Global Biodefense features the CBC Catalyst Award-supported work of to Yuan He, NU on a paramyxovirus 3D structure 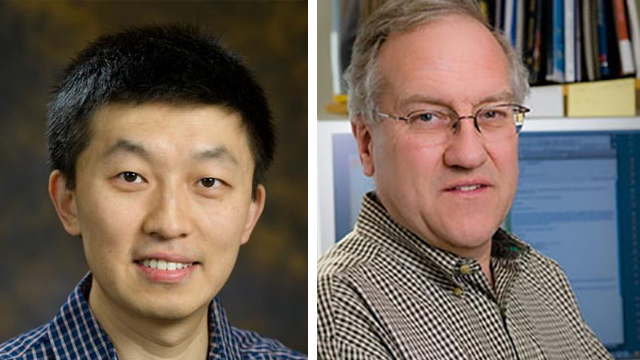 Enjoy the article reposted below from the Global Biodefence.

The atomic structure of a polymerase in human parainfluenza virus 5 reveals an irregular, round-shaped globule with a long tail made of four phosphoproteins. The structure contains more than 2,000 amino acids and five proteins. Credit: Northwestern University. Source: Global Biodefence.

Northwestern University researchers have, for the first time, determined the 3D atomic structure of a key complex in paramyxoviruses, a family of viruses that includes measles, mumps, human parainfluenza and respiratory syncytial virus (RSV).

The study will be published on Feb. 17 in the Proceedings of the National Academy of Sciences.

“This machinery has a dual-function,” He said. “It gets both jobs done with one enzyme. The virus’s genome is so small, and this gives it economy of scale.”