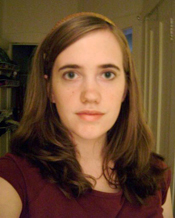 The avian and mammalian cerebral hemispheres are by histology profoundly different. The mammalian dorsal telencephalon (DT) contains the six-layered cerebral cortex, or neocortex. The expanded surface area of this structure in humans is thought to be responsible for the advanced cognitive abilities associated with our species. The bird DT, however, does not contain any layered structures, but instead comprises large, complex nuclei. This anatomical disparity has made it difficult to determine what, if any, structure in the bird DT is homologous to the mammalian neocortex, and this remains an extremely controversial question in evolutionary neurobiology.

One strong hypothesis, based on similarities in neuronal connectivity, proposes that specific DT neuronal cell types are conserved across birds and mammals. These include the input neurons, which receive sensory input via the dorsal thalamus, and the output neurons, which project out of the DT to the brainstem and spinal cord. In mammals the input and output neurons populate neocortical layers 4 and 5 respectively, whereas in birds they form discrete sets of nuclei located throughout the DT. This cell type homology hypothesis is often called the ‘Karten hypothesis’ after its originator and main proponent.

Over the past decade, research in the rodent has identified genes that are specifically expressed in neocortical layer 4 or layer 5 neurons. Our lab has used these molecular tools to test the cell type homology hypothesis. We established that the expression profiles of layer 4 input (L4/I) and layer 5 output (L5/O) cells are conserved across two distantly related mammalian species, the mouse and ferret. We have also provided conclusive molecular evidence that these neurons are present in a number of non-mammalian species, including the chick, zebra finch, and turtle, establishing that these neurons are indeed conserved across the amniotes.

I am currently exploring the developmental specification of these conserved L4/I and L5/O cell types. The chick embryonic system has proved immensely valuable for elucidating the mechanisms underlying the developmental specification of neuronal cell types, most notably for spinal cord and hindbrain motor neurons. The identification of conserved neocortical neurons in the chick DT makes it possible for the first time to use this model system to explore neocortical cell type development. My goal is to identify similarities and differences in how mammals and chicks generate conserved neocortical cell types. Mechanisms conserved across such vast evolutionary distances are likely to be essential for generating these cell types, and understanding these mechanisms will have important biomedical implications. Divergent mechanisms, conversely, may account for the profound structural differences between mammalian and bird forebrains.