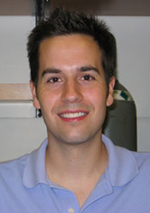 Advances in genome sequencing have made personal genomics a cost-effective reality.  Yet the interpretation and analysis of these vast data sets remain challenging.  For example, comparing any two human genomes to each other reveals an average of 3 million differences; which are of clinical importance and which serve no functional consequence?  Furthermore, these classifications are not absolute.  Some cryptic differences elicit effects only when correlated with other genomic differences or certain environments.  It is thought that genetic polymorphisms of this third type underlie human traits such as height, weight, disease severity, and pharmaceutical responses.  Understanding mechanisms that normally mask these cryptic differences has the potential to greatly expand the predictive power of personal genomics.

We hypothesized that a class of gene silencers called ‘microRNAs’ might play a major role in masking cryptic genomic differences.  These small RNAs are weak regulatory genes with the potential to fine-tune thousands of other genes.  To test these ideas, we carefully established microRNA mutant and non-mutant populations of Drosophila with similar genomic landscapes and measured quantitative traits.  Animals mutant for microRNAs had significantly increased trait variance and were more sensitive to temperature perturbations.  We confirmed that these traits had a significantly increased heritable component through a quantitative genetic approach that estimated evolutionary rates through regression analysis.  To more directly measure these cryptic differences, we sequenced the genomes from several evolved and non-evolved populations that were either mutant or non-mutant for microRNAs.  A comparative genomic analysis identified signatures of selection that clearly differed in microRNA mutants.  Collectively, these results provide the first direct experimental evidence that the subtle regulatory action of microRNAs can stabilize gene networks from cryptic genomic differences.  Accounting for microRNA dose could increase the predictive power of personal genomic models and improve their clinical value.