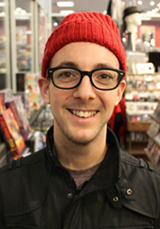 On April 26, 2012, Tim successfully successfully defended his thesis: “Cancer Risk at the Interface of Genomics and the Environment.” Congratulations!

Timothy is interested in understanding genetic susceptibility to Hodgkin’s lymphoma and to late adverse outcomes following successful treatment. In a genome-wide association study of Hodgkin’s lymphoma, he demonstrated that multiple independent alleles at the HLA locus on chromosome 6 were associated with the disease. Hodgkin’s lymphoma is frequently treated with high dose radiation, which, while often curative, has has been linked to the development of second primary cancers later in life. To identify genetic risk factors for these radiation-induced cancers he performed another genome-wide association study in Hodgkin’s lymphoma survivors, of whom half developed a second malignancy. He showed that variants localizing to the PRDM1 gene locus were significantly and reproducibly associated with radiation-induced cancers. Further, he demonstrated that carriage of these variants had a profound effect on PRDM1 expression following ionizing radiation. He is currently working on elucidating the mechanistic regulators of PRDM1 expression in the context of radiation exposure.