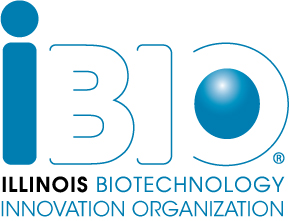 CBC Executive Director Jim Audia was an invited guest of iBIO President and CEO, John Conrad at Thursday’s (April 12, 2018) iBIO Board meeting, hosted by Takeda Pharmaceuticals. While there, Jim shared with the group his evolving vision for CBC as the Phase 2 programming is becoming a reality, and highlighted several of the current programs. He updated the group on the impact of the CBC Accelerator Network (CBCAN), increasing the awareness of many of the Board members of the role that they can play in this forum and the opportunity for synergy with both iBIO and its industry partners. He introduced the CBC Accelerator Award, showcasing the 8 finalists for the initial round of awards, and celebrated the most recent CBC Catalyst Award recipients. Finally, Jim introduced the CBC Entrepreneurial Fellows program, again reinforcing the opportunity that this program presents across the community to increase the pool of biotech/biomedical entrepreneurial talent in the Chicago area. The presentation was well received and invoked a lively discussion. CBC thanks John for the invitation and the iBIO board for their engagement.