The CBC welcomed the new 2014 cohort of CBC Scholars at a celebratory luncheon held on Wednesday, February 12, 2014, at Emilio’s Tapas restaurant in downtown Chicago. The lunch was the first opportunity of the year for the new and returning Scholars to introduce themselves and to discuss their exciting research with each of their peers. It was also the perfect occasion for the new Scholars to learn more about the CBC Scholars Program and how they can participate in activities with students from the three CBC universities to advance the CBC mission of fostering collaboration and excellence. During the last half hour of the lunch, the Scholars brainstormed new ideas for the year. Discussion centered on how they could increase Scholar interaction between the three CBC universities, how they can utilize Scholar activities to increase awareness of CBC funded research within the Chicago community, and to organize career development sessions.

The CBC is delighted to introduce the Class of 2014: 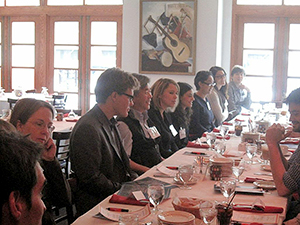 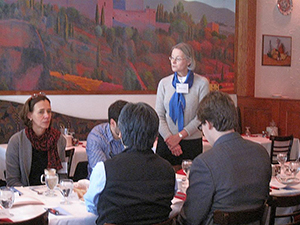