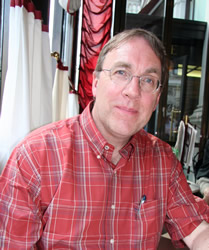 The CBC is pleased to announce that, as of June 1, 2011, Brian K. Kay, PhD (right) has become the new CBC Scientific Director for the University of Illinois at Chicago (UIC). Dr. Kay was nominated by the UIC Acting Provost Jerry Bauman and his appointment was approved by Northwestern and UChicago Provosts, Daniel Linzer and Thomas Rosenbaum, respectively. He joins Scientific Directors Shohei Koide (UChicago) and Rick Morimoto (NU). The CBC Scientific Directors work closely with the philanthropists, faculty researchers and administrators at the three CBC universities, to advance the CBC mission of fostering and strengthening collaborative research in the Chicago area. Dr. Kay joins CBC Program Manager Tarra Barot as the primary UIC liaisons with the CBC. 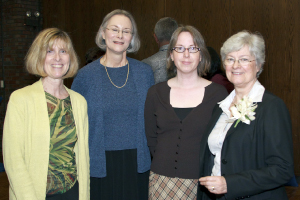 Dr. Kay takes over the UIC CBC Scientific Director position from one of the founders of the CBC, Brenda Russell, PhD. Dr. Russell retired from her duties in UIC academic administration on May 31, 2011, and stepped down as the UIC CBC Scientific Director. Dr. Russell will take a hiatus from UIC this summer but will return in the fall to her NIH-funded research and teaching in the Department of Physiology and Biophysics at UIC. We wish to thank Dr. Russell for the scientific leadership, program development, and collaborative spirit she has provided the CBC since its inception in 2002. Dr. Russell will be missed as a scientific director, advisor, colleague, and friend. The CBC wishes Dr. Russell all the best in the continuation of her active research and teaching career.