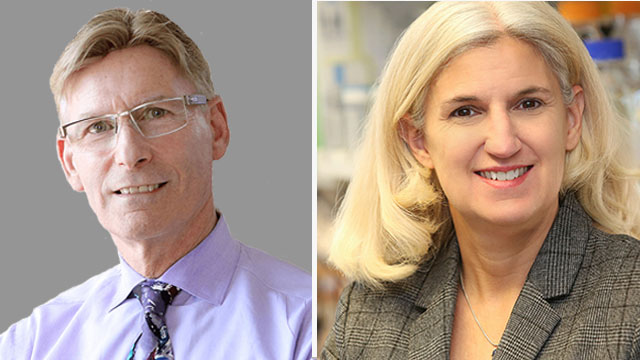 Two recipients of the CBC Accelerator Award presented on their respective programs. Each Principal Investigator delivered a 20-minute presentation summarizing the accomplishments enabled by the first year of CBC funding. The PIs detailed the milestones that had been proposed during the application process and described the achievements that were accomplished and challenges that were encountered. The awardees then pitched their proposed plan for a second year of up to $150K of funding.

Following the presentations, the audience provided verbal and written feedback during the Q & A portion of the CBCAN session for the Investigators to consider when submitting their proposal application for Year 2 funding. Rick Morimoto, Interim Executive Director and Scientific Director for the CBC served as the event moderator.

Accelerator Awardees who presented their progress to date and pitched for Year 2 funding include:

The CBCAN event was well attended with nearly 70 participants from our member institutions (UIC, UChicago and Northwestern) along with representatives from local biotechnology and pharmaceutical companies.
Drs. Silverman and Satchell were both invited to move forward with the award application process and will both submit online written proposals by Friday, June 25th.

Please join us on May 6th and May 20th, for a series of scientific presentations from PIs who will be pitching for their first year of Accelerator Award funding.