UChicago remains in 3rd, Northwestern climbs by 1 notch to 10th and UIC jumps by 16 to 129th place, nationwide!

The CBC is proud to report that the three CBC universities are doing well, according to a recent analysis by U.S. News and World Report. To rank the universities, U.S. News and World Report evaluates schools on 16 measures of academic quality, including retention and graduation rates as well as faculty. The CBC schools ranked: UChicago #3, NU #10 and UIC #129. Congratulations!

Northwestern moved up a notch to tenth place and U of C kept its No. 3 spot, but the big change in this year’s U.S. News rankings came for the University of Illinois at Chicago. 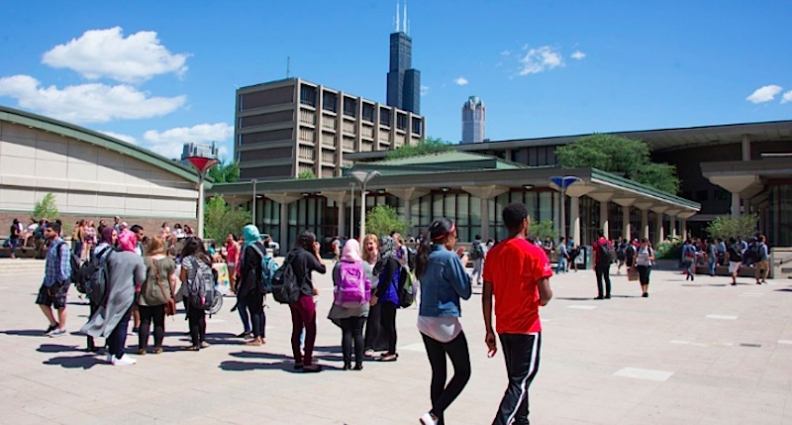 In this year’s annual U.S. News and World Report ranking of national universities, Evanston-based Northwestern University moved up a notch to a tenth place tie with Johns Hopkins University of Maryland, while the University of Chicago maintained its spot in a tie at third place with three eastern schools, Columbia University, Yale University and Massachusetts Institute of Technology.

The big change came for the University of Illinois at Chicago, which jumped to 129th this year from a 145th place finish last year, according to the ranking that evaluates schools on 16 measures of academic quality, including retention and graduation rates as well as faculty. UIC, located on the west side of the city, climbed last year also, from 152.

UIC logged its fifth straight year of enrollment growth this year, topping 30,000 students last year. It has attracted students with its big-city campus and strong research credentials. The university has been building a new engineering complex and residence hall, and last week UIC Chancellor Michael Amiridis said the school set out to build two more academic buildings, one for drug research and another for computer science.

Another set of rankings last week by the Wall Street Journal, placed UIC in 7th place in terms of the “best value,” among 250 schools nationally.

In the U.S. News and World Report rankings, the University of Illinois at Urbana-Champaign this year reversed a plunge last year, shifting back up to 46th place from 52nd last year, after dropping from its 44th spot the prior year. The school attributed the decline last year to the state’s budget stalemate, which deprived the state’s schools and students of funding.

Among public schools, the U.S. News and World Report placed UIUC at 13th in a tie with the University of Georgia, and placed UIC in a tie at the 61st spot with five schools.

The University of Notre Dame, located just across the border in Indiana, remained 18th among national universities, while Loyola University of Chicago ranked 89th, Illinois Institute of Technology was in 96th place, and DePaul University was at 119th.

Adapted (with modifications) from the Crain’s Chicago Business by Lynne Marek, published on September 10, 2018.