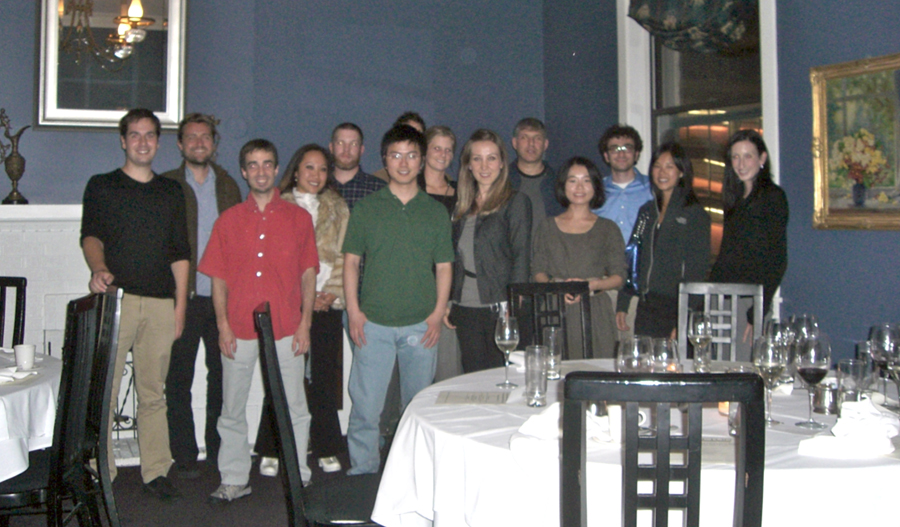 On September 14, 2011, the CBC hosted a dinner at Crofton on Wells for the CBC Scholars and two Searle Scholars, David Biron and David McLean, who are Assistant Professors at UChicago and Northwestern, respectively. Lively dinner discussions took place with the Searle Scholars offering suggestions and advice in a number of areas, from selecting a post-doctoral mentor, to grant strategy, to career paths, to ways to balance life and a career in academic science. CBC Scholar Justin Cassidy (NU) said, “It was wonderful to get presentation tips and insights into the funding process from such great role models!” Bryan Singer (CBC Scholar at UChicago) had a very insightful conversation with David Biron: “Although David gave some very useful guidance on continuing our scientific careers, some of the most interesting aspects of our conversation centered around the discussion of differences in philosophic approaches to research in the biological and physical sciences, as well as how advancements in technology have effected progress in science over the years.”