Dr. Milan Mrksich, Professor at NU, received the iCON Innovator Award at the Annual iBIO iCON Awards Dinner on September 22, 2016. Dr. Mrksich was recognized as a leader in the science and engineering of materials that interact with biological tissues and environments. His laboratory has pioneered multiple technologies including integrating living cells with microelectronic devices, new strategies for high throughput assays for small molecule discoveries, and generating synthetic proteins for applications as therapeutics.

Most notably, he developed the SAMDI biochip technology, which allows enzymes to be tested at an extremely high rate and has become the leading ‘label-free’ technology in drug discovery. This technology has been commercialized and is used for discovering drug leads by global pharmaceutical companies.

Dr. Mrksich is a member of the CBC family and has received Catalyst and Lever Awards. In addition, he has served on the Spark Review Panel and has taken part in multiple CBC Symposia and Tech Days. 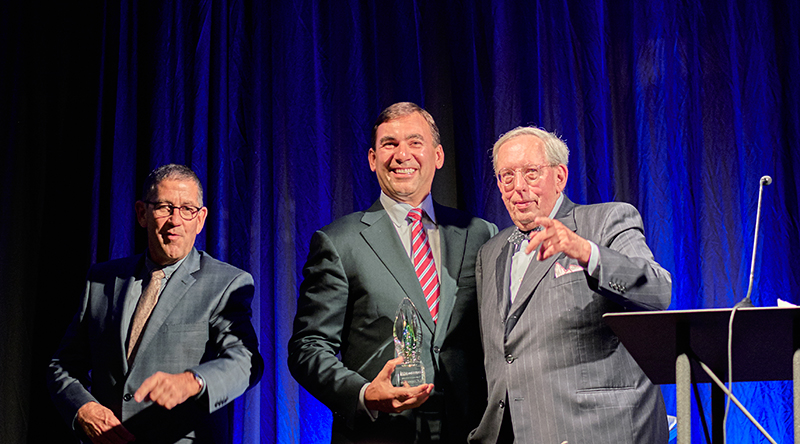