Kidney in a test tube?

Congratulations to Jason Wertheim, NU and Jeffrey Hubbell, UChicago featured in yesterday’s Crain’s Chicago Business! Wertheim — a transplant surgeon and scientist — and Hubbell — a bioengineer — joined forces to attempt to grow new kidneys in a laboratory. If successful, such lab-grown kidneys could solve a growing problem for those patients waiting years to receive a kidney transplant. The work is primarily funded by the NIH, but has also received CBC support via a 2016 Catalyst Award to Wertheim and Hubbell for the project: “Restoring the Renal Extracellular Matrix Using Engineered Growth Factors.” In addition, Wertheim and two of his postdoctoral fellows received CBC Postdoctoral Research Awards (2015 and 2014, respectively) to support this line of research (see below). CBC’s efforts to facilitate Chicago-based collaborative biomedical research among scientists at different institutions with different areas of expertise are also acknowledged by the Crain’s.

Grow your own kidney? Chicago researchers are getting closer

About 3,400 people in Illinois await a kidney transplant—many for five years. A Northwestern Medicine team working to make new organs in the lab could cut that wait. 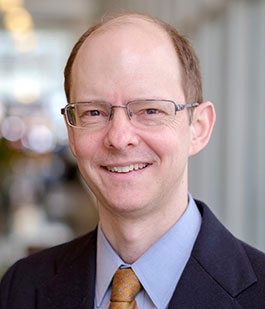 About 3,400 people in Illinois are waiting for a kidney transplant. Many can expect to wait five years before a match becomes available. But local researchers who are developing technology to restore, or even build, human kidneys in labs say the wait could be shorter in the future.

A team at Northwestern Medicine is developing techniques that could one day create functional kidneys in their Streeterville lab, says Dr. Jason Wertheim, a transplant surgeon at Northwestern Memorial Hospital and vice chair for research in the department of surgery at Northwestern University’s Feinberg School of Medicine. Funded partly by a $1.5 million grant from the National Institutes of Health, the researchers use chemicals to strip animals’ cells from their organs, leaving behind only scaffolds—”the structural building blocks of organs,” Wertheim said. It’s expensive work, which is why the team is currently using tiny rat kidneys that require fewer of the costly nutrients needed for cells to grow.

Though the concept itself has been around for decades, researchers now have the tools to grow blood vessels within scaffolds.

“We want to get to a point where we can develop a kidney scaffold that we can implant into a recipient animal that could have blood flowing through it and be able to deliver those critical nutrients to growing cells that would later develop into kidney tissue,” Wertheim said.

In addition to the grant from the National Institutes of Health, other sources of funding have enabled technological advancements and, perhaps more important, fueled collaboration with various specialists—including engineers, biologists and doctors—from other institutions.

Wertheim’s Northwestern team works closely with the University of Chicago’s Institute for Molecular Engineering to advance kidney regenerative medicine. The two universities have a shared grant through the Chicago Biomedical Consortium, which aims to facilitate collaboration among scientists.

Bringing different skill sets together allows the groups to “accomplish something that would be difficult for individual labs to accomplish,” said Jeffrey Hubbell, Eugene Bell professor in tissue engineering at U of C. “We’re all interested in solving a medical problem—a global need—and we saw an opportunity to have an impact.”

Wertheim said the researchers share data and work together to develop metrics and standards to better measure their progress.

“Science tends to be unpredictable,” he added. “There’s still a ways to go, and we can’t really tell how far we are” from developing a functional kidney. “But if we can develop those benchmarks, that actually may give us a guide.”

Nearly 800 kidney transplants were performed in Illinois last year using organs from living and deceased donors. That number of transplants would soar if doctors had the ability to restore a patient’s failing kidney or build a match using a scaffold. Today, patients who can’t find a match must endure grueling treatments like hemodialysis, which is typically done three times a week for about four hours at a time. Meanwhile, Medicare spending for both chronic kidney disease and end-stage renal disease was more than $114 billion in 2016, according to the latest U.S. Renal Data System report.

“Being able to tell a patient, ‘Hey, we have an organ for you for transplant,’ ” Wertheim said, “it essentially gives patients a new lease on life, and it can remove them from needing dialysis.”

Source:
Adapted (with modifications) from the Crain’s Chicago Business, by Stephanie Goldberg, published on February 13, 2019.