Migraineurs – hope is on the horizon!

Supported in part through a CBC Director’s Fund Award, Richard Kraig, UChicago, reports in Brain Research his new findings on the development of a promising migraine therapeutic 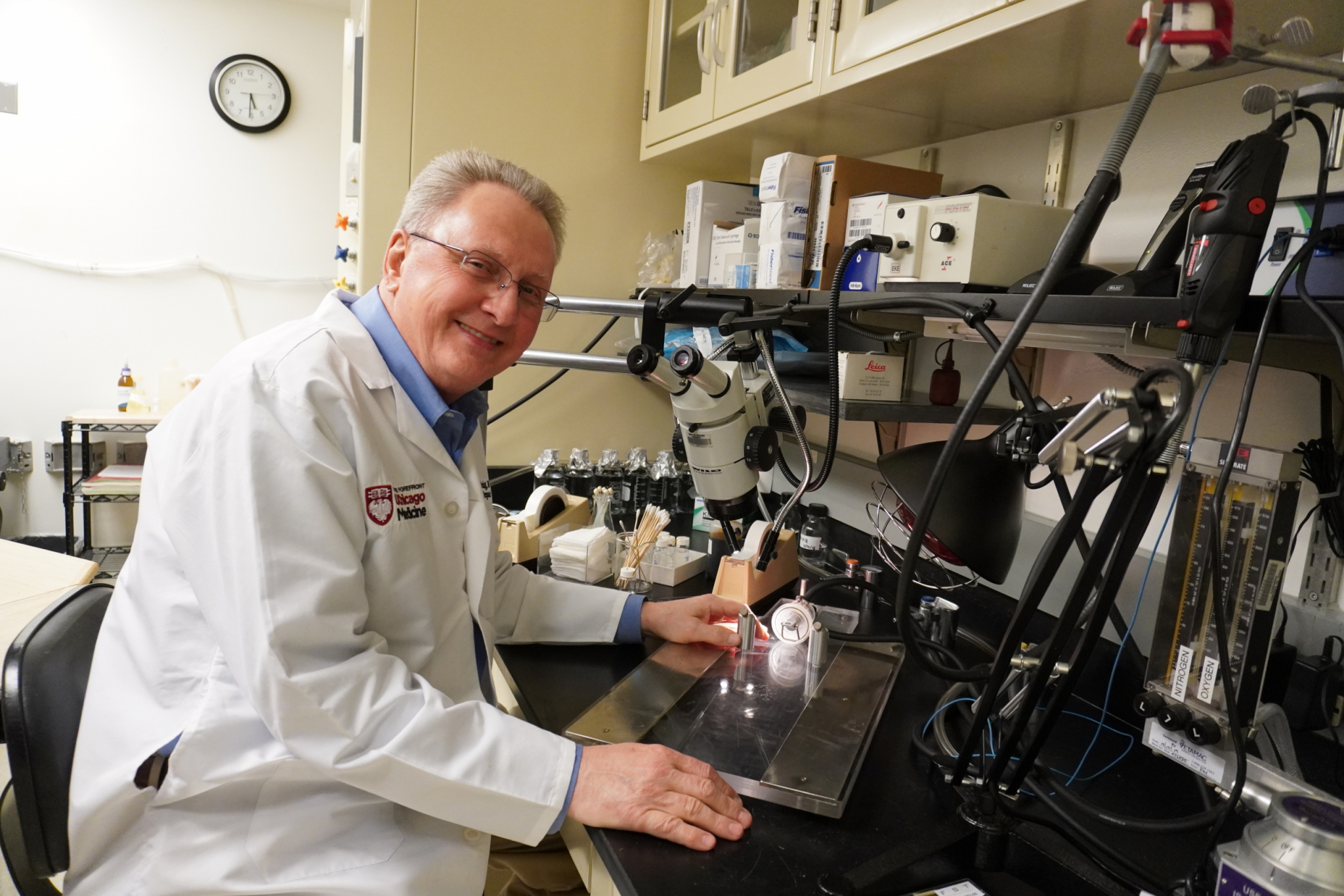 Kraig, who is the William D. Mabie Professor in the Neurosciences at UChicago, received a CBC Director’s Fund Award in 2019 for the project titled “Development of Fluorine-labelled IGF-1 Probes for Future Imaging in vivo.” The project was successfully completed in mid-2019 with a premise that the probes will be used in the future studies in vivo to investigate nose-to-brain delivery of insulin-like growth factor-1 (IGF-1) as a migraine treatment. The overarching aim of the studies is to develop a new line of anti-migraine therapeutics, now in the hands of a UChicago spinoff company, Seurat Therapeutics, in collaboration with Kraig who serves as CSO of Seurat. The Brain Research study is a summary of the preclinical studies of IGF-1 intranasal applications in a rat migraine model system.

The CBC Director’s Fund Award program was established in late 2018 by former CBC Executive Director Jim Audia as a corollary of the CBC Accelerator Award program. The Director’s Fund became a vehicle through which experiments, designed in collaboration with the CBC Executive Director who provided drug discovery/development expertise, could be efficiently funded to address one or more weakness, strengthening the project for future funding through CBC or other award/granting agencies. To date, eight Director’s Fund Awards have been made.

“Research programs like Rich’s at UChicago and Seurat can often benefit from small sums of focused funding that enable a key experiment on the path to therapeutic development. This was exactly our motivation for creating the Director’s Fund,” said Audia.

February 10, 2020  |  The UChicago’s Polsky Center for Entrepreneurship and Innovation News

“Migraine is such a large and fast-growing market due to our increasing knowledge about the biological mechanisms underlying migraine attacks,” said Yuan Zhang, AB ’09, MS ’14 and PhD’16, CEO of Seurat Therapeutics.

Looking to make its entrance in this market, Seurat today announced the publication of preclinical studies of its lead product candidate – intranasal insulin-like growth factor-1 (IGF-1) – in the scientific journal Brain Research.

The studies were conducted in a rat model of migraine headaches at Dr. Richard Kraig’s laboratory at the University of Chicago. Kraig is the William D. Mabie Professor in the Neurosciences at the University and chief scientific officer of Seurat.

According to the company, which is the world-wide licensee of patents for nasal IGF-1 treatment of migraine headaches from UChicago, IGF-1 safety and effectively dampened the activation of a known site of pain origin in migraine headaches.

“Intranasal IGF-1 has a unique effect on both peripheral and central parts of the nervous system associated with migraine,” said Kraig. 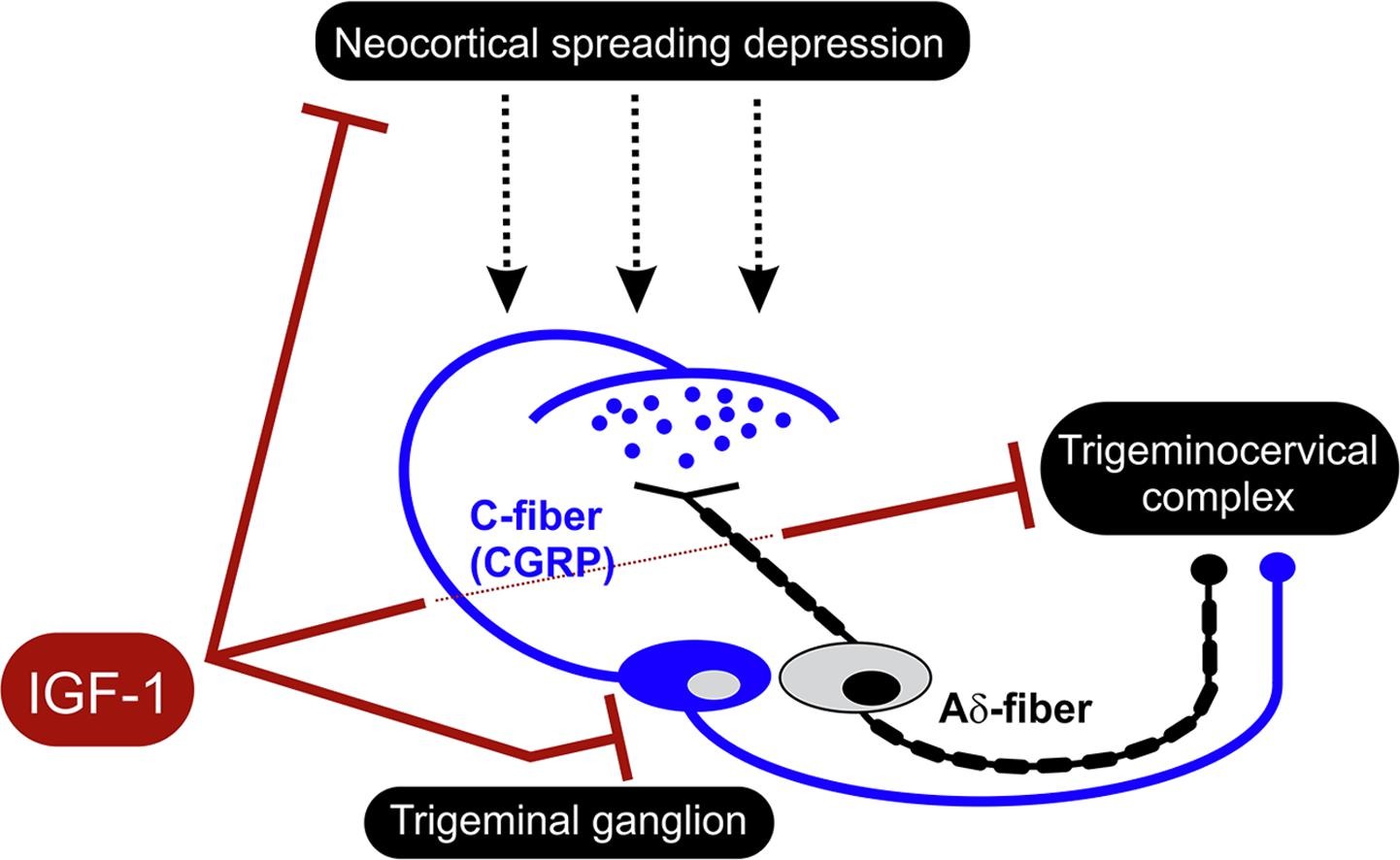 Delivered via a nasal spray, IGF-1 reduced trigeminal pain pathway activation, oxidative stress, and calcitonin gene-related peptide (CGRP) levels. The results suggest that IGF-1 could be effective in humans – and are especially promising given the US Food and Drug Administration’s recent approval of an oral CGRP receptor antagonist for the acute treatment of migraine.

Additionally, by using a targeted intranasal delivery, Zhang said drug concentrations are rapidly increased, while the potential for unwanted side effects, such as hypoglycemia, is reduced.

“The fact that IGF-1 is a molecule that is FDA-approved for treatment of growth hormone factor deficiency in children for over 20 years, can de-risk parts of Seurat’s future research and development process, since historical data suggests the drug could be well-tolerated,” added Martin Sanders, MD, Seurat Chairman.

As for next steps, Zhang said the team is aggressively moving through preclinical development and expects to complete the necessary regulatory studies to initiate clinical trials in humans within two years.

Dr. Kraig and his team also are looking into other neurological disorders, such as seizures, to determine if IGF-1 could be developed into a platform therapeutic to treat various diseases.

SOURCE:
Adapted (with modifications) from The UChicago’s Polsky Center for Entrepreneurship and Innovation News, published on February 10, 2020.