With the continuously aging population, including already 5.7 million Alzheimer Disease (AD) patients in the US alone, the society is in high demand for an adequate caretakers workforce. As communicating with patients who suffer from dementia becomes more and more difficult overtime, researchers have turned to virtual reality to help the caregivers—medical students, doctors, nurses and even family members—to experience what it may feel to have AD. Better understanding of the disease from the patient’s perspective will help to build empathy and provide better care for the patients. CBC affiliate, Dr. Neelum Aggarwal of the Rush Alzheimer’s Disease Center employs dementia virtual reality in her work, and is featured in the article below that was recently published in the Chicago Tribune. Dr. Neelum Aggarwal is a CBC Accelerator Review Board member. The CBC Accelerator Award program supports translational research towards the development of a therapeutic or an associated biomarker or diagnostic.

Virtual reality programs may help you find out 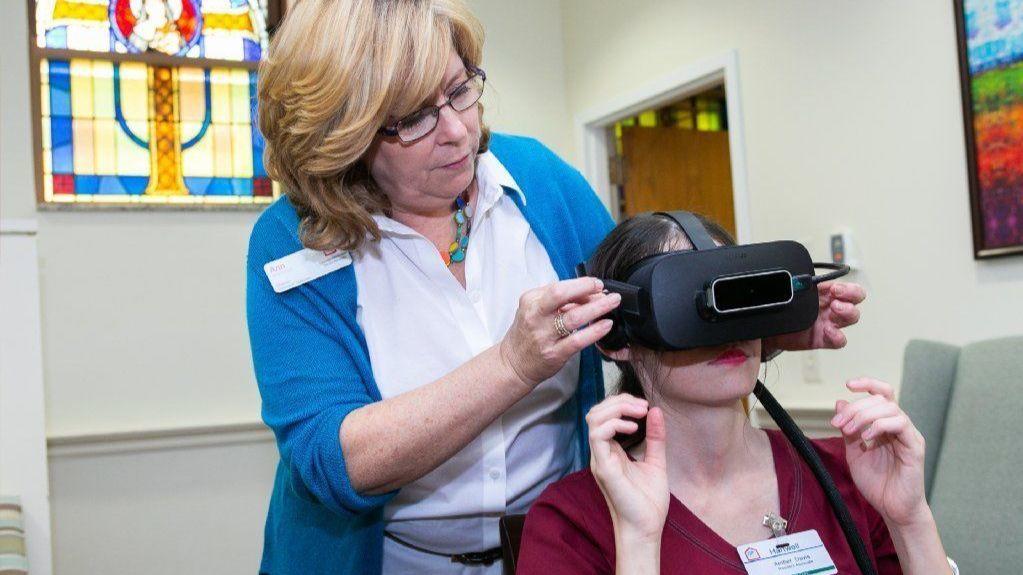 Ann Brennan, director of volunteer services for Chicago Methodist Senior Services, puts a virtual reality headset on Amber Davis at Hartwell Place in Andersonville, as she prepares to go through a lab designed to help caregivers understand how it feels to live with dementia. (Kristan Lieb / For the Chicago Tribune)

After experiencing the world as a woman with Alzheimer’s disease, Ana Lebron took off her virtual reality headset and began to cry.

She couldn’t pinpoint which part of the experience left her in tears. After all, she works with Alzheimer’s patients every day as an activities coordinator at assisted living facility Hartwell Place in Andersonville.

But when she put on that headset and tried to navigate a virtual grocery store, the lights were overpowering, and the food labels were fuzzy. When people spoke to her, their words were distorted. Her virtual family members shot her frustrated glances before they understood why she kept forgetting holidays, faces and how to cook.

“This brings it home even more,” Lebron, said of the experience.

With 5.7 million Americans living with Alzheimer’s, care facilities and schools are continuously searching for ways to better train caregivers. In recent years, some schools and facilities have turned to a new approach: virtual reality. By putting on a headset, caregivers and others can experience life through the eyes and ears of an individual with Alzheimer’s, even hearing that person’s thoughts.

Leaders of Chicago Methodist Senior Services, which includes Hartwell Place, hope to train all their workers with a program from Los Angeles-based Embodied Labs.

On a recent day, new Hartwell employees took turns sitting before a laptop and donning the headsets to experience life as Beatriz, a fictional math teacher in her 60s advancing through the stages of Alzheimer’s. By wearing the headsets, the workers could look around Beatriz’s world, hear sounds as she would and hear Beatriz’s thoughts. They could even move Beatriz’s hands by moving their own, thanks to a camera on the headset.

In the early stages of Alzheimer’s, Beatriz sat at a park with her grown daughter but grew paranoid when she thought her daughter had taken her purse. In a middle stage of the disease, she sat in her living room, but a roar filled the air and the shadow of a man jerked violently against the wall. She cried out for help. The roar turned out to be the noise from a fan, and the menacing shadow disappeared once her daughter opened the windows, letting light fill the room. 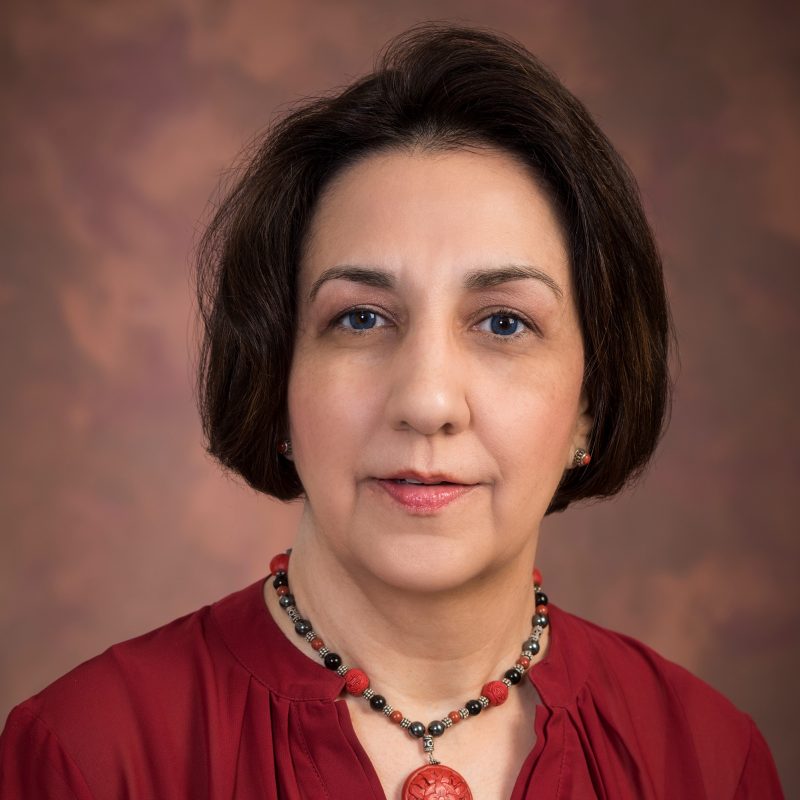 “You are there and you are observing this and you have a deep sense of feeling of what’s happening,” said Dr. Neelum Aggarwal of the Rush Alzheimer’s Disease Center. Aggarwal worked with Embodied Labs, as an advisor, to develop Beatriz and the scenarios she goes through. “We know when there’s an emotional connection to something, that whole experience is enhanced and virtual reality seems to be able to do this.”

Rush is now piloting the Embodied Labs program with 60 Rush medical, pharmacy and nursing students, Aggarwal said. Students’ levels of empathy and bias, and beliefs about aging will be measured before and after participating in the virtual reality modules, and they’ll discuss their impressions together.

“Caregivers of people with dementia often ask me, ‘What is she feeling? I don’t know what it’s like,’” Aggarwal said. “My hope is we not only focus on providers and students that will become future physicians but let’s also use this with the caregivers to help them.”

Embodied Labs CEO Carrie Shaw developed the prototype of the program as a graduate student at the University of Illinois Chicago in 2015 and 2016, inspired by her mother who had early onset Alzheimer’s. She said the program has trained more than 2,000 caregivers across 50 organizations in 14 states and four countries. The company charges about $2,000 for the headset and other equipment and a monthly subscription fee of about $250 to $600 for the virtual reality experiences, depending on the size of the organization.

Other organizations are also working to help caregivers experience – and not just learn about – their Alzheimer’s patients’ conditions.

Georgia-based nonprofit Second Wind Dreams created a “virtual dementia tour” in 2001, in which participants wear special glasses, gloves and headphones, among other things, to simulate the experience of having dementia. Northwestern Medicine’s Mesulam Cognitive Neurology and Alzheimer’s Disease Center has had a “Buddy Program” since 1997, a program that pairs medical students with people with early-stage dementia.

And Dementia Australia, like Embodied Labs, offers a virtual reality program that lets users step into the world of a person with dementia.

Such virtual reality programs are yet one more way to help caregivers better understand their patients, said Beth Kallmyer, Alzheimer’s Association vice president for care and support. She said there’s a real need for additional training for caregivers for people with dementia and Alzheimer’s.

“It is a very, very stressful situation for the caregiver, psychologically, emotionally, financially, physically,” Kallmyer said. “What we know is when caregivers are prepared in advance for what’s going to occur they’re going to be better able to handle it.”

Lebron, the activities coordinator at Hartwell, said she’s not sure if the virtual reality experience will make her do her job any differently. She said she’s always tried to approach patients with empathy and cheer — though the experience was still eye-opening.

But Ann Brennan, director of volunteer services for Chicago Methodist, said she had a better understanding, after the virtual reality program, of why patients sometimes become aggressive, angry or isolated.

“We’ve read, we’ve had classroom studies, we observe, but to actually immerse yourself in it and be that person has been remarkable,” Brennan said. “When you see people take off that oculus, oftentimes there’s a big sigh like, ‘Oh my gosh, I’m so glad I can step out of Beatriz’s shoes.’”

Adapted (with modifications) from the Chicago Tribune, by Lisa Schencker, published on August 14, 2018.