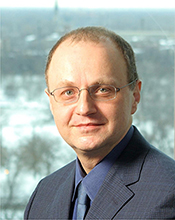 Could environmental pollution contribute to the development of neuropsychiatric disorders? An answer of “yes,” appears to be supported by data from a recent study published in PLoS Biology, “Environmental pollution is associated with increased risk of psychiatric disorders in the US and Denmark.” Using large data-set analysis of US and Denmark population living in clean and polluted air environments, Andrey Rzhetsky, UChicago, and his collaborators, showed that, both in the US and in Europe, a similar positive correlation was found between the level of air pollutants and the frequency of occurrence of similar types of neuropsychiatric disorders.

Although this is only a correlation and it would be incorrect to say that the air pollution directly causes these diseases, the authors speculate on the potential mechanisms through which bad air quality could adversely influence neurodevelopment in fetuses and children growing under such disadvantageous conditions. Air pollutants could trigger neuroinflammation, which, in consequence, could perturb normal neurodevelopment resulting in subtle deficits of the brain, manifesting itself in the development of psychiatric conditions, which typically peak around the time of childhood to adulthood transition.

The study is certainly provocative in its message, and the fact that similar statistical data was obtained in two very different countries provides a certain measure of validation. However, more research is needed to pinpoint specific pollutants and to investigate the putative pathways linking the cause with the effect.

The publication was partially funded by an $11.75 million grant from the National Institute of Mental Health (P50MH094267), which was matched in 2012 by a $2 million CBC Lever Award to Andrey Rzhetsky (UChicago), Edwin Cook (UIC), and Richard Morimoto (NU) to support the Silvio O. Conte Center on the Computational Systems Genomics of Psychiatric Disorders. The Conte Center, a multi-institutional effort, was established at the University of Chicago, with a goal to apply data mining strategies to study mental disorders. Specifically the center aimed to design and validate a battery of novel analytical tools for the inference of causal relationships among human genomic variations, environmental factors, and more than one neurodevelopmental phenotype, explicitly exploiting the genetic and environmental non-independence of complex (multigenic) disorders. 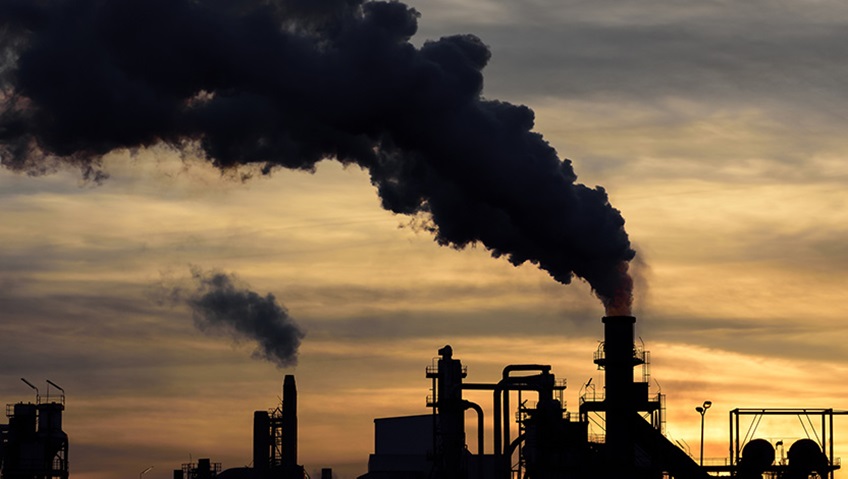 A new study led by University of Chicago researchers suggests a significant link between exposure to environmental pollution and an increase in the prevalence of neuropsychiatric disorders.

Based on analysis of large population data sets from both the United States and Denmark, the study, published in PLoS Biology, found poor air quality associated with increased rates of bipolar disorder and major depression in both countries.

“Our studies in the United States and Denmark show that living in polluted areas, especially early in life, is predictive of mental disorders,” said computational biologist Atif Khan, PhD, the first author of the new study. “These neurological and psychiatric diseases—so costly in both financial and social terms—appear linked to the physical environment, particularly air quality.”

Khan and Andrey Rzhetsky, PhD, Edna K. Papazian Professor of Medicine and Human Genetics and the paper’s senior author, used a U.S. health insurance database of 151 million individuals with 11 years of inpatient and outpatient claims for neuropsychiatric diseases. They compared the geo-incidence of claims to measurements of 87 potential air pollutants from the United States Environmental Protection Agency (EPA). The counties with the worst air quality had a 27 percent increase in bipolar disorder and 6 percent increase in major depression when compared to those with the best air quality. The team also found a strong association between polluted soil and an increased risk of personality disorder.

Because these correlations seemed unusually strong, the team sought to validate their findings by applying the methodology on data from another country. Denmark tracks environmental quality indicators over much smaller areas (a little over one-quarter of a mile) than does the EPA. The UChicago team collaborated with Denmark-based researchers Aarhus to analyze Danish national treatment registers with data from 1.4 million people born in Denmark between 1979 and 2002. The researchers examined the incidence of neuropsychiatric disease in Danish adults who had lived in areas with poor environmental quality up to their tenth birthdays.

Researchers have long suspected that genetic and neurochemical factors interact at different levels to affect the onset, severity and progression of these illnesses. So far, scientists have found only modest associations between individual genetic variants and neuropsychiatric disease: for most common polymorphisms, disease risk increase is small, perhaps less than 10 percent. This fact led Rzhetsky, who has been studying the genetic roots of a wide variety of neuropsychiatric diseases for over two decades, to look for other molecular factors that might trigger or contribute to the disease mechanism.

Khan, Rzhetsky and the team worked on the project for over two years, enhancing their models with additional mathematical analyses and data sources. Nevertheless, their findings are not without controversy: other researchers in the field have noted that this substantial correlation still does not confirm pollution actually triggers the diseases. Rzhetsky’s previous work on the correlation between air quality and asthma – which used similar methodology – met with no resistance from journals or the broader scientific community. Rzhetsky adds that in experiments on animals exposed to pollution, the animals show signs of cognitive impairment and depression-like behavioral symptoms.

While the study did not address the question of how air pollution might trigger neural effects, a large body of experimental studies in animal models suggests that polluting chemicals affect neuroinflammatory pathways and set the stage for later neurodevelopmental problems—many of which occur at the end of childhood as children become adults.

The study, “Environmental pollution is associated with increased risk of psychiatric disorders in US and Denmark” was supported by Liz and Kent Dauten, the National Institutes of Health, NordForsk, and the DARPA Big Mechanism program. Additional authors include Oleguer Plana-Ripoll, Sussie Antonsen, Jørgen Brandt, Camilla Geels and Carsten Bøcker Pedersen of Aarhus University, Hannah Landecker of the University of California Los Angeles and Patrick Sullivan of the University of North Carolina at Chapel Hill.

This work was funded by the NordForsk project 75007: Understanding the Link Between Air Pollution and Distribution of Related Health Impacts and Welfare in the Nordic countries (NordicWelfAir); the DARPA Big Mechanism program under ARO contract W911NF1410333; by National Institutes of Health grants R01HL122712, 1P50MH094267, and U01HL108634-01; and by a gift from Liz and Kent Dauten.

Adopted (with modifications) from UChicago Medicine, At the Forefront, by Sarah Richards, published August 19, 2019.

March 7, 2018
▸ Following a “weather forecast for the flu” may help contain the spread in the U.S. – predicts a CBC community member and a past CBC awardee, Andrey Rzhetsky