Congratulations to the Tirrell group at UChicago, who recently published in the journal Science some rather unexpected findings from their research. The authors examined the behavior of so the called ‘polyelectrolyte brushes’ in water and in ionic solutions, resembling biological fluids such as the synovial fluid of a joint. The brushes have been seen as a promising material for e.g. joint replacement because the upright ‘bristles’ make the brush surface exceptionally smooth. Unfortunately, this phenomenon is only observed in water — when ions are present, even in tiny quantities, the ‘bristles’ collapse into clumps and the surface loses its smoothness. Tirrell, who is senior author on the publication, received two Awards from the CBC: a Catalyst Award (2013) and a Postdoctoral Research Award (PDR, 2014).

Tiny brushes that make surfaces slippery may not work as intended, study finds 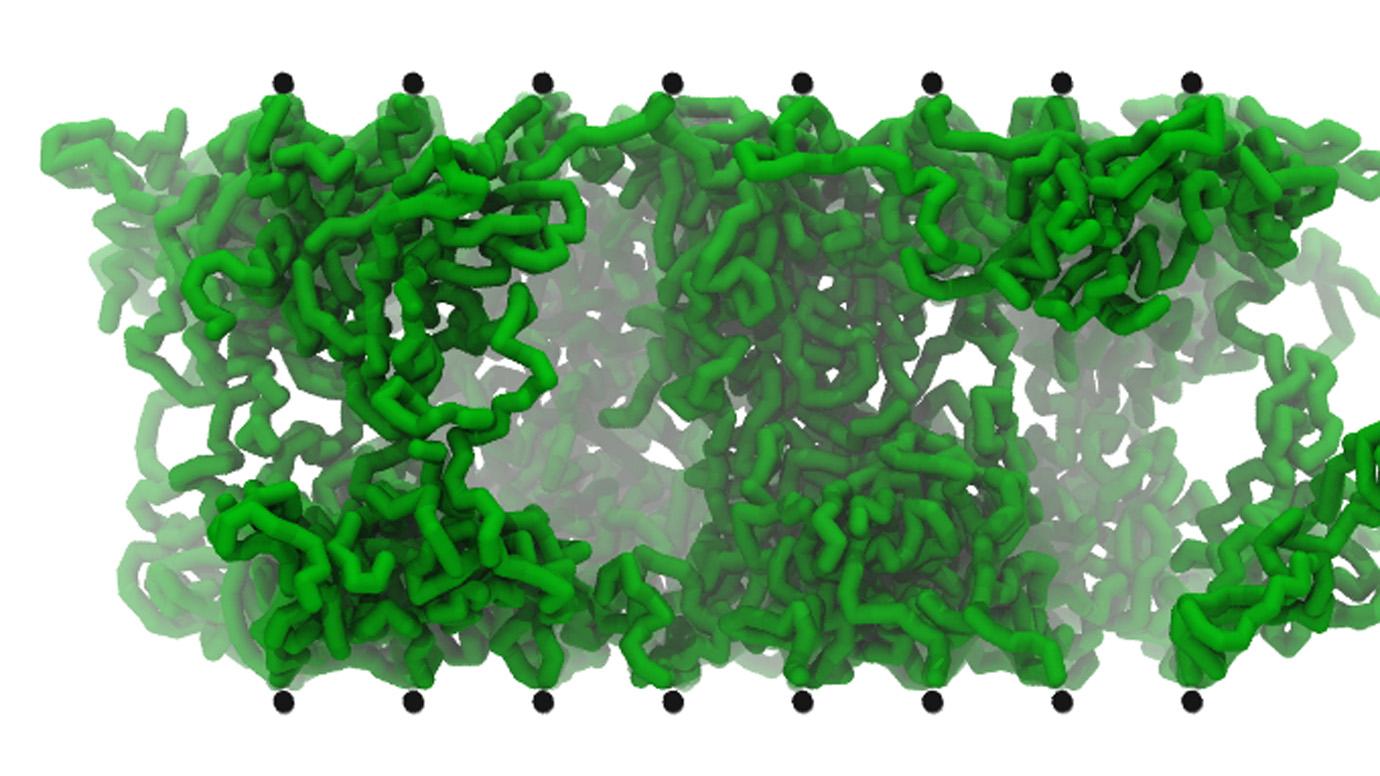 In pure water, these tiny molecular ‘brushes’ stand straight up and maintain a slippery surface. But adding ions with +2 and +3 charges causes them to clump and lose their slipperiness (above). Courtesy of Yu et al.

A type of molecular surface thought to be extremely slippery may not stay that way under all conditions, according to new UChicago and Argonne research in Science.

The study by scientists from the Institute for Molecular Engineering (IME) at the University of Chicago and Argonne National Laboratory may have implications for those trying to tap these surfaces for new technologies, such as joint replacements or anti-fogging surfaces.

Scientists have become very interested in a type of molecular formation called a polyelectrolyte brush over the past decade, said study coauthor and IME Director Matt Tirrell, because they are thought to make surfaces slippery. These molecules, which look like a field of tiny hairs standing on end when charged, are kept straight because the negative charges along each brush repel each other. Similar molecules line our joints and our gastrointestinal tracts. 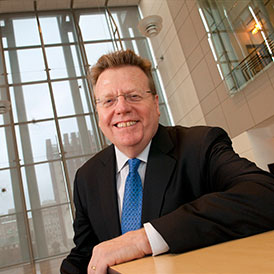 But to date, studies all looked at these brushes while immersed in pure water or water with ions with only +1 charges. Many conditions in the real world, such as inside the human body, involve exposure to liquids with multivalent ions—those with +2 or +3 charges, like calcium and magnesium, instead of just +1.

When the team decided to investigate how the brushes performed in such salty liquids, they saw the slipperiness drop off steeply.

“All it takes is minute amounts of these ions to completely change the structure,” said study coauthor Juan de Pablo, the Liew Family Professor in Molecular Engineering. “We might expect to see some change, but to see such dramatic changes with such small amounts was a surprise.”

When Nick Jackson, a Maria Goeppert Mayer Fellow at Argonne, simulated the reactions, they could see the drama play out at the molecular level.

“These multivalent salts just collapse the whole thing,” Tirrell said. “The normal forces between the surfaces instead get attracted to one another, and the brushes get sticky and shrink down into little blobs.”

The effect also worsens when the brushes are squeezed together—another common condition in the real world.

It’s a striking effect, the scientists said, and it’s a concern for scientists and engineers trying to make the brushes into technology. “It’s possible that these polyelectrolyte brushes are not really fundamentally responsible for joint lubrication,” Tirrell said, or that there are other effects at play that we don’t yet fully understand.

The simulation was partially run on Blues, a high-performance computing cluster operated by the Laboratory Computing Resource Center at Argonne National Laboratory.

The first author on the paper was Jing Yu, an Argonne postdoctoral researcher and now a professor at Nanyang Technological University in Singapore. Other coauthors hailed from the University of Massachusetts Lowell and Ben-Gurion University of the Negev in Israel.

Adapted (with modifications) from the UChicago News, by Louise Lerner, published on June 29, 2018.