Fluidigm CyTOF-2 Mass Cytometer, hosted by the lab of a past member of the CBC Catalyst Review Board, Anne Sperling, UChicago, helps in study of idiopathic pulmonary fibrosis (IPF)

Sonia Mohinta is a postdoctoral scholar at UChicago, and an immunologist interested in understanding the complex role of regulatory T cells (Tregs) in IPF disease pathology. She recently wrote an article for the UChicago Medicine, At the Forefront (see below), where she discusses the IPF characteristics and points out how little is still known about this quickly devastating and fatal disease. To further understand how Tregs contribute to the course of the disease, Sonia describes research approaches she has undertaken during her postdoctoral work at UChicago. One of them relies on access to the CyTOF (cytometry by time-of-flight) in the lab of Anne Sperling, UChicago. Sperling, who is also director of Flow Cytometry Core at UChicago, served on the CBC Catalyst Review Board for four years (2013-2017). The CBC is thankful for Anne’s service and wishes her all the best in her scientific endeavors at UChicago. 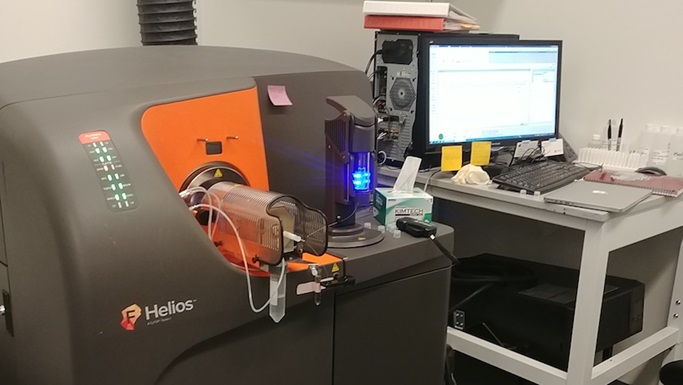 Adaptive immunity, mediated by T cells, is a delicate balance between inflammatory and regulatory processes. When this balance is disrupted, it leads to an overactive immune response. Regulatory T cells (Tregs), responsible for dampening inflammation, are found to be dysfunctional in many chronic inflammatory and autoimmune diseases.

I study idiopathic pulmonary fibrosis (IPF), a fatal lung condition with no known cause. This chronic inflammatory disease can cause severe fibrosis of lung tissue leading to extreme breathing difficulties. IPF primarily affects people over 60 years of age. Diagnosis can be tricky, but important. Upon diagnosis, IPF patients have a median survival of only 2 to 3 years—a higher mortality rate than breast cancer. With more than 50,000 new cases diagnosed every year, our limited understanding of this disease demands extensive research for insights and new perspectives.

Today, when a patient is diagnosed with IPF, a pulmonologist can offer only a limited choice of treatment options. There are two approved antifibrotic drugs: pirfenidone and nintedanib. These can slow disease progression. However, the heterogeneity and overlapping nature of the disease with other fibrotic lung diseases makes it difficult to design effective treatment regimens.

So, are Tregs good or bad? And how can we determine which Treg characteristics determine disease severity? The goal of my research is to uncover the particular phenotype of Treg implicated in disease progression, and to unravel the molecular intricacies of its defective role in IPF.

Our preliminary data suggest an over representation of Tregs in lymph nodes of IPF patients compared to healthy people. I also found that a high percentage of Tregs correlate to degraded lung function. If Tregs can reduce inflammation, then why does their presence seem to worsen prognosis? We suspect that Tregs in IPF undergo a cryptic alteration in function; they lose their potential to curb an uncontrolled inflammation. 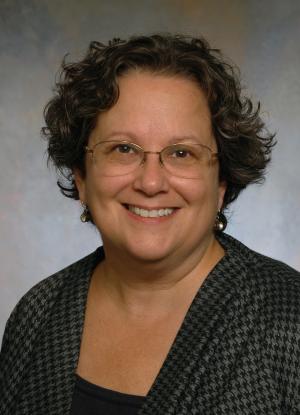 Others have noted that under certain inflammatory conditions, Tregs can lose their suppressive function. They can secrete inflammatory molecules. Such Tregs, if they exist in the context of IPF, would exacerbate pathology. Our long-term goal is to identify these specific Tregs and find ways to prevent their inflammatory tendencies.

To identify such novel Treg populations in IPF, I spearheaded the CyTOF (cytometry by time of flight) project, first at UChicago in the lab of Anne Sperling, PhD, professor of medicine and director of the flow cytometry core in the Biological Science Division. This would enable me to explore “Big Data” and discover previously unidentified Treg phenotypes in human IPF tissues. Coupled with my translational research, I am also working to develop animal models that mimic human IPF, enabling me to unravel the molecular mechanisms driving altered Treg expression and function.

At UChicago researchers and physicians work together in a collaborative fashion and my colleagues in the lab and I work closely with physicians and surgeons to bank human IPF lungs and related tissues through the Lung Biopsy Core (LBC). For comparative analysis with healthy donors we bank human lungs through generous donations of the Gift of Hope Network Regional Organ Bank of Il (GOH/ROBI).

In the United States alone, IPF affects about 128,000 people. Even though it is a long tunnel, research is the only hope for these people. My work is designed to chip away at this elusive and incomprehensible disease, a small step towards filling the knowledge gap and helping to reduce their suffering.

Adapted (with modifications) from UChicago Medicine, At the Forefront, by Sonia Mohinta, posted on March 13, 2018.