A recent paper in Science, “Dopamine oxidation mediates mitochondrial and lysosomal dysfunction in Parkinson’s disease,” describes identification of a cascade of interlinked oxidation-dependent pathological events in neurons that mimics the pathologies characteristic of substantia nigra dopaminergic neurodegeneration in Parkinson’s disease. The discovery opens the door to investigating new treatment methods by slowing down the toxic cascade. Dimitri Krainc, NU, is senior author on the publication and CBC Catalyst awardee (2015), Jeffrey Savas, NU, is one of the co-authors. Congratulations! 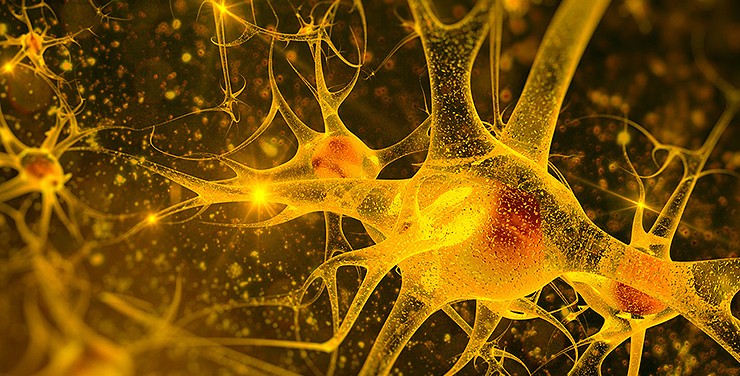 Northwestern Medicine scientists have discovered how a toxic cascade leads to the death of brain cells in patients with Parkinson’s disease, and demonstrated how early treatment may be able to interrupt that damage.

Led by senior author Dimitri Krainc, MD, PhD, chair of neurology at Northwestern University Feinberg School of Medicine, the study published in Science demonstrated that early treatment with antioxidants improved the function of populations of brain cells called neurons, which were gathered from patients with Parkinson’s disease.

Parkinson’s disease is the second-most common degenerative brain disease, primarily caused by the death of brain cells that contain dopamine, one of the nervous system’s neurotransmitters. The majority of degeneration happens in the substantia nigra, a small region of the brain responsible for reward processing and motor control.

While people lose dopamine neurons as a normal part of the aging process, patients with Parkinson’s disease lose many more than usual and the remaining cells are no longer able to compensate, leading to symptoms such as slowness of movement or a tremor.

Previous research indicated the death of those brain cells involved two structures within the cells, called mitochondria and lysosomes. It wasn’t clear what was happening to cause those cells to die, but understanding how and why they degenerate was an important step towards identifying treatments, Krainc said.

So, using human brain cells from patients with Parkinson’s disease, Krainc and colleagues were able to pinpoint a chain reaction of dysfunction in those two cell structures: it was caused by the buildup of a faulty form of a neurotransmitter, called oxidized dopamine.

If patients can be identified early enough, treatment with these antioxidants might be able break this toxic cycle.

This accumulation of oxidized dopamine in brain cells caused some of the lysosomes to malfunction, which in turn damaged the mitochondria, and those malfunctioning cell structures actually sped up the accumulation of the faulty neurotransmitter. The result was a negative feedback loop that led to the death of the brain cells.

Once they had identified this toxic cascade, Krainc and his colleagues then began looking for ways to interrupt it. One of the key strategies that worked in experiments was to treat the brain cells very early in the process with specific antioxidants. 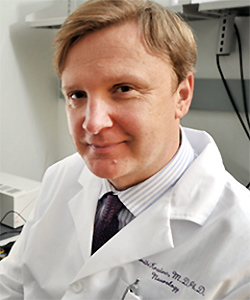 “With this approach, we found we could attenuate or prevent the downstream toxic effects in human dopamine neurons,” Krainc said.

Lena Burbulla, PhD, a post-doctoral fellow in Krainc’s lab, was the first author of the study.

This approach provides a blueprint for the development of future therapies, according to Krainc. If patients can be identified early enough, treatment with these antioxidants might be able break this toxic cycle.

According to Krainc, improved genetic testing will be central to early diagnosis of the disease in the future. Scientists have already identified certain genes that definitively cause Parkinson’s disease, while other genes have been identified that add to the overall risk of developing the disease.

“For example, in Parkinson’s, it’s well-known many sufferers have a specific type of sleep disorder,” Krainc said. “That starts 10 to 15 years before other symptoms, so it can serve as a predictor of Parkinson’s disease.”

While scientists haven’t yet developed a foolproof method of spotting Parkinson’s disease early, Krainc said, this research has demonstrated the ability to slow the toxic cascade and could be immensely useful in future treatments for the disease.

Adapted (with modifications) from Northwestern Now, posted by Will Doss on November 6, 2017.