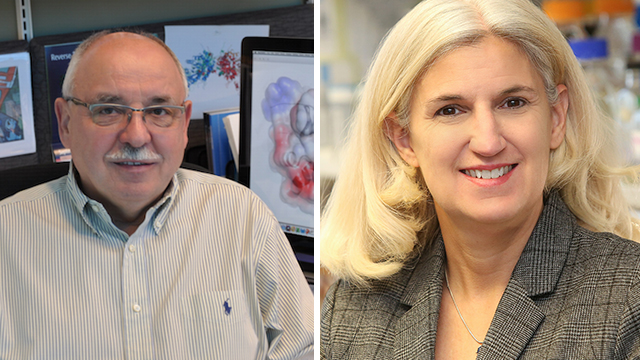 Everyone remembers the global scare caused by the outbreak of the Severe Acute Respiratory Syndrome Coronavirus disease (SARS) in Southern China several years ago. Between November 2002 and July 2003, SARS-CoV virus infected approximately 8,000 people in total and caused approximately 700 deaths. Most of the fatalities occurred in mainland China and Hong Kong and luckily, the disease self-imploded over time with no cases of SARS reported worldwide since 2004.

The current outbreak is caused by a novel coronavirus, SARS-CoV-2. It started in Wuhan, China, in December 2019, and hence was coined a coronavirus disease 2019 (COVID-19). As of today, the virus has spread to 79 countries infecting over 92,000 people and claiming over 3,100 lives. No treatment exists to combat the disease.

A promising new development was announced yesterday by a team of scientists from UChicago, Argonne National Laboratory, NU Feinberg School of Medicine and the University of California, Riverside School of Medicine. Notably, the very first SARS-CoV-2 protein has been crystalized and its structure has been solved. The newly mapped protein Nsp15 is 89% identical to its homologue found in SARS-CoV — the virus responsible for the 2002 SARS epidemic. SARS-CoV Nsp15 has been extensively studied although no drugs have ever been fully developed due to the disease’s self-eradication. However, those earlier studies revealed that inhibition of Nsp15 can slow SARS-CoV replication suggesting that drugs designed to target SARS-CoV-2 Nsp15 could be developed into successful therapeutics against COVID-19. The high level of homology between Nsp15 from SARS-CoV and SARS-CoV-2 also suggests that existing inhibitors of SARS-CoV Nsp15 could be repurposed towards the development of therapeutics to treat COVID-19.

It is an early but very important step towards COVID-19 drug development and the CBC is proud that two of the consortium schools — UChicago and NU — played such important roles in the work on Nsp15.

We would like to specifically applaud two individuals with ties to CBC who were involved in the Nsp15 mapping. Andrzej Joachimiak, a University of Chicago professor and director of the Structural Biology Center at Argonne’s Advanced Photon Source, and whose team solved the Nsp15 structure, was an invited speaker at the Inaugural Annual CBC Symposium (2002), titled “The New Biology: Technological Innovations Applied to Health and Disease.” Karla Satchell is a professor of microbiology-immunology at NU and is the principal investigator for the Center for Structural Genomics of Infectious Diseases, where she leads efforts to resolve the structure of the SARS CoV-2. Satchell is one of the most recent CBC Accelerator Awardees (2019) having received the award for the project “RAS Processing as a Strategy to Reduce RAS-Driven Tumors.”

Congratulations to all scientists involved in this promising and timely study. We wish you the best as you move forward developing much needed COVID-19 therapeutics!

For more details on the Nsp15 structure, please see the joint press release by Marla Paul for NU and Argonne reposted below. 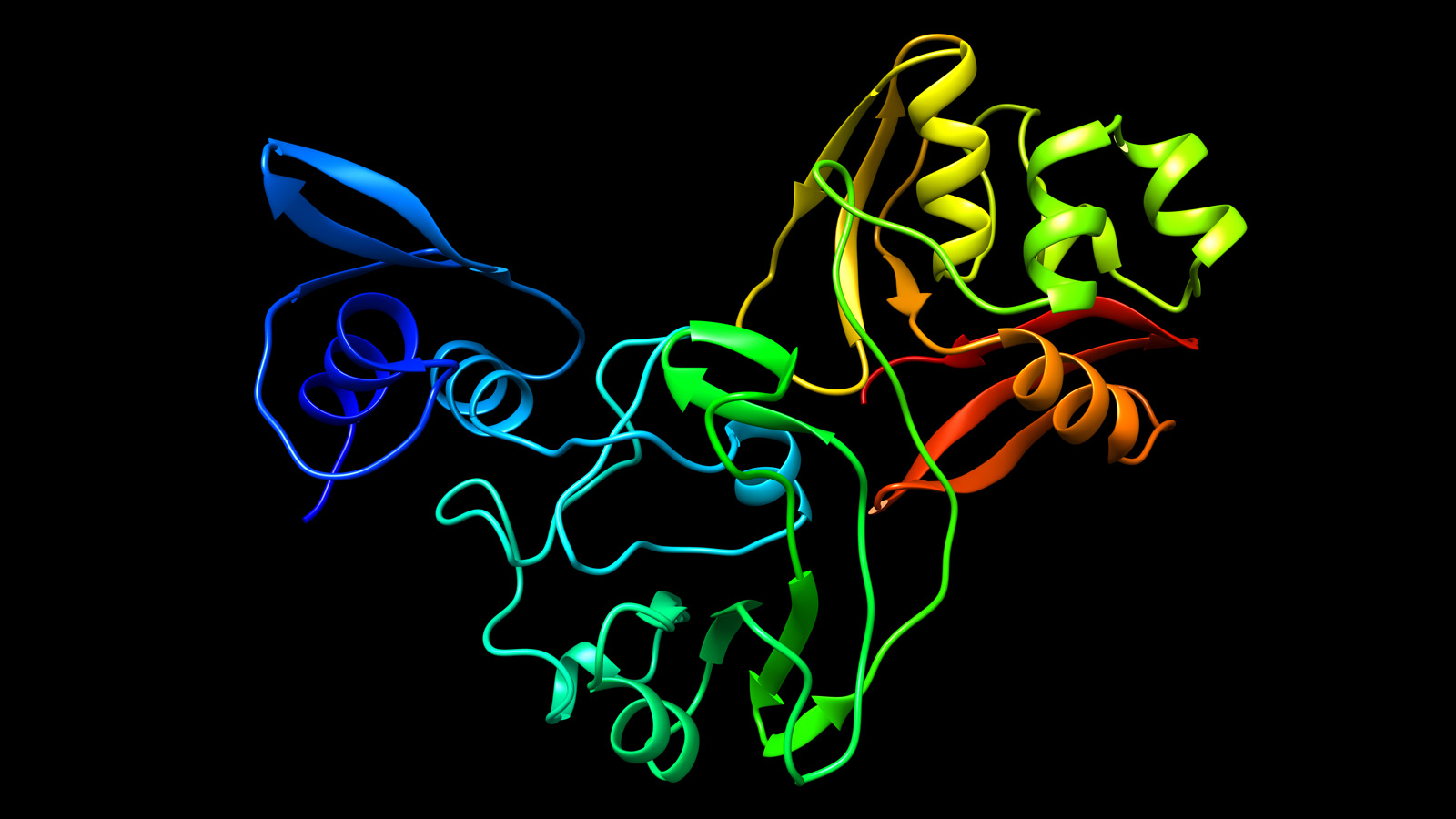 The scientists said their findings suggest drugs that had previously been in development to treat the earlier SARS outbreak could now be developed as effective drugs against COVID-19.

The protein Nsp15 from Severe Acute Respiratory Syndrome Coronavirus 2 (SARS-CoV-2) is 89% identical to the protein from the earlier outbreak of SARS-CoV. Studies published in 2010 on SARS-CoV revealed that inhibition of Nsp15 can slow viral replication. This suggests drugs designed to target Nsp15 could be developed as effective drugs against COVID-19.

The structure of Nsp15 was released to the scientific community on March 4 on the RSCB Protein Data Bank (www.rcsb.org). [The BioRx preprint can be accessed here.]

This new structure was solved by the group of Andrzej Joachimiak, Distinguished Fellow of Argonne, the University of Chicago professor and director of the Structural Biology Center at Argonne’s Advanced Photon Source (APS), a DOE Office of Science user facility in conjunction with the Center for Structural Genomics of Infectious Diseases. Dr. Joachimiak is a co-director of the center.

Karla Satchell, principal investigator for the Center for Structural Genomics of Infectious Diseases and professor of microbiology-immunology at Northwestern, leads [an] international team of scientists investigating the structure of the SARS CoV-2 virus to understand how to stop it from replicating.

The initial genome analysis and design of constructs for protein synthesis were performed by the bioinformatic group of Adam Godzik, a professor of biomedical sciences in the UCR.

“The newly mapped protein, called Nsp15, is conserved among coronaviruses and is essential in their lifecycle and virulence. Initially, Nsp15 was thought to directly participate in viral replication, but more recently, it was proposed to help the virus replicate possibly by interfering with the host’s immune response,” said Joachimiak.

Mapping a 3D protein structure of the virus, also called solving the structure, allows scientists to figure out how to interfere in the pathogen’s replication in human cells.

Rapid upsurge and proliferation of SARS-CoV-2 raised questions about how this virus could became so much more transmissible as compared to the SARS and MERS coronaviruses. The scientists are mapping the proteins to address this issue.

“While the SARS-CoV-2 is very similar to the SARS virus that caused epidemics in 2003, new structures shed light on the small, but potentially important differences between the two viruses that contribute to the different patterns in the spread and severity of the diseases they cause,” Godzik said.

Northwestern is the lead site for the international center that comprises eight institutions, including U of C and UCR. The center has committed resources across all eight sites since the news of the new coronavirus was made public in January. The structure of Nsp15 is the first structure solved by the center.

SARS-CoV-2 is responsible for the current outbreak of COVID-19. Over the past two months, the pathogen infected more than 80,000 people and caused at least 2,700 deaths. Although currently mainly concentrated in China, the virus is spreading worldwide and has been found in 46 countries (www.trackcorona.live). Millions of people are being quarantined, and the epidemic has impacted the world economy. There is no existing drug for this disease, but various treatment options, for example utilizing medicines effective in other viral ailments, are being attempted.

Satchell, Joachimiak and Godzik — along with the entire center team — will map the structure of some of the 28 proteins in the virus in order to see where drugs can throw a chemical monkey wrench into its machinery. The proteins are folded globular structures with precisely defined function and their “active sites” can be targeted with chemical compounds.

The first step is to clone and express the genes of the virus proteins and grow them as protein crystals in miniature ice cube-like trays. The consortium includes nine labs across eight institutions that will participate in this effort.

Viewing these proteins down to the arrangement of their atoms requires an intense x-ray beam. Thus, once the crystals are grown, the center scientists image them using the APS’ extremely bright light source in a process called x-ray crystallography. Data for structure determination were collected at Structural Biology Beamlines funded by DOE Office of Biological and Environmental Research.

Satchell and her team are well prepared for the challenges that come with developing drugs to fight the virus. The Center for Structural Genomics of Infectious Diseases, established in 2007, has mapped more than a thousand parts of lethal bacteria and viruses in three dimensions, exposing an intimate chemical portrait of diseases. This view offers scientists a window into the bacteria or virus’ vulnerabilities enables them to create drugs to disable it or vaccines to prevent it.

Satchell also is a member of the Robert H. Lurie Comprehensive Cancer Center of Northwestern University.

This study has been funded by contract HHSN272201700060C from the National Institute of Allergy and Infectious Diseases of NIH.

SOURCE:
Adapted (with modifications) from Northwestern Now, by Marla Paul, published on March 2, 2020.

ARTICLES PUBLISHED IN THE PAST ABOUT THE FEATURED CBC COMMUNITY MEMBERS:

November 6, 2017
▸ The social life of bacteria
Spotlight on Andrzej Joachimiak, an Argonne scientist with links to the CBC