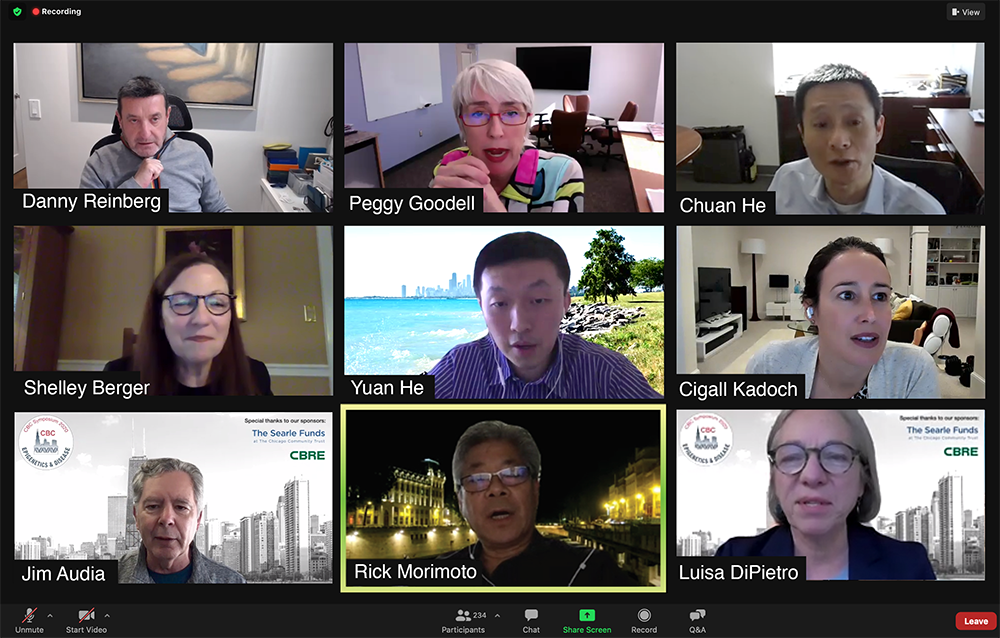 The Chicago Biomedical Consortium (CBC) held its 17th Annual Symposium: “Epigenetics and Disease” virtually, on Friday, October 30, 2020. The full day event was organized by former CBC Executive Director Jim Audia, and the CBC Scientific Directors, Luisa DiPietro (UIC), Lucy Godley (UChicago) and Rick Morimoto (NU) who is also CBC’s Interim Executive Director. Close to 500 scientists and researchers from around the globe attended this noteworthy meeting which included six remarkable scientific presentations and a virtual poster session that was displayed on CBC’s website and separately on Twitter for an interactive experience.

The program focused on the role of epigenetics in biology and human diseases. See below for information on each of the speakers and summary of their talk, posted in the order of presenting. Video recordings of some of our guest speakers’ presentations are available to view, below. 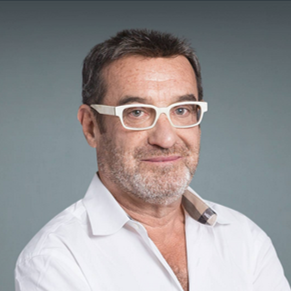 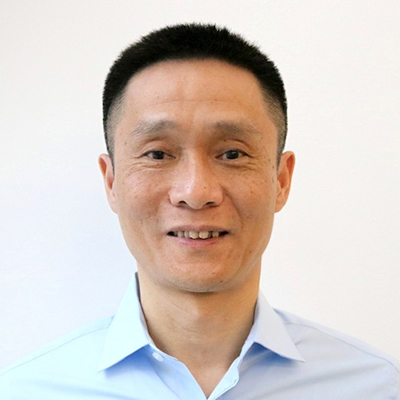 The internal N6-methyladenosine (m6A) modification in messenger RNA is one of the most abundant RNA modifications in eukaryotes. This base modification is present on average in ~3 sites of every mRNA in mammals. The modification has been shown to be critical to cell differentiation, animal development, and a range of biological signaling and stress response. The He lab identified a core complex comprised of two subunits: METTL3 and METTL14, and an accessory factor WTAP, which mediates cellular m6A RNA methylation. Cellular RNA methylation level can have profound impacts on normal cell differentiation and cancer cell proliferation. Dr. He’s presentation focused on how the methylation selectivity is achieved. 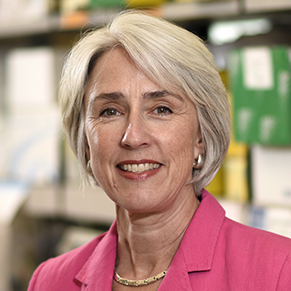 The Goodell Lab focuses on the basic mechanisms that regulate hematopoietic stem (HSC) cells, and how their mis-regulation leads to leukemia development. Several genes involved in different aspects of stem cell activation are being studied, including some that transduce initial signals, and others that regulate self-renewal and differentiation. Epigenetic modifications, such as DNA methylation, HSC function and biology have important roles. The lab is investigating the role of DNA methyltransferase 3a (DNMT3A) in regulating stem cell function, and how mutations in DNMT3A lead to age-related clonal hematopoiesis and development of hematologic malignancies. Goodell reported that PPM1D mutations confer a survival advantage onto hematopoietic clones by rendering them resistant to DNA-damaging agents such as cisplatin, a cytotoxic chemotherapeutic. 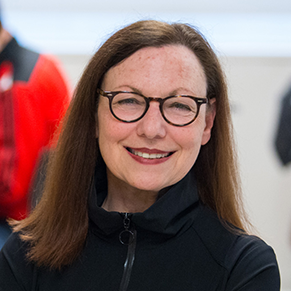 Rapid histone acetylation is utilized in transcription, DNA repair and replication, and crucial in the brain and epigenetics of behavior, learning and memory. CBP/p300 is a key histone acetyltransferase and CBP/p300 mutations are noted in intellectual disabilities. Rapid acetylation is essential for neurons; experiments were designed to look for direct connections between genes that generate key metabolites and enzymes. Metabolic enzymes generating acetyl-CoA are nuclear localized and ACSS2 (acetyl-CoA synthetase) is found in developing mouse brains and adult human CNS. In vitro experiments using CAD cells determined that neuronal nuclear ACSS2 is required for gene expression and global neuronal histone acetylation. Using a mouse model, ACSS2 was knocked down in the dorsal hippocampus and a decrease in memory was found. Ethanol derived acetate acetylates histones and is linked to ‘addiction’ behavior via ACSS2. ACSS2 KO mice have decreases in fear memory. Small molecule ACSS2 inhibitors were generated and WT mice displayed decreased acetylation and reduced acquisition of fear memory. 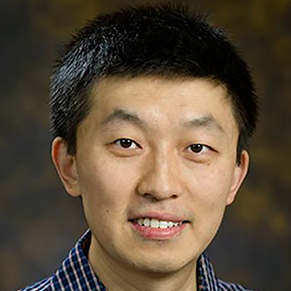 The He lab explores the molecular mechanisms by which large, multi-subunit complexes engage in DNA-centric processes using cryo-electron microscopy (cryo-EM) and other biophysical and biochemical approaches. Two topics were discussed: 1) transcription regulation by chromatin remodeling complexes, and 2) double strand break repair by non-homologous end joining (NHEJ). The model for chromatin remodeling by the SWI/SNF complex: 1) the Arm module acts as an anchor during active remodeling; 2) ATP hydrolysis facilitates sliding DNA relative to histones; and 3) Extranucleosomal DNA at the exit side corresponds to upstream promoter DNA while the +1 nucleosome is engaged. Initiation of DNA double strand break repair by NHEJ requires Ku to recruit DNA-PKcs at the break site, this initiation complex (pre-synaptic state) recruits other NHEJ factors to gather and align two dsDNA ends and other repair factors, the complex align DNA for end ligation (Synaptic state) and activated DNA-PKcs auto-phosphorylates each other and dissociate from the repair loci. 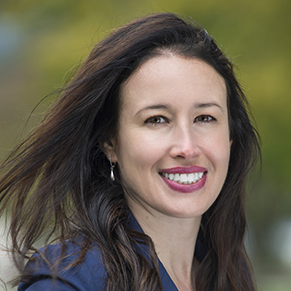 The Kadoch lab studies the structure and function of chromatin remodeling complexes such as the mammalian SWI/SNF (or BAF) complex, with emphasis on defining the mechanisms underlying cancer-specific perturbations. Exome- and genome-wide sequencing efforts revealed the contribution of these regulators to malignancy; the genes encoding subunits of mSWI/SNF ATP-dependent chromatin remodeling complexes are mutated in over 25% of human cancers. The Kadoch group studied a rare genomically well-defined cancer, human synovial sarcoma (SS) in which 100% of tumors have a precise translocation involving a specific BAF subunit, SSI8-SSX, indicating that this translocation is the initiating oncogenic event. Other rare cancers types with BAF mutations have been identified and are being studied using similar biochemistry and genome analysis to understand these prolific cancer mutations. Research is being expanded to include developmental disorders with similarly well-documented BAF complex mutations.

Thank you to our speakers and to our sponsors, the Searle Funds at The Chicago Community Trust and CBRE, whose generosity allowed us to offer this symposium at no charge.