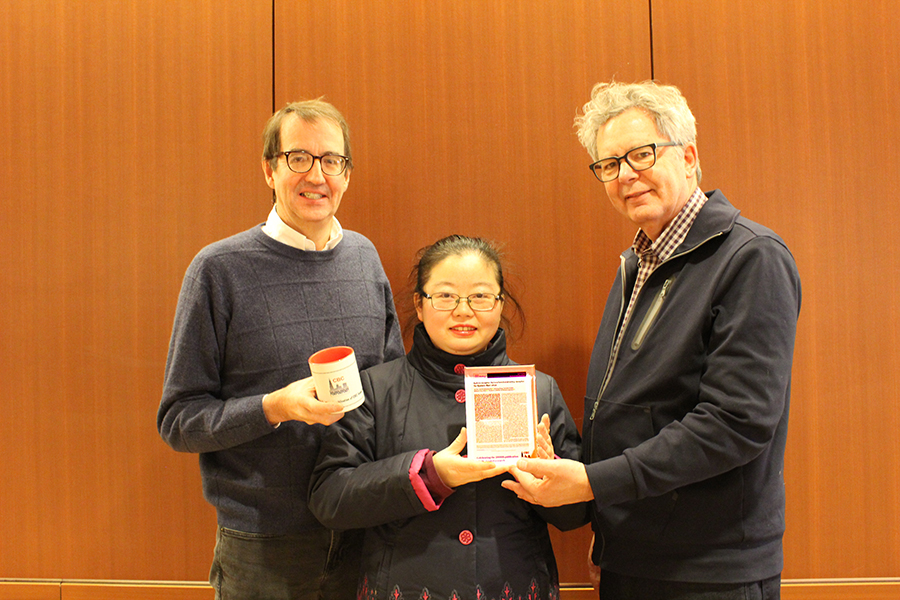 Among the measures of impact of CBC-supported research, publications in top-tier journals is a prominent and important metric. Earlier this year, as the publications attributed to the CBC funding exceeded 1900, CBC began a countdown to 2000.

The CBC is pleased to announced that the milestone—2000th—CBC publication is the February 2018 Nature Microbiology paper with Jia Chen as first author and Richard Longnecker (NU) as senior author. The publication is partially attributed to a CBC Postdoctoral Research Award made to Chen and Longnecker in 2014 and subsequently renewed for 2015. The winning publication has been featured as a new CBC Success Story.

To celebrate the accomplishment, CBC invited Rich and Jia to the February 8 CBCAN and presented Rich with a commemorative plaque and some CBC swag for all the co-authors. In keeping with the celebratory mode, Rich handed over the plaque to Jia in acknowledgement of her critical role in the research. Congratulations Jia, Rich and the team.

Publication attributed to the CBC funding: