More recognition for Chicago, role of local universities in the startup community

Chicago has made significant inroads as a startup powerhouse, with a primary driver being the strength of the local universities, including CBC member institutions.
Jim Audia

Measuring the return from pharmaceutical innovation 2017 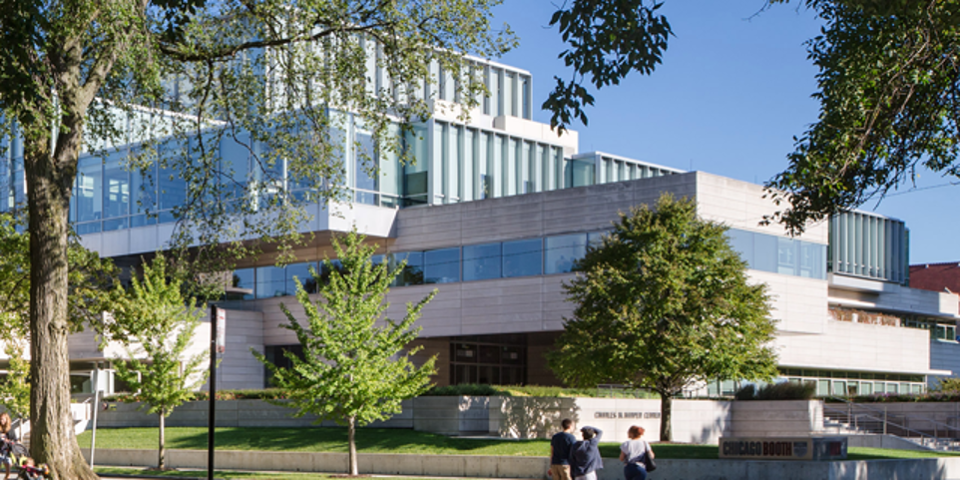 The University of Chicago is home to one of the largest and most active entrepreneurship centers in the country. Credit: Tom Rossiter

Ten years ago, Chicago was not a major player in the startup ecosystem. Now, it’s one of the most important cities in tech.

In fact, the overall Illinois rate of startup growth is 68.85%, and Chicago itself has been consistently ranked first for VC returns. It’s been named alongside Boston, Los Angeles, and Austin as one of the country’s best startup cities.

How did this transformation come into play?

The answer is one of the most innovation-driven higher education systems across the U.S.

In 2016, Illinois produced a record 40,400 STEM degrees, outpacing the nation by growing its number of STEM graduates by 10.6% versus the average 6.5%. This growth represents a concerted effort by Illinois universities to create more STEM programs for students, and then keep them engaged after they graduate,

Specifically, according to the Illinois Science and Technology Coalition, Illinois universities employ approximately 2,400 STEM postdoctoral researchers, which places them as seventh. These postdocs increasingly apply their skills to the private sector and entrepreneurship, leading to growth in the number of startups in the region.

But the universities aren’t just producing the STEM talent that powers startup growth. Chicago boasts the top two MBA programs in the world: Northwestern University’s Kellogg School of Management and The University of Chicago’s Booth School of Business.

Illinois is also the fourth largest producer of MBAs in the country. Across these MBA programs, entrepreneurship is an in-demand specialization and area of study with more students opting to pursue startup opportunities after they graduate than before.

Universities aren’t just focusing on educating the next generation of entrepreneurs and technologists; they’re powering that growth through strategic partnerships, accelerator programs, investment arms, and live and online resources.

The results go beyond talent development.

In addition to providing business consulting resources, education around rapid prototyping and enterprise creation, and university-wide commercialization resources, IIT is also home to a technology park and business incubator.

As a result of its wide-ranging resources and access to top-level tech talent, IIT has incubated some of Chicago’s biggest startup success stories, including Cleversafe (which sold to IBM for $1.3B) and bioagriculture startup Chromotin (which raised over $70M in venture capital funding).

What’s more, IIT has attracted major donors from the entrepreneurship ecosystem, some of whom directly benefited from the university’s resources.

Chris Gladwin, founder of Cleversafe, donated $7.6M to the computer science program, citing incubation in the tech park and access to talented IIT computer science graduates as major contributors to his company’s success.

Similarly, legendary entrepreneur Ed Kaplan who founded Zebra Technologies, a longstanding leader in bar code technology, donated $10M to IIT’s innovation and tech entrepreneurship institute after getting his undergraduate education in mechanical engineering at the university.

Through its innovation programs like the Farley Center for Entrepreneurship and Innovation, INVO, and The Garage, Northwestern University incubates and supports student and faculty entrepreneurship on campus, leading to big results for the overall Chicago tech ecosystem.

Northwestern has also been home to entrepreneurs disrupting the logistics industry like Mathew Elenjickal of FourKites and the wireless power space like Jacob Babcock of NuCurrent (both of which my firm Hyde Park Angels invested in).

Northwestern enlists major tech and VC players to provide leadership and support to its programs.

Peter Barris, Chairman of multibillion-dollar venture capital firm NEA, and Chris Galvin, former CEO and Chairman of Motorola, are among the trustees involved in growing the university’s entrepreneurship and innovation programs.

The University of Chicago’s efforts to grow the startup community are widespread across disciplines, degrees, and communities.

The New Venture Challenge (NVC), which is run out of Booth, is recognized as the number one university accelerator program in the country. Among successful participants are GrubHub (which went public in 2014) and BrainTree (which sold to PayPal for $800M).

Since the program began in 1996, it has launched 180 companies still in business that have raised over $585M in funding and generated $5.8B in exits. Rising stars in the clean eating space like Tovala and Simple Mills (which my firm Hyde Park Angels invested in) also incubated there.

But NVC is just one of many programs the University of Chicago has built to grow the startup ecosystem. In 2016, the university received a $50M endowment from energy entrepreneur and Hyde Park Angels member Michael Polsky to create a unified center focused on increasing access to entrepreneurship education, venture creation, and research commercialization.

The center, known as the Polsky Center for Entrepreneurship and Innovation, operates a co-working space and innovation center called Polsky Exchange North, supports the university’s Innovation Fund, and hosts the NVC, among other core responsibilities.

Already, the Innovation Fund, which invests in startups from an ecosystem that includes the University of Chicago, Argonne National Laboratory, Fermilab, and the Marine Biological Laboratory, has seen success funding ClostraBio, a food allergy solution that raised $3.5M from venture investors.

As Illinois universities lean into the local startup and entrepreneurship ecosystems, we expect to see continued growth and success.

Adapted (with modifications) from Forbes, by Peter Wilkins, published on February 20, 2018.