CBC Executive Director, Jim Audia, one of the founding members of the CBIA, and the CBC, one of the consortium’s participating organizations

On May 23, 2019, the freshly minted Chicago Biomedical Innovation Alliance (CBIA) held its inaugural workshop entitled “Envisioning Chicago Biomedical Innovation Districts.” The meeting took place at Prentice Women’s Hospital in downtown Chicago and included over 50 organizations and 14 sponsors. The Chicago Biomedical Consortium (CBC), is proud to have been one of the Gold Sponsors. The mastermind behind the formation of the alliance was Phil Hockberger, associate vice president for research at Northwestern, and a partner with the CBC in the establishment of the Open Access Initiative (2014), which allows researchers from the three CBC schools to access a partner’s core facilities at “in house” costs.

CBC Executive Director Jim Audia represented the CBC at the meeting. Indeed, Jim is one of the nine founding members of the CBIA and the CBC is part of the “consortium of nine nonprofit organizations dedicated to accelerating transformative scientific discoveries to improve global healthcare.” The meeting began with a question, posed by Adam Glasser of Perkins + Will: “Will collaboration work?” As members of the CBC community know, the CBC’s mission is “to stimulate collaboration among scientists at Northwestern University, The University of Chicago, the University of Illinois at Chicago and others to accelerate discovery that will transform biomedical research and improve the health of humankind.” The goals of the CBIA align well with those of the CBC.

Congratulations on the successful launch and the CBC looks forward to a fruitful participation in CBIA’s endeavors!

At the start of the first-ever Chicago Biomedical Innovation Alliance (CBIA) workshop, Adam Glaser, the planning and strategies leader at architecture and design firm Perkins+Will, asked a simple question: Will collaboration work?

Looking at the audience — which included representatives from more than 50 organizations and 14 sponsors — it was clear that collaboration not only will work, but it also will play an integral role in the development and success of Chicago’s first biomedical innovation districts.

Representatives from more than 50 organizations and 14 sponsors attended the first-ever Chicago Biomedical Innovation Alliance workshop on May 23 in Chicago.

The initiative took root at a conference hosted by Perkins+Will in June 2018, followed two months later by a meeting at Northwestern University to discuss how to move the initiative forward. The idea of a workshop emerged from those discussions, and a committee was formed to organize the event. In early 2019, the CBIA was created with a more ambitious mission: accelerate transformative scientific discoveries to improve global healthcare. The CBIA now serves as the point of contact for learning about Chicago’s innovation assets, their capabilities, programs and funding opportunities.

The idea for the CBIA began taking shape in June 2018, with stakeholders meeting two months later to discuss the feasibility of the collective. Officially launched in 2019, the Alliance is a consortium of nine nonprofit organizations dedicated to accelerating transformative scientific discoveries to improve global healthcare. It serves as the point of contact for learning about Chicago’s innovation assets, their capabilities, programs and funding opportunities. 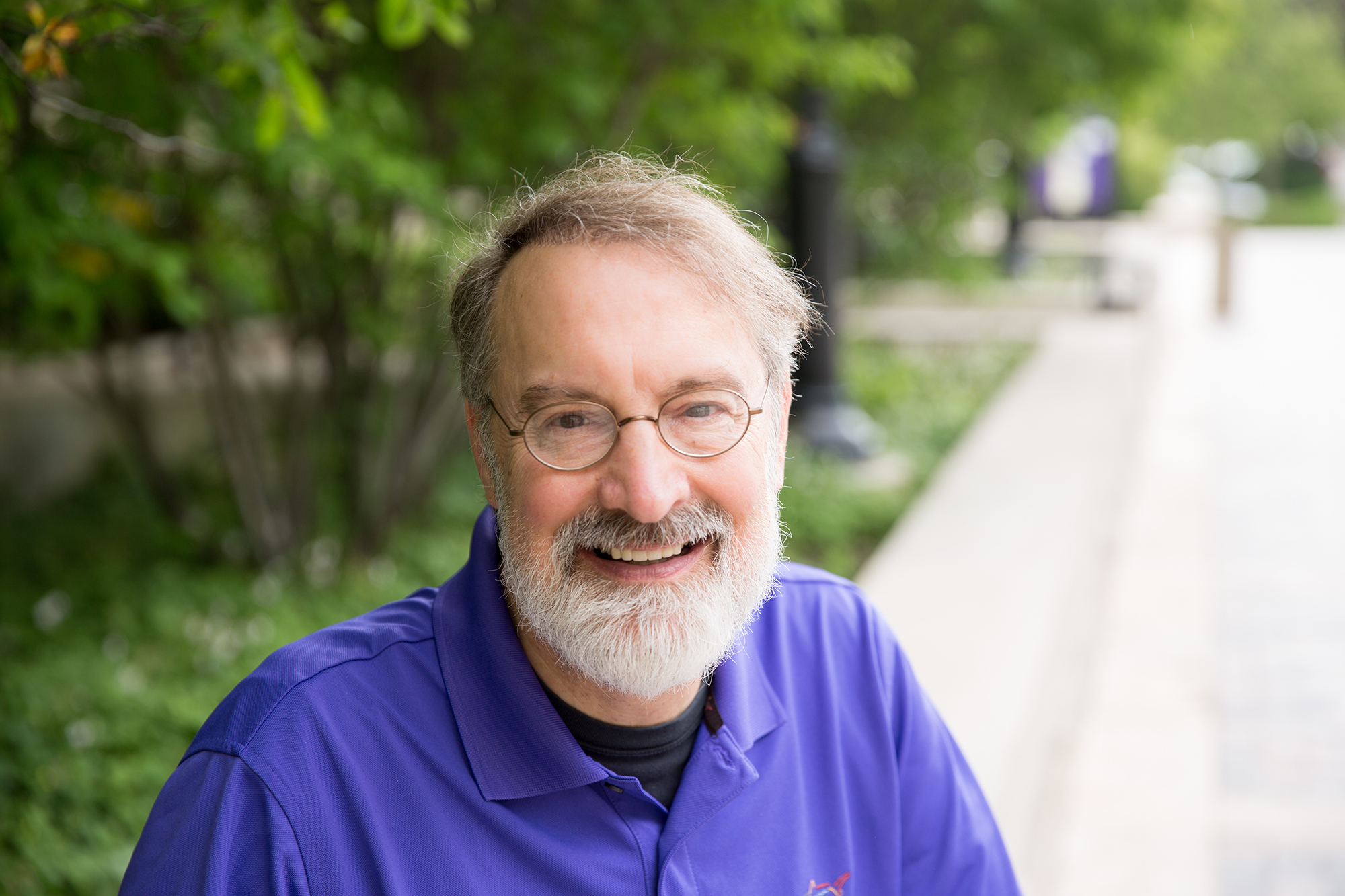 “It was clear early on that there was a real hunger for a group like this in the region.”

“It was clear early on that there was a real hunger for a group like this in the region,” says Phil Hockberger, associate vice president for research at Northwestern who led the initiative and the creation of CBIA. “The CBIA will serve as a unified voice and is designed to foster communication and coordination among stakeholders interested in Chicago’s biomedical and healthcare innovation ecosystem.”

“Northwestern is an established leader in biomedical and healthcare innovation, and so it was a natural fit for us to lead this initiative,” says Hockberger. “The five-year goal is to establish innovation districts in Chicago that attract the best and brightest researchers throughout the Midwest. The longer term goal is to establish Chicago as a global leader.” 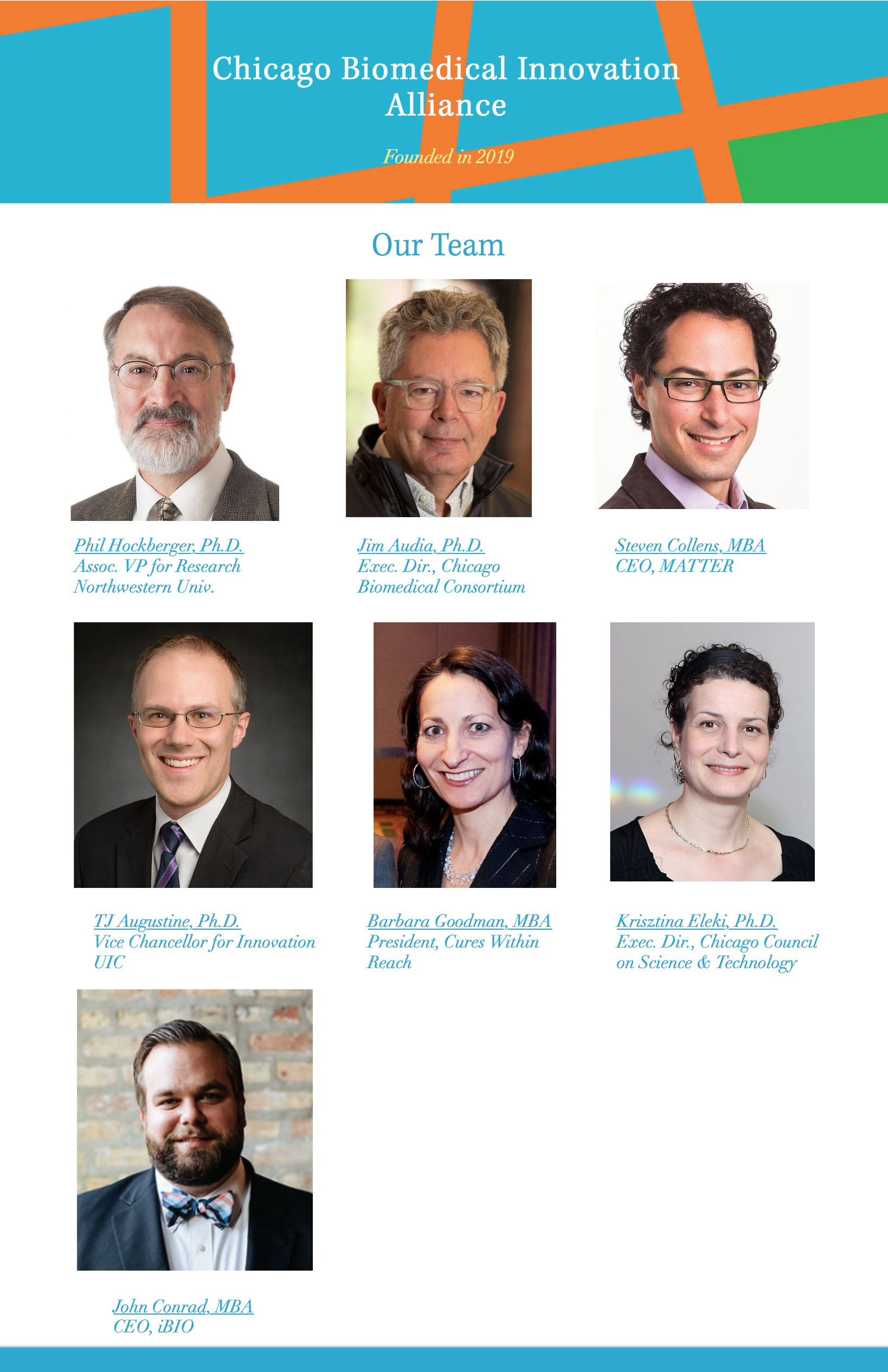 Source:
Adapted (with modifications) from the Northwestern Research News, by Roger Anderson, published on June 7, 2019.