More than meets the eye, literally 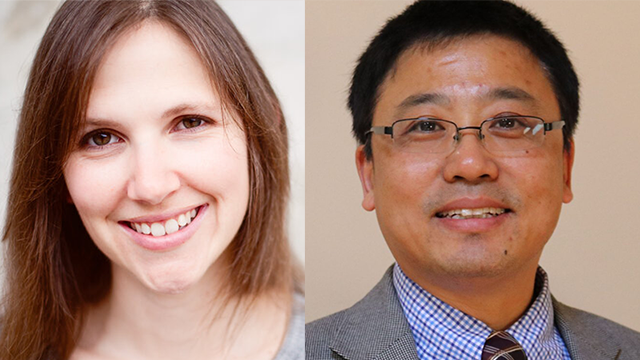 Xincheng Yao (UIC) and Tiffany Schmidt (NU) are one of three teams that received CBC Catalyst Awards in the most recent Spring 2020 application cycle. The team won the award for the project titled “Functional Optophysiological Mapping of Intrinsically Photosensitive Retinal Ganglion Cells.”

The project aims to study the recently discovered intrinsically photosensitive retinal ganglion cells (ipRGCs), which, similarly to the canonical rod and cone photoreceptors, are light-sensitive due to the fact that they express photopigment melanopsin. In their studies, the collaborating researchers would combine Yao’s expertise in bioengineering and Schmidt’s in neurobiology: Yao’s lab at UIC would be responsible for developing and optimizing instruments and imaging techniques to visualize the novel intrinsically photosensitive retinal ganglion cells (ipRGCs), whereas Schmidt’s team at NU will work with the animal models and data interpretation. The project may reveal previously unknown light-responding networks of ganglion cells within the retina, with far reaching implications for diagnostics of human retinal pathologies.

CBC Catalyst Awards are one-time incentive awards (up to $250,000) focused on basic biological/biomedical research with transformative potential and made to teams with principals and other strong representation from at least two of the CBC institutions.

Enjoy the article reposted below highlighting the Catalyst team and their exciting project! 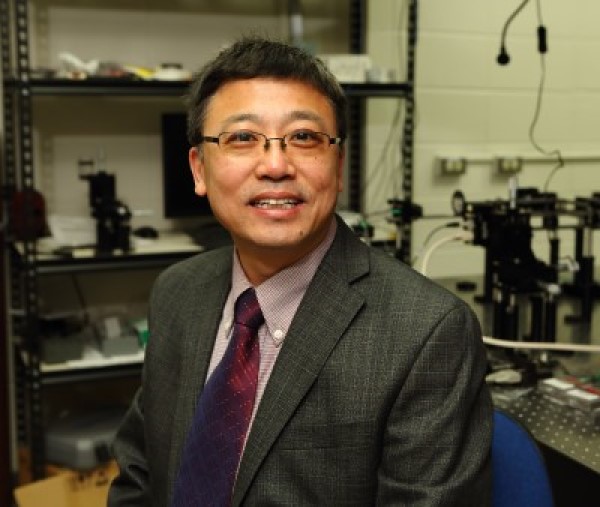 Many of the most prevalent eye diseases in people go undetected until the damage starts to affect a person’s vision. Once this point is reached, treatment becomes harder and sometimes the vision loss may be impossible to reverse.

Xincheng Yao, a Richard and Loan Hill Professor of Bioengineering, and members of his Biomedical Optics and Functional Imaging Laboratory have been working for years to solve this problem by developing new eye imaging instrumentation and technology to help study and diagnose retinal diseases. The lab got a jump start on these efforts with an award from the Chicago Biomedical Consortium.

The CBC Catalyst Award, which is given to scientists in the Chicago area who are pursuing cutting-edge and high-risk/high-reward research, will give Yao and Tiffany M. Schmidt of Northwestern University $248,770 to study a recently discovered type of retinal cell in the eye.

Yao said researchers discovered that intrinsically photosensitive retinal ganglions cells (ipRGCs) are light sensitive. The cells respond to light directly because of the way they express photopigment melanopsin. It was previously thought that only rod and cone photoreceptors could sense light.

“A deeper understanding of melanopsin containing ipRGCs is essential for in-depth understanding of the nature of the visual system, and for the development of new and robust methodologies for disease detection,” Yao said.

The project calls for close collaboration between researchers at UIC and Northwestern. Yao said his team will be responsible for creating instruments to image the ipRGC cells, optimization of the imaging techniques, and experimental validation, while Schmidt’s team will oversee animal models, experimental design, data analysis, and interpretation.

Yao hopes that the project will allow the researchers to capture direct images of physiological activation in ipRGCs, something that has never been done before.

“The success of this project will provide a revolutionary tool to enable parallel optophysiological monitoring of multiple ipRGCs functioning together,” Yao said. “Compared with the current standards of recording single-cell activity, our proposed methodology will open a unique opportunity to foster advanced study of ipRGCs, with the potential for noninvasive recording in humans.”

In addition to his partners at Northwestern, Yao’s team at UIC also includes Taeyoon Son, research assistant professor of Bioengineering and Dingcai Cao, professor of ophthalmology, who will also be crucial contributors on this project.

Source:
Adapted (with modifications) from the UIC College of Engineering News, published on September 3, 2020, by David Brazy.