CBC Accelerator Award to Arnon Lavie, UIC, among early innovation grants that got a UIC spinoff company, Enzyme by Design, to a flying start

Lavie’s idea has materialized, and now he is the founder and CEO of the startup company Enzyme by Design. The company’s goal is to introduce to the market a new form of asparginase — an enzyme used to treat acute lymphoblastic leukemia. Enzyme by Design’s asparginase is as potent as the currently used form of the enzyme, however, unlike the toxic and even lethal sides effects of the current form, it has potentially no toxicity at all.

Below, we have posted a recent interview with Dr. Lavie, for the Illinois Ventures, that touches on important steps that are needed to make a startup a success. Quoting from the article, “It will take a group effort of diverse researchers, industry partners, and funders to map out the future of Illinois’ innovation ecosystem.”

The CBC is proud to have contributed by providing support to Dr. Lavie at this critical point of his company formation.

Coffee with a Founder: Arnon Lavie of Enzyme by Design

When it comes to creating a successful startup, innovation funds combined with ecosystem mentorship are key to guiding valuable academic research to commercialization. The process of creating a company and seeking grants is complex. It’s not rocket science, but for bona fide rocket scientists, therapeutic researchers, and academic innovators, this part of the process is outside their area of expertise. Specialized funding and ecosystem support are needed.

We sat down for a virtual cup of coffee with Dr. Arnon Lavie, CEO and Founder of Enzyme by Design, and professor of biochemistry and molecular genetics at UIC, to discuss how early funding and mentorship impacted his company’s trajectory. 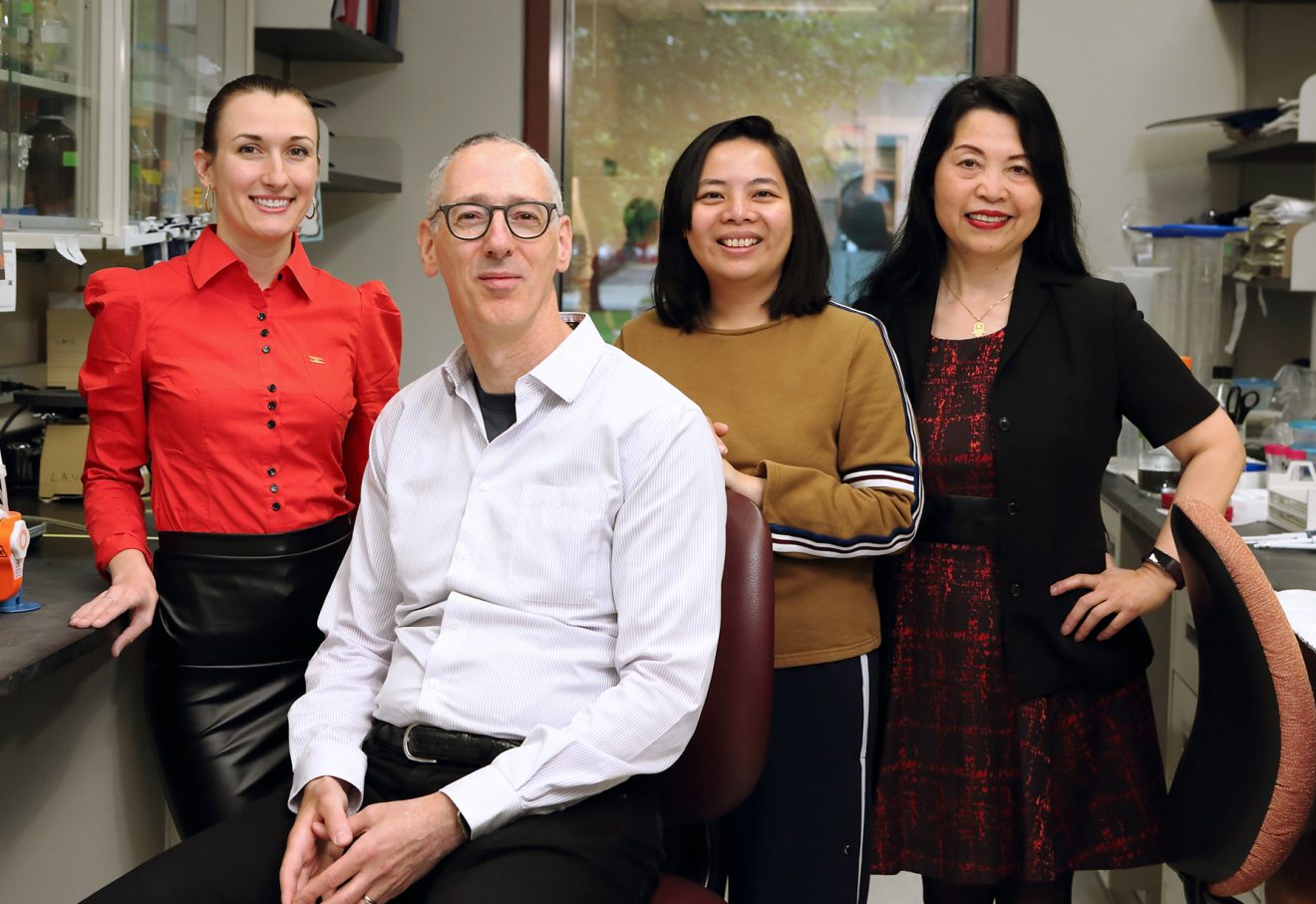 Though he’s been listed as the winner in pitch competitions including MedCity INVEST and Chicago Biomedical Consortium’s Accelerator and Catalyst awards, Lavie’s success isn’t achieved alone. His team of top-tier scientists including Dr. Amanda Schalk, Dr. Hien Anh Nguyen, and Ying Su have worked not just on the science but also on building the business.

“I was very fortunate to have people that bought into the concept of a startup and did a lot of work,” he notes about his team. “There’s no doubt in my mind, the company would not be where it is today without them.”

Enzyme by Design is developing a form of asparaginase, commonly used to treat specific cancers, designed to overcome the toxicity associated with the drug. Dr. Lavie’s team has earned financial backing from Illinois Ventures’ Proof of Concept innovation funding, the Chicago Biomedical Consortium, and STTR/SBIR grants. In all, Enzyme by Design has garnered more than $1M in funding with an additional $2.5M on the near horizon.

Innovation funding supports University of Illinois at Chicago professors like Lavie with some of their earliest commercial translational funding. Since inception in 2012, the program has awarded $4.4M to 67 projects. These projects have gone on to receive $27.3M in private follow-on dollars, illustrating the catalyzing power of innovation funding. But beyond early investment, programs like this provide first-time founders with access to industry and finance leaders who can coach researchers in the process of taking their tech from lab to market.

Lavie is an expert in his field, but quickly realized that turning his research into a marketable product would require knowledge beyond the lab. Through various pitch opportunities and mentoring programs, he’s found expert advisors beyond his content area, ranging from business and operations, to manufacturing and marketing.

“The Proof of Concept mechanism was really helpful, not just for the money, but for meeting the panel evaluating the proposal. One of the things I learned was that I had to start reading the patent literature.”

Following some early guidance, he started voraciously reading available patents, reviewing colleagues’ grant proposals, and seeking opportunities to immerse himself in the language and thought processes of commercialization. From value proposition to market size, he realized that building a successful startup relied not just on good research or technology, but an understanding of where your work fits into the market. With assistance from Chicago Innovation Mentors (CIM), NSF, and NIH Innovation Corps (I-Corps), the team has gained a tremendous amount of data and knowledge, as well as access to mentors that helped shape and refine their future direction.

“Take away the scientific challenges – which are many – make an assumption that you can solve those. Now does it have legs from a commercial point of view? There’s a lot of bureaucracy that you have to understand. One of the biggest activation energy barriers for scientists is to understand that there’s a lot of leg work that they have to do just to set up the system and keep it operational.”

With a diverse set of advisors assembled, he looked for ecosystem peers and predecessors to provide a roadmap for the journey ahead.

“It’s easier to tackle a project after you’ve seen someone do it. We can go on this hike because we know there’s a path we can follow.”

In many ways, Illinois’ entrepreneurial ecosystem is thriving. Award-winning organizations such as iBIO, Chicago Innovation Mentors, MATTER, 1871, and mHub in Chicago; and Enterprise Works in Champaign provide educational opportunities and accelerator space. Universities like UIC, UIUC, Northwestern, and the University of Chicago provide a pipeline of research and some of the brightest innovators in the country. But the ecosystem faces a retention issue: as companies outgrow their spaces locally, they often move to the coasts. As a result, researchers and entrepreneurs like Lavie lose out on pieces of that roadmap to commercialization.

“There’s power in talking to groups that do similar things that you do. When I meet other biochemists, even though they’re working on other things, you can learn from them and help each other. I’d love to have more of that in the city.”

What’s needed for startups to thrive and, importantly, remain in Illinois? Researchers like Lavie and companies like Enzyme by Design need more affordable and well-equipped lab space, early funding, and mentoring to catalyze additional private investment. It will take a group effort of diverse researchers, industry partners, and funders to map out the future of Illinois’ innovation ecosystem.

Adapted (with modifications) from Illinois Ventures, published on July 29, 2020.