Sharing Our Semiannual Newsletter with the CBC Community

The Chicago Biomedical Consortium is pleased to share our semiannual newsletter with the CBC community. Of special note is a recent Nature article (Nature, Vol 461, 22 October 2009) highlighting the CBC and Argonne National Laboratory. It is gratifying to see the city of Chicago presented as a place where academic, philanthropic, and government resources are working collaboratively to move science forward, much in agreement with the CBC mission.

Also included in the newsletter are funding opportunities, reports on symposia and workshops, published CBC-funded research, and researcher profiles.

As always, your comments and suggestions are greatly appreciated.

The Chicago Biomedical Consortium’s Catalyst Award program offers funding of up to $200,000 for one- or two-year collaborative research projects. Catalyst Awards aim to support creative new inter-institutional collaborations in basic biomedical research. Projects should focus on systems biology and address an important biological/biomedical question. Although not limited to the areas of Imaging, Proteomics, and Informatics, these are topics of interest to the CBC. Catalysts are not intended to support incremental progress — the proposed research should be innovative and risky. Preliminary data is not required. Collaborations involving senior and junior faculty members are given special consideration.

To qualify as a substantial collaborative effort, research teams must be composed of Principal Investigators from at least two of the CBC Institutions (NU, UChicago, and UIC).

Catalyst funding may be used to generate data for a variety of funding sources, including NIH R-level grants. Catalyst proposals should include a plan for obtaining future support.

Catalyst applications are reviewed for creativity and scientific merit by the CBC Scientific Review Board, which is composed of three senior scientists from each of the CBC institutions.

The CBC invites students, staff, and faculty to apply to participate in our workshop on Informatics for Proteomics at the CBC/UIC Proteomics and Informatics Services Facility (PISF) at the University of Illinois at Chicago. This intensive workshop will offer an introduction to tandem mass spectrometry-based proteomics, including the key experimental methods and computational tools needed to pursue analysis of complex proteomic data. Attendees will participate in two full days involving lectures on the fundamentals of mass spectrometry-based proteomics and hands-on training using software available at the PISF facility for the analysis of mass spectrometry data.

These tools, plus additional resources, are available throughout the year at PISF to students, staff, and faculty at Northwestern University, University of Chicago, and University of Illinois at Chicago and it is anticipated that this workshop could provide attendees the opportunity to initiate or expand proteomic approaches within their research programs.

Graduate credit for students attending the course will be available from the CIC Traveling Scholar Program. For more information about this program please visit the CIC website www.cic.net

Registration: To be considered for the workshop please send your CV and a one page summary of your research to CBC Program Manager for the University of Chicago Jola Glotzer ( ) by Monday, January 18th. Acceptance decisions will be provided by Tuesday, January 19th. At that time additional information regarding course materials and instructions for payment of the $150 tuition fee will be provided.

If you have any questions please contact Jola Glotzer at:

CBC is pleased to announce that six new research teams received $200K Catalyst Awards in 2009. To date, the CBC has funded a total of 20 Catalyst teams since the program was launched in 2006. The most recent Catalysts are: 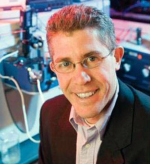 The CBC is delighted to welcome Professor Neil Kelleher, PhD, to Northwestern University as a faculty member in both the Weinberg College of Arts and Sciences (WCAS) and the Feinberg School of Medicine (FSM). Professor Kelleher’s recruitment has been supported through the CBC Recruitment Resources Fund thus designating him a CBC Investigator. Professor Kelleher, whose appointment begins in May 2010, will also become Director of the Proteomics Center of Excellence (PCE).

PCE will focus on the qualitative and quantitative detection of as many cellular components as possible at the protein level. The Center will implement known technologies for “Bottom Up” analysis, but emphasize the philosophy of ‘precision proteomics’, which uses high performance mass spectrometry to deliver protein identifications with very high confidence and in a gene-specific fashion. Quantitation of protein expression and confident assignment of post-translational modifications will also be possible in a highly collaborative framework. The Center will also develop next-generation proteomics using intact proteins (i.e., the “Top Down” approach) and aims to make the Chicago area a leader in translating and implementing this frontier approach. 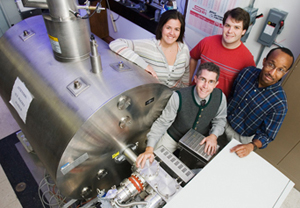 The PCE will bridge the gap between top proteomics research laboratories and university core facilities. The PCE will use a diversity of commercial and custom sample handling approaches, mass spectrometers, and software to apply high performance and cutting-edge proteomics to a variety of cell lines, tissues, and mammalian tissues/fluids.

The PCE is supported by Northwestern University, the Lurie Cancer Center, and the CBC. Joining Professor Kelleher’s team is Dr. Paul Thomas, as Associate Director of the PCE and a Research Faculty member in WCAS, and Dr. Phil Compton as PCE Head of Instrumentation.

Photo: Professor Neil Kelleher and his students, Stefanie Bumpus, Paul Thomas and Bryan Parks, next to the 12 Tesla LTQ FT.

Seventh Annual CBC Symposium, “The Biology of Non-Coding RNAs,” attracted 200 participants, and speakers from Boston, Berkeley, and Bethesda, along with NU, UIC, and UChicago

"The Biology of Non-Coding RNAs: Old Molecules, New Actions" was the topic of the Seventh Annual CBC Symposium held Friday, October 30, 2009 at the Feinberg Pavilion Conference Center, Northwestern Memorial Hospital in Chicago. This year the symposium focused on one of the most amazing discoveries of the last decade — the realization that non-coding RNAs perform a wide variety of cellular functions. The days are long gone when RNAs were only considered as information carriers of DNA. Today, we know that RNA molecules control many cellular processes, including chromatin organization, splicing, translation, and viral defense. Functional non-coding RNA molecules range from hundreds in bacteria to possibly tens of thousands in humans.

Close to 200 participants attended this year’s symposium. The presentations were received with great enthusiasm and were followed by lively discussions. The day also included a morning poster session and a closing reception. Nicholas Reiter from the Department of Biochemistry, Molecular Biology and Cell Biology, Northwestern University, received first prize for his poster titled: "Structural studies of an RNase P/tRNA ternary complex." 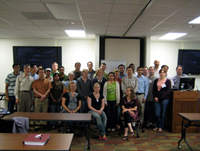 The CBC/UIC RRC Proteomics and Informatics Services Facility (PISF) continues to support the very successful Proteomics and Informatics Summer Course. As in previous years, the class of 22-24 faculty, trainees, and technicians received more applications than could be accommodated. The course was extended by an additional day this year (now 4 days) to allow consultations between class participants and facility directors on specific research programs and ways in which PISF could assist. In survey responses, the attendees were overwhelmingly positive as to how they viewed the course and the instructors. Of particular note to the attendees was access to larger and better-equipped classroom and computer space in the UIC Pharmacy Building. 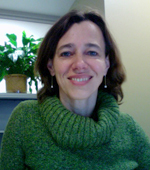 The Chicago Biomedical Consortium is pleased to welcome Jola Glotzer, MD as the CBC Program Manager for the University of Chicago. Dr. Glotzer brings an impressive and valuable background in clinical work, biomedical research and media design. Jola (pronounced “Yola”) was trained in clinical medicine at Nicolaus Copernicus Medical University, Cracow, Poland. After medical school, Jola began graduate studies at the University of California, San Francisco, and went on to work at EMBL (Heidelberg, Germany), and the Research Institute of Molecular Pathology (Vienna, Austria). Her research spanned many aspects of biomedical science, including the physiology and molecular biology of ion channels, intracellular mRNA and virus trafficking, and the role of growth factors in embryonic mammalian development. Upon returning to the US and helping to raise her family, Jola started a successful web design and graphic arts business in Hyde Park that worked closely with several departments and research groups on the University of Chicago campus.

The CBC is very fortunate to have Jola aboard and encourages the CBC community to make her “feel at home.” In addition to being a daily CBC contact for University of Chicago researchers and administrators, Jola will oversee the CBC website and communications to the wider Chicago research community. Jola is located on the University of Chicago’s Hyde Park campus, working closely with UChicago CBC scientific director Jonathan Silverstein, and can be reached via email ( ) or by phone (773.834.5132).

2009 has been the most scientifically productive and impactful year to date for CBC funded researchers, with 52 research papers published as a result of CBC-sponsored activities (see complete list of CBC publications).

Here are a few highlights of selected recent papers:

Another Catalyst group, Wonhwa Cho and Hui Lu, present their findings on PDZ2 domain of zonula occludens-1 and -2 in Cellular and Molecular Life Sciences. (PubMed)

Tom O’Halloran, a Spark Award team member, describes in Science results of his research performed with the support of the CBC-Proteomics and Informatics Services Facility (PISF) on how tetrathiomolybdate inhibits copper trafficking proteins through metal cluster formation. (PubMed)

Another Spark Award team member, Robert Goldman, through his studies of progeria mutations, reveals a function for lamin A in nuclear assembly, architecture, and chromosome organization, as described in Proc Natl Acad Sci U S A. (PubMed)

From the first appointed ‘CBC Investigator’, Kevin White, comes analysis of the Drosophila segmentation network and identification of a JNK pathway factor overexpressed in kidney cancer, published in Science. (PubMed)

Michael Glotzer, PhD, Associate Professor, Department of Molecular Genetics and Cell Biology at the University of Chicago was featured in the December 2009 issue of The Scientist: Divide, Conquer. Michael Glotzer’s built-from-scratch biochemistry, and do-it-yourself genetics and microscopy, have revealed some of the secrets of cell division. (The Scientist, Volume 23, Issue 12, Page 48)