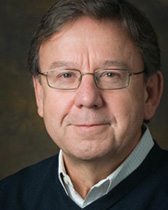 Alzheimer’s disease (AD) affects about 6% of people over 65 years of age and causes close to half a million deaths each year. Currently, no treatment is available to prevent, stop or reverse the disease progression. Amyloid β oligomers (AβOs) are neurotoxic ligands that bind to synaptic proteins and instigate the synapse damage associated with AD. Identification of AβO-specific receptor(s) has been evasive due to extensive protein-protein interactions that occur following AβO binding to synaptic membranes and rapid internalization of the AβOs complexes. Thus, developing a simplified system that isolates the initial AβOs attachment step could facilitate identification of both the AβO-specific receptor(s) and potential small molecule therapeutics that block AβO-receptor interactions.

In the paper published on April 30, 2015 in the journal PLoS One, titled “Nanoscale Synaptic Membrane Mimetic Allows Unbiased High Throughput Screen that Targets Binding Sites for Alzheimer’s-Associated Aβ Oligomers,” William Klein, Professor of Neurobiology at NU (right), and his colleagues constructed a solubilized membrane protein library (SMPL) containing individual synaptic membrane proteins incorporated into nanoscale self-assembling phospholipid bilayers called Nanodiscs (see schematic below). The binding of AβOs to Nanodiscs mimics AβO binding to synaptic membranes both intact and fragmented (synaptosomes). As Nanodiscs are soluble they can be used in solution-based HTS assays. In a pilot HTS screen of 2700 drug-like compounds, several candidates blocked AβO binding to Nanodiscs, but only one, aurin tricarboxylic acid (ATA), inhibited AβO binding to both Nanodiscs, synaptosomes, and neurons.   Although ATA is not a therapeutic candidate, it will be a useful experimental antagonist for future mechanistic studies of AβOs in AD models. 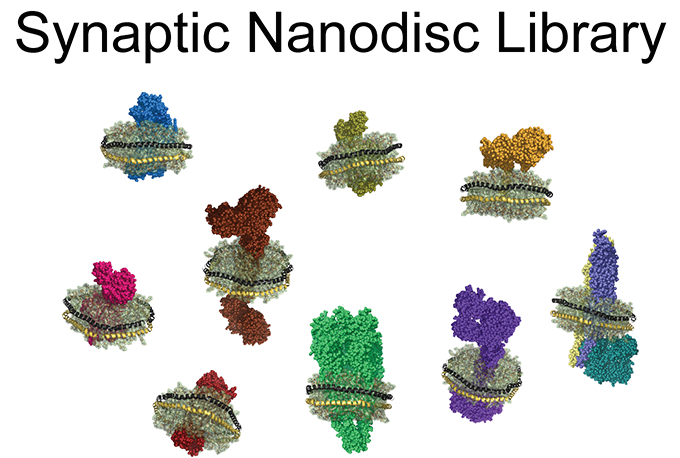 These results provide proof of concept for using SMPL-Nanodiscs in HTS assays for AβO receptor(s) and binding antagonists. The reported work stems from collaboration between Klein’s lab, notably Kyle Wilcox, postdoctoral fellow in the lab and the first author on the paper, and Stephen Sligar, inventor of Nanodiscs and director, School of Molecular and Cell Biology, UIUC. HTS experiments were carried at the NU High Throughput Analysis Laboratory (HTA) directed by Chi-Hao Luan, also co-author on the paper. The publication is partially attributed to the CBC HTS Grant awarded to Klein in June 2013 for a project titled: “Biomimetic Nanodiscs for HTS discovery of AβO binding antagonists.”

Established in Spring 2013, the CBC HTS Supplemental Grant program was designed to support pilot projects focused on biomedically-relevant targets that will be conducted at a HTS core facility located at one of the CBC universities. The three HTS facilities include the aforementioned NU HTA, the University of Chicago’s Cellular Screening Center (CSC), directed by Sam Bettis and The University of Illinois at Chicago (UIC) HTS Facility, with Kiira Ratia as director. The HTS directors play a crucial role in the HTS Award program. Applicants must have their screening assay approved by the HTS director of the facility they will be using prior to submitting an application to the CBC. If funded, the HTS director monitors the project’s progress and provides advice as needed to ensure the successful completion of the proposed work.