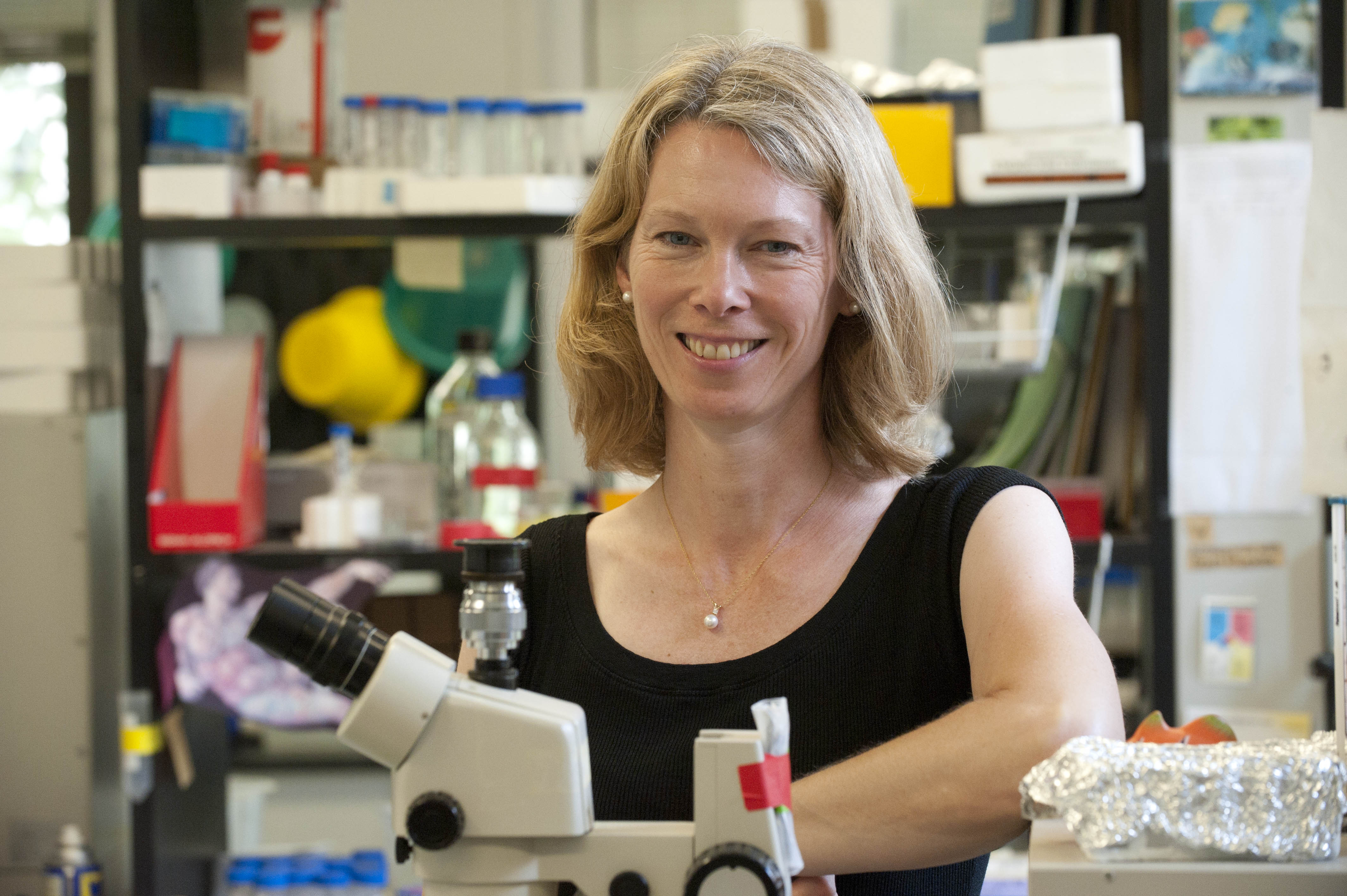 The neural crest is morphologically defined as two elongated strips of cells of ectodermal origin located along the margins of the neural tube of a vertebrate embryo. As the embryo develops, the neural crest cells (NCCs) migrate to many different locations and differentiate into many cell types eventually contributing to the different systems and organs (e.g., neural, skin, teeth, head, face, heart, adrenal glands, gastrointestinal tract) of the maturing organism.

Zebrafish is an excellent model system to study cell migration as the embryos are transparent, allowing for high-resolution real-time imaging. In addition, the system is enabled with powerful genetic and transgenic tools.

Prince is a CBC Catalyst Award recipient, which she received with Ankur Saxena of UIC in 2016, for the project “In Vivo Multicellular Dynamics of Neural Crest Stem Cell Migration.” The CBC funds are acknowledged as having partially supported Prince’s work that is included in the review. Congratulations!

Our understanding of the neural crest, a key vertebrate innovation, is built upon studies of multiple model organisms. Early research on neural crest cells (NCCs) was dominated by analyses of accessible amphibian and avian embryos, with mouse genetics providing complementary insights in more recent years. The zebrafish model is a relative newcomer to the field, yet it offers unparalleled advantages for the study of NCCs. Specifically, zebrafish provide powerful genetic and transgenic tools, coupled with rapidly developing transparent embryos that are ideal for high-resolution real-time imaging of the dynamic process of neural crest development. While the broad principles of neural crest development are largely conserved across vertebrate species, there are critical differences in anatomy, morphogenesis, and genetics that must be considered before information from one model is extrapolated to another. Here, our goal is to provide the reader with a helpful primer specific to neural crest development in the zebrafish model. We focus largely on the earliest events-specification, delamination, and migration-discussing what is known about zebrafish NCC development and how it differs from NCC development in non-teleost species, as well as highlighting current gaps in knowledge.

We are grateful to our colleagues in the neural crest field for helpful conversations that have influenced this article, and we apologize to the many individuals whose excellent work we were unable to cite due to space limitations. In particular, we thank Jon Clarke for his input to the section on neurulation, and Mary Halloran, Ankur Saxena, and Robert Ho and members of his group, for many helpful discussions. We also thank the expert reviewers of the initial version of the manuscript, whose insightful comments helped us to make significant improvements. Related work in the Prince lab was funded by NSF award 1528911 and by the Chicago Biomedical Consortium with support from the Searle Funds at Chicago Community Trust (award C‐070 to VEP and Ankur Saxena). KA was supported by the George A. Hines Scholarship fund. MR and AB were supported by the Eunice Kennedy Shriver National Institute Of Child Health & Human Development of the National Institutes of Health under award number T32HD055164. This material is additionally based upon work supported by award number F31HD097957 to MR, and by the National Science Foundation Graduate Research Fellowship Program under Grant No #DGE‐1144082 to AB. Any opinions, findings, and conclusions or recommendations expressed in this material are those of the authors and do not necessarily reflect the views of the National Institutes of Health or the National Science Foundation. Finally, this work benefitted from the resources of the ZFIN database (zfin.org).