Congratulations to the UIC research team, Ernesto Bongarzone and Maria Givogri, who recently received a Dr. Ralph and Marian Falk Medical Research Trust Awards Programs 2017 Catalyst Award. The team is working to develop a new technology for extracellular vesicles as carriers for a drug that could help treat multiple sclerosis. CBC is proud to have supported Dr. Bongarzone’s work: he is one of the newest recipients of a CBC Catalyst Award (2017). In addition, Bongarzone and his postdoc, Ludovic D’auria, received a CBC Postdoctoral Award (2014).

A new way to deliver multiple sclerosis drugs to the brain

Two researchers in the department of anatomy and cell biology in the UIC College of Medicine have received a seed grant to develop a new drug delivery method that holds promise in the treatment of multiple sclerosis. 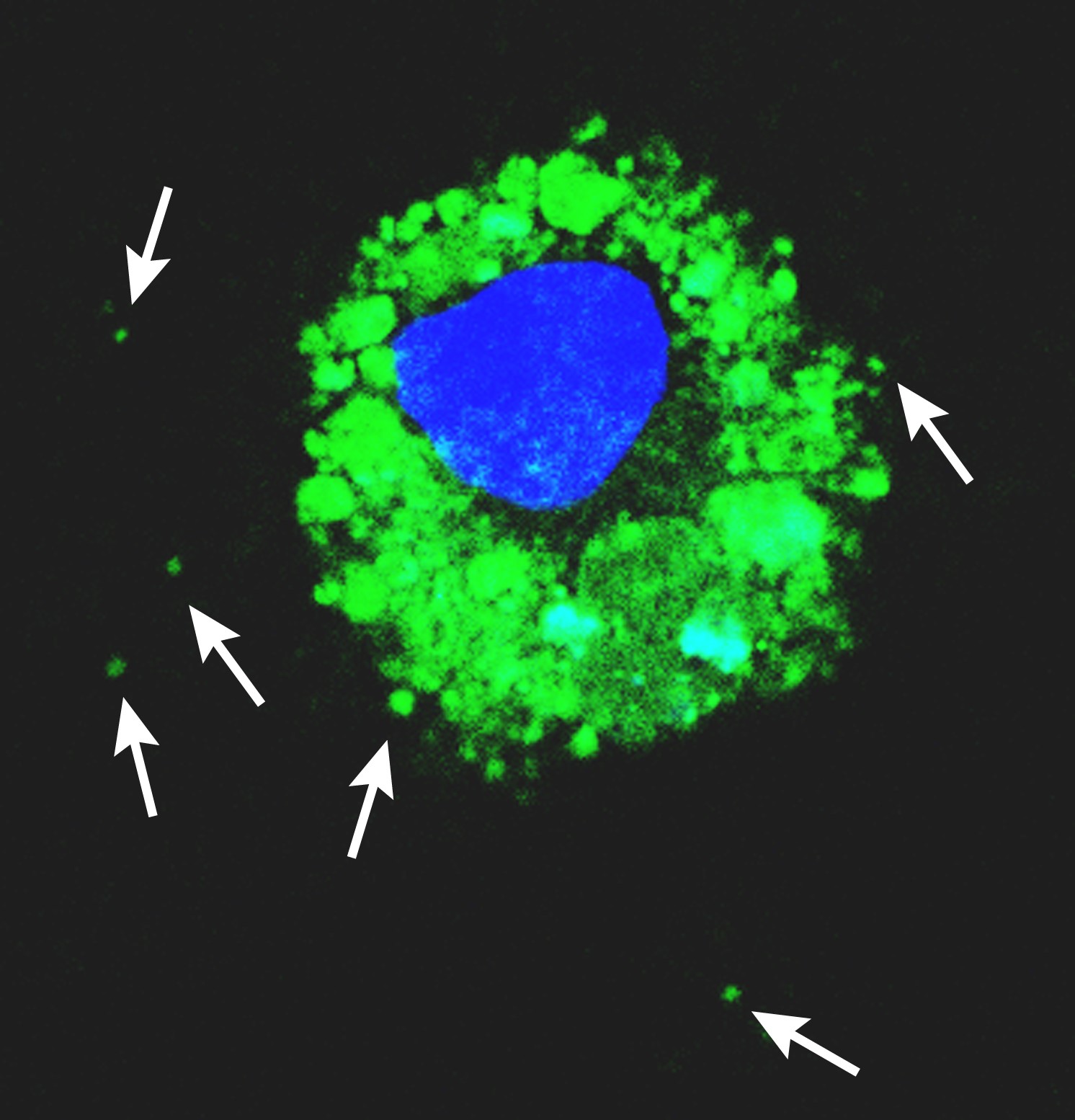 White arrows point to extracellular vesicles coming off a cell.

Ernesto Bongarzone and Maria Givogri are one of only about a dozen research groups in the nation to receive a Dr. Ralph and Marian Falk Medical Research Trust Awards Programs 2017 Catalyst Award. U.S. Trust, Bank of America, N.A., serves as Trustee for the Falk Medical Research Trust. The $300,000, one-year award is for conducting preliminary research projects deemed high risk, but also high reward. The Catalyst Awards are a stepping stone to eligibility for the Falk Transformational Awards Program which provides $1,000,000 for a two-year funding cycle to successful Catalyst awardees to continue their work developing new ways to treat disease.

Bongarzone and Givogri are interested in turning naturally occurring extracellular vesicles – tiny “bubbles” given off by a range of cell types – into targeted delivery vehicles for drugs to treat multiple sclerosis.

“Extracellular vesicles are secreted by lots of cells, and they closely reflect the identity of the cell from which they came,” said Bongarzone, who is a professor of anatomy and cell biology at UIC. “If we can manipulate these vesicles to fuse with a specific cell type and carry a therapeutic agent or drug, they can be a powerful weapon against a variety of diseases.” 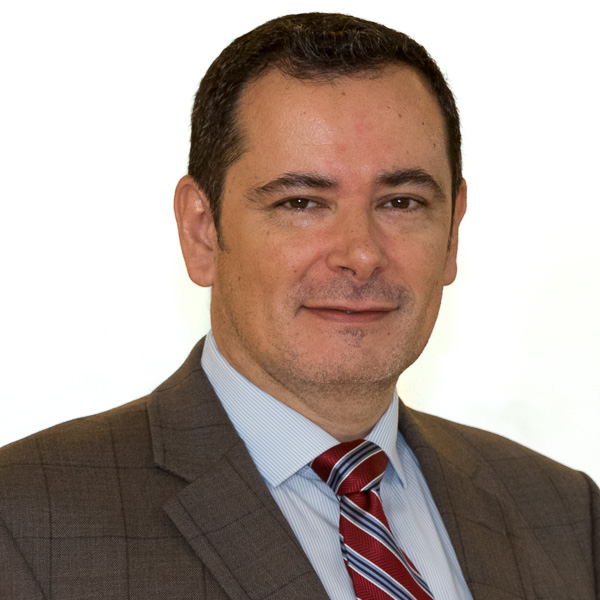 Extracellular vesicles are one of many ways cells communicate with each other — especially with distant cells. Materials including proteins, molecules and bits of RNA can be packaged into the vesicles, which travel in the bloodstream, cerebrospinal fluid and extracellular fluids until they fuse with their target cell and dump their cargo. But their contents may not always be benign, explained Givogri, who is research assistant professor of anatomy and cell biology at UIC. “They may play a significant role in spreading disease as well,” she said. “There is much more to learn about how they function in this way, including their role in cancer metastasis.”

Bongarzone and Givogri will use the award to test methods to optimize the production of extracellular vesicles from mesenchymal stem cells and tag them with receptors that will allow the vesicles to bind to specialized cells in the brain and spinal cord. These cells, called oligodendrocytes, are responsible for producing the insulating myelin sheath that surrounds nerve cells. In multiple sclerosis, oligodendrocytes do not produce enough myelin, and nerve impulses become disrupted leading to muscle weakness, pain and vision problems, among other symptoms.

Once the researchers can reliably produce extracellular vesicles that bind specifically to oligodendrocytes and test their safety and activity in mice, they will apply for further funding to help them incorporate a small molecule of RNA, known as micro RNA, that has been shown to help boost the production of myelin in oligodendrocytes.

“Using extracellular vesicles lets us send drugs across the blood-brain barrier, which many other therapeutic agents cannot cross,” said Bongarzone. “Another benefit is that we can take mesenchymal stem cells from a patient and use them to generate vesicles for drug delivery, which will remove issues of rejection.”

Adapted (with modifications) from UIC today posted by Sharon Parmet on December 4, 2017.