Congratulations to two teams from the NU Chemistry of Life Processes Institute (CLP) for being honored with the 2018 Cornew Innovation Awards by the Institute’s Executive Advisory Board. A team investigating the ability of zinc to prevent glaucoma has a number of connections to the CBC: Hao F. Zhang received a CBC Catalyst Award (2015), Thomas O’Halloran a CBC Spark (2009) and Vadim Backman a CBC Lever (2015). In addition, Tom served on two CBC scientific boards and participated in CBC events as an invited speaker (see below). 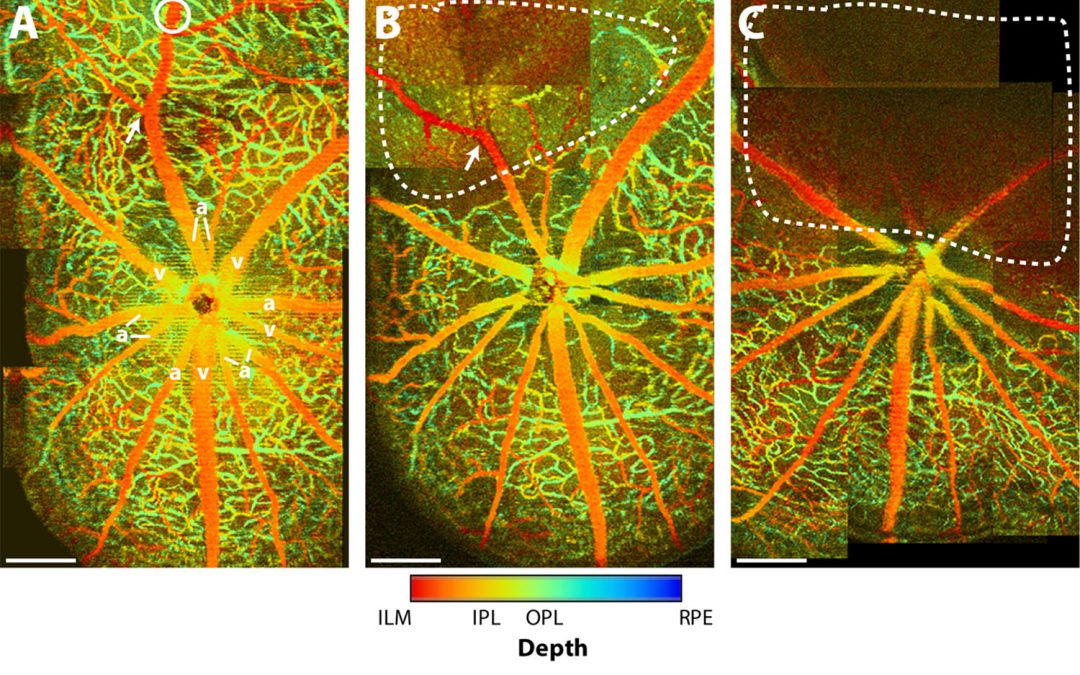 Two teams of Chemistry of Life Processes Institute (CLP) investigators were each awarded $50,000 in seed funding to initiate new research projects by the Institute’s Executive Advisory Board during their November 17th meeting. Recipients of the CLP Cornew Innovation awards were selected through a competitive process culminating in presentations to the board.

Funding was awarded to Hao F. Zhang (Biomedical Engineering), Thomas O’Halloran (Chemistry), and John Troy (Biomedical Engineering) to investigate the ability of zinc to prevent glaucoma using proprietary imaging technology developed by Hao Zhang and his collaborators. David Harris (Chemistry) and Irawati Kandela (Center for Developmental Therapeutics) received funding to support their work on the development of cobalt-based molecular MRI probes for detecting tumors based on differences in extracellular pH between tumor and normal tissue.

Optical Ultrastructural Investigation of Neuroprotection from Zinc in Experimental Glaucoma

Glaucoma, affecting 60 million people worldwide, is characterized by progressive irreversible damage to retinal ganglion cells, the neurons that carry visual signals from the eye to the brain. It is often considered the “silent thief of sight” because most types of glaucoma produce no obvious symptoms until vision loss occurs. Nerve damage is caused by increasing pressure within the eye. Currently, the only clinical treatment available is drainage of fluid from the eye to reduce pressure. This approach is a mere stop-gap in holding back the tide of vision loss.

More recently the team of O’Halloran, Zhang and Troy found that when an optic nerve is damaged, there is an increase of zinc in ganglion cells; possibly signaling the initiation of nerve cell death. They will use the CLP Cornew Innovation award to obtain the preliminary data needed to support an NIH grant application focused on the role of zinc uptake in optic nerve injury in glaucoma. Their long-term goal is to develop more sensitive tests for early diagnosis of glaucoma and to identify new targets for therapeutic intervention.

The extracellular microenvironment of tumors is known to be more acidic, with a lower pH, than healthy tissue. This tumor characteristic is closely associated with metastasis and cancer progression, and it influences the effectiveness of chemotherapy. Magnetic resonance imaging (MRI) is already used clinically to monitor cancer metastasis in patients. Among the many clinical imaging methods, MRI is used due to its capability for unlimited tissue penetration depth and high spatiotemporal image resolution, without exposing the patient to ionizing radiation as in X-rays and CT scans.

The goal of developing new MRI probes that can quantify and image subtle changes in tumor pH would generate unprecedented knowledge of tumor biology and accelerate the development of new approaches to cancer treatment.

The CLP Cornew Innovation award winner, David Harris, will develop a new cobalt-based MRI probes complexes that can be tuned and maximized to varying pH sensitivities. These probes will be tested by Irawati Kandela in various tumor models in the Developmental Therapeutics Core to determine their absorption by tumor cells. Together they will map the pH values of tumors and metastases using in vivo imaging experiments, and determine the relationship between tissue pH and tumor aggressiveness in individual tumors.

Cornew Innovation awards made by the CLP Executive Advisory Board support potentially high value, high risk research at the juncture of multiple disciplines. This funding has not only led to $17M in new federal funding, but has led to the development of a new class of therapeutics for treating Alzheimer’s disease, new surgical glues, and surprising new insights into the earliest stages of fertilization and embryonic development.

The Cornew Innovation Fund is made possible by the philanthropy of the CLP Executive Advisory Board.