Can we predict Alzheimer’s?

Rick Morimoto, NU, is a world expert on protein quality control and the mechanisms and consequences of protein misfolding in neurodegenerative diseases, including Alzheimer’s Disease (AD). Rick is also one of the founding CBC Directors and has served in this role — as CBC Scientific Director for NU — from 2006 until present. In October 2018, Morimoto, together with a stellar group of colleagues from Northwestern, Stanford University, Harvard Medical School, Scripps Research and the Gladstone Institutes at University of California, San Francisco, received a $12.6 million grant from the National Institute on Aging at the National Institutes of Health (NIH), to study aging and neurodegenerative disease. CBC congratulates Rick and his team and takes the opportunity to express gratitude for years of service and guidance to the CBC!

A New Way to Predict Alzheimer’s 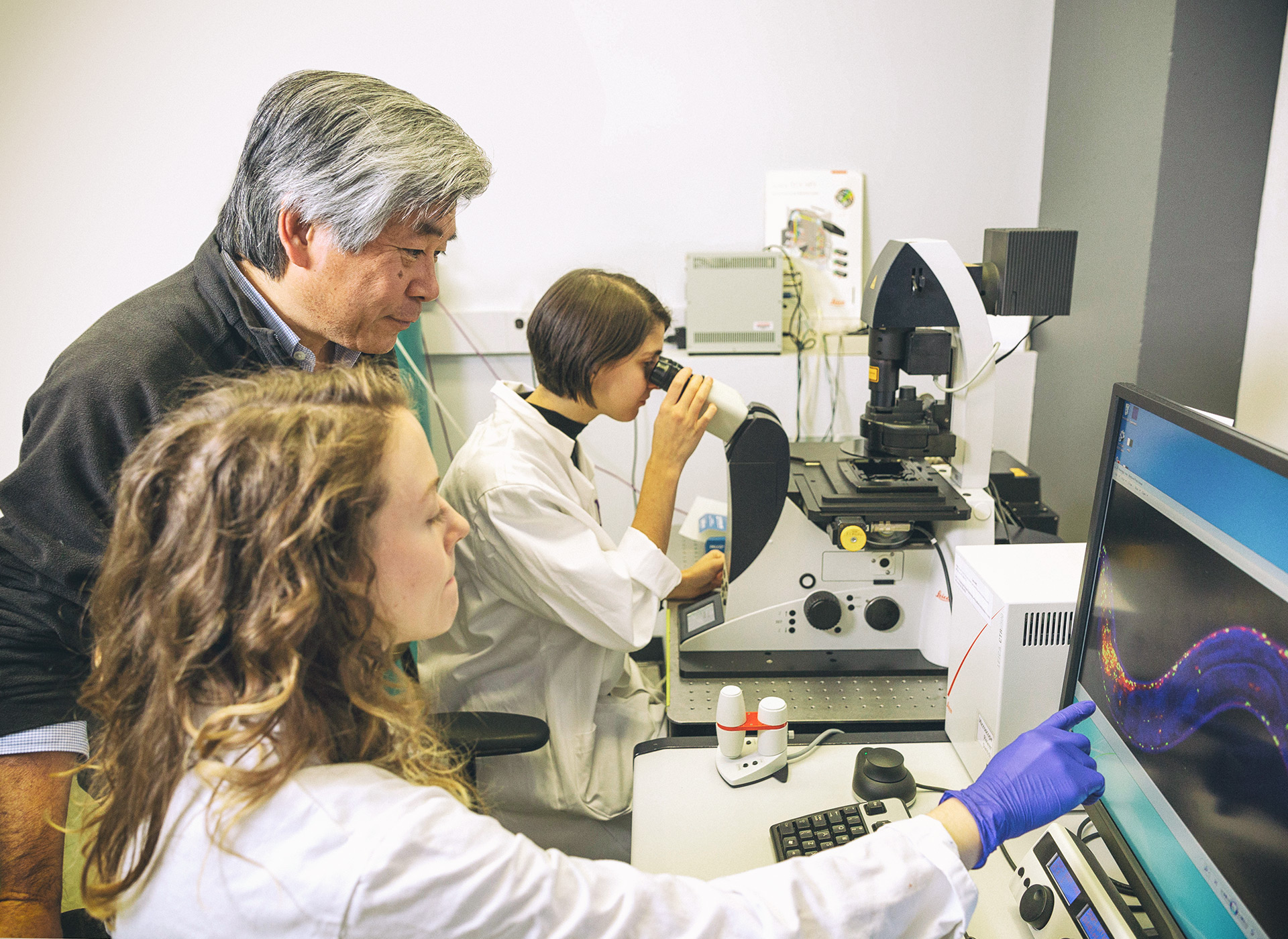 Alzheimer’s disease is most commonly diagnosed in people over age 65. That, says molecular biosciences professor Richard Morimoto, offers a critical clue to understanding Alzheimer’s and other neurodegenerative diseases.

“This means that in our youth, during development, there are effective protective mechanisms that the cell is utilizing to keep us from getting Alzheimer’s,” he says.

With this in mind, Morimoto, the Bill and Gayle Cook Professor of Biology in the Weinberg College of Arts and Sciences, is looking at the disease from an entirely new angle. Instead of looking at amyloid plaques, which are regarded as a key hallmark of Alzheimer’s, Morimoto is looking at proteins.

“Proteins are the building blocks of life,” he says. “Twenty amino acids in different combinations make every protein, and those proteins have really remarkable functions.”

Northwestern molecular biosciences professor Richard Morimoto says proteostasis — how every protein in the body is created, functions and degrades — can help researchers understand aging and the risk of neurodegenerative diseases, potentially leading to new treatments for Alzheimer’s disease and other conditions.

Morimoto and his colleagues coined the term “proteostasis” in 2008 to describe the processes by which every protein in every cell gets made and sent to the right place, functions as it should and degrades at the right moment.

Alzheimer’s disease, according to Morimoto, is a protein-misfolding disease, meaning something goes wrong in the proteins that keep our brains working smoothly. In short, the protein quality control fails in Alzheimer’s.

“Despite the tremendous effort of the pharmaceutical industry, we have nothing we can provide to patients,” he says. “And I think a key factor in this failure, unfortunately, is that scientists who work on neurodegenerative diseases have neglected that the major risk factor is aging. Something happens in the process of biological aging that puts the cell at risk so that the proteins that cause Alzheimer’s start to misfold.” 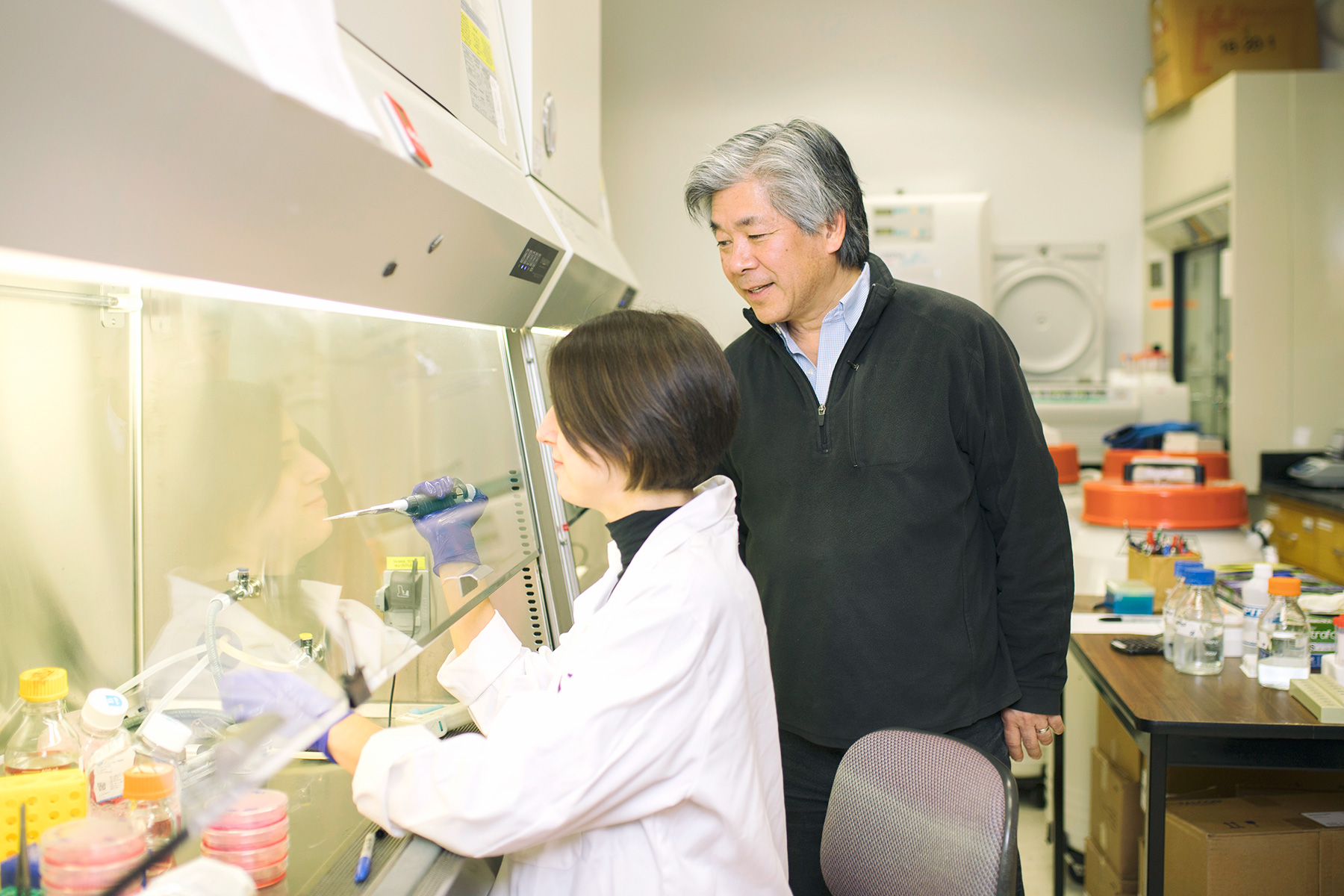 Morimoto is now focused on better understanding how the body’s quality control machinery keeps itself robust, and why it can fail in our later years. He’s determined to identify the first sign of failure in hopes of identifying who’s at risk and delaying the onset of Alzheimer’s disease.

Morimoto and his team have identified one important clue: When model organisms reach reproductive maturity, the quality control system shuts off genetically, marking the start of cellular aging.

“It’s like someone threw the switch,” he says. “But here’s the good news: We discovered we could turn the switch back on, and protein misfolding is suppressed.”

In subsequent work, the researchers identified 18 genes involved in this age-related neurodegeneration. By pinpointing the events — at the protein and genetic level — that lead to Alzheimer’s and other neurodegerative diseases, Morimoto says it may be possible to predict and even prevent protein misfolding.

“If we can predict who will get Alzheimer’s, we’ll know what to look for in the development of therapeutics,” he says. “Instead of waiting for the person to respond cognitively, which could take months, we’ll be able to monitor the changes at the cellular and molecular level to see if the therapeutic is working.”

Morimoto is now leading a national effort to better understand the role of protein quality control in neurodegenerative diseases — including Alzheimer’s — and human aging. Supported by a $12.6 million grant from the National Institute on Aging at the National Institutes of Health (NIH), researchers from Northwestern, Stanford University, Harvard Medical School, Scripps Research and the Gladstone Institutes at University of California, San Francisco, will use Morimoto’s concept of proteostasis to better understand the cellular and molecular changes that put older people at risk for Alzheimer’s and other diseases.

“We are bringing together all of the models and molecules that have ever been found to affect proteins and their stability,” Morimoto says. “We’re going to learn more about how cells deal with these different proteins, and new strategies for how to therapeutically reset the protein quality control system. I think ‘reset’ is the key word. The system is working wonderfully at 30 years old, at 20 years old. Let’s just reset it.”

Source:
Adapted (with modifications) from the NU Medicine Magazine 2019, by Clare Milliken.

November 9, 2017
▸ Stress may be good for you, in small doses – a CBC scientific director knows it best

June 12, 2013
▸ Many Tissues, One Body: Intertissue Collaboration in Stress