Our third article concludes this week’s series dedicated to the newest developments in the field of neuroprosthetics and to the role that CBC community members have played in its advancement. A surprising finding is that feeling ‘something’ by touch is very different than sensing it all! Although neuroprosthetics have reached an important milestone that allows the amputees to perceive touch – it is still rather limited to being able to distinguish which prosthetic finger is touching an object or sensing the pressure exerted on it. However, distinguishing among textures — whether it is velvet or sand paper — remains imperceivable for the amputees equipped with the bionic limbs. In a recent PNAS paper, Sliman Bensmaia, UChicago, beautifully demonstrates why feeling texture is so complex. He shows that there is no clear zoning in the brain that could be assigned to distinguishing textures. Rather, many different neuronal circuits are involved, stimulated by a specific textural overlap and creating the magnitude of sensory experiences. Congratulations, Sliman, on solving this piece of the puzzle! Hopefully, in time, this new knowledge will begin to enrich the variety of touch sensations through the prosthetic limbs. Bensmaia is CBC past Catalyst Awardee (see below for the details).

How the brain responds to texture 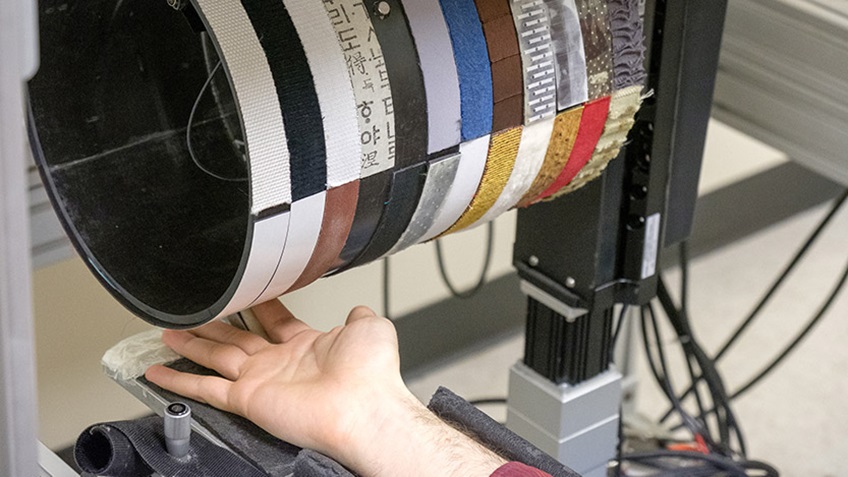 A rotating drum covered with strips of different fabrics, sandpapers and patterns to measure how the skin and nervous system respond to texture. (Source: UChicago Medicine News)

Our hands and fingertips are amazingly sensitive to texture. We can easily distinguish coarse sandpaper from smooth glass, but we also pick up more subtle differences across a wide range of textures, like the slick sheen of silk or the soft give of cotton.

Information about texture is transmitted from sensors in the skin and through the nerves to the somatosensory cortex, the part of the brain responsible for interpreting the sense of touch. New research by neuroscientists at the University of Chicago shows that as neurons in this part of the brain process this information, they each respond differently to various features of a surface, creating a high-dimensional representation of texture in the brain. 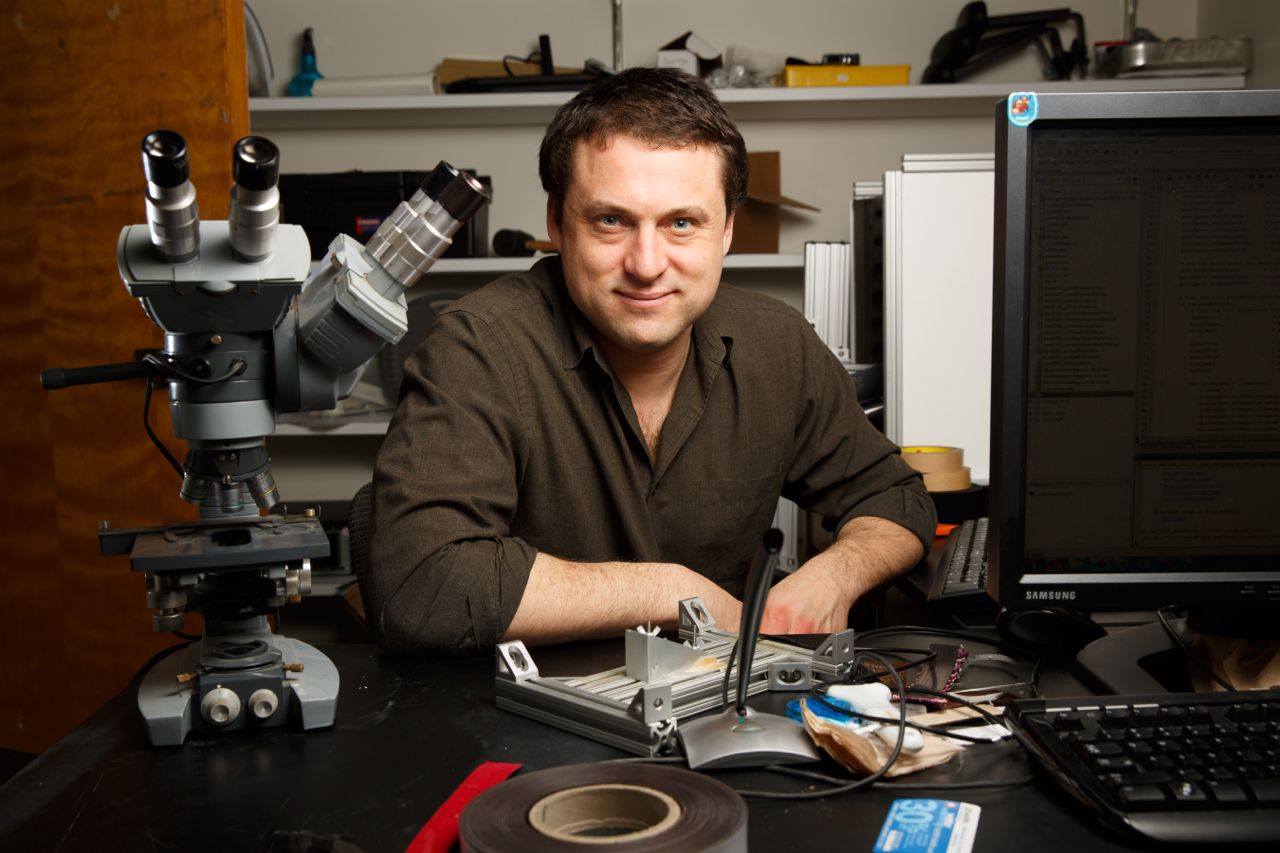 “Objects can have textures that we can describe in simple terms like rough or soft or hard. But they can also be velvety or cottony or furry,” said Sliman Bensmaia, PhD, associate professor of organismal biology and anatomy at UChicago and senior author of the study. “The variety of different adjectives you can use to describe texture just highlights that it’s a rich sensory space. So, it makes sense that you need to have a rich neural space in the brain to interpret that too.”

The study was published this week in the Proceedings of the National Academy of Sciences (PNAS). Bensmaia is a leading expert on how the brain and nervous system interpret the sense of touch, including texture. In a 2013 study from PNAS, his lab showed how different kinds of nerve fibers respond to different aspects of texture. Some nerves respond mainly to spatial elements of coarse textures, like the raised bumps of a Braille letter that create a pattern when pressed against the skin. Others respond to vibrations created when the skin rubs across fine textures, like fabrics, which account for the vast majority of textures we encounter in the real world.

In that study, Bensmaia and his colleagues used a rotating drum covered with strips of various coarse and fine textures, such as sandpaper, fabrics and plastics. The drum then ran the textures across the fingertips of Rhesus macaque monkeys, whose somatosensory system is similar to humans, while the researchers recorded the responses in the nerve.

How do you measure the sense of touch? (Source: UChicago Medicine News)

For the new study, led by postdoctoral scholar Justin Lieber, PhD, the researchers recorded the corresponding responses to the same textures directly from the brain, using electrodes implanted into the somatosensory cortex of the monkeys.

“Some of them map onto things we understand, like roughness or the spatial pattern of a texture,” Bensmaia said. “But then it becomes combinations of skin vibration coupled with patterns of skin deformation, things that are abstract and a little harder to describe.”

But these more abstract features of texture are what can make the difference in being able to distinguish between bedsheets with different thread counts. The researchers recorded responses to 55 different textures, and Bensmaia says he can tell which one was used just by looking at the pattern of activity it generated in the brain.

Along with Nicho Hatsopoulos, PhD, professor of organismal biology and anatomy, who studies how the brain directs movement in the limbs, Bensmaia also pioneered research to build brain-controlled robotic prosthetic limbs. These devices work by implanting arrays of electrodes in the somatosensory cortex and areas of the brain that control movement. The electrodes pick up activity in neurons as the patient thinks about moving their own arm to direct the robotic arm to move accordingly. The prosthetic hand is fitted with sensors to detect sensations of touch, such as pressing on individual fingertips, which in turn generates electrical signals that stimulate the appropriate areas of the brain.

Theoretically, the same techniques could recreate sensations of texture through a neuroprosthetic, but Bensmaia points out that the new study shows why this could be a challenging task. The neurons that correspond to each fingertip are located in clearly defined areas of the somatosensory cortex, so it’s easier to stimulate the appropriate spot for a given touch. But neurons throughout the somatosensory cortex respond to texture inputs, and they’re mixed together. There’s no defined region of neurons that respond to sandpaper or the plastic keyboard of a laptop, for example.

“It’s going to be pretty challenging to be able to create textural sensations through electrical stimulation, because you don’t have these monolithic groups of neurons working together,” he said. “It’s very heterogenous, which could make it difficult to implement in prosthetics. But that’s also how we get this rich sensation of texture in the first place.”

The study “High-dimensional representation of texture in the somatosensory cortex of primates,” was supported by the National Institute of Neurological Disorders and Stroke.

Source:
Adapted (with modifications) from the UChicago Medicine News, by Matt Wood, published on February 8, 2019.