Congratulations to Dimitri Krainc, NU, for his recent publication in PNAS, in which he provides novel insight into Parkinson’s Disease (PD) development. Krainc observed that, in PD neurons, there is an increased accumulation of oxidized dopamine, and this is linked to another cellular defect found in these neurons, the malfunction of endocytic vesicles that mediate synaptic dopamine transport. The excess of oxidized dopamine is neurotoxic and causes cell death contributing to the PD pathogenesis. Mutations in two proteins, auxilin and LRRK2, that are involved in proper endocytic vesicle formation are also linked to PD, further strengthening the proposed mechanism. Krainc is a recent recipient of a CBC Catalyst Award (2017) for the project: “In situ Lysosomal Ion Imaging as a Sensitive Diagnostic for Lysosomal Disorders.” 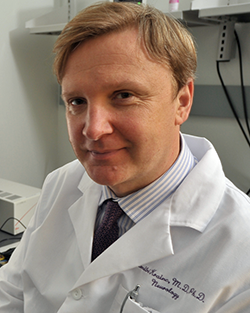 Dimitri Krainc, MD, PhD, the Aaron Montgomery Ward Professor and chair of The Ken and Ruth Davee Department of Neurology, was senior author of a study published in Proceedings of the National Academy of Sciences of the United States of America.

Northwestern Medicine scientists identified a cellular mechanism that leads to neurodegeneration in patients with Parkinson’s disease, according to a study published in Proceedings of the National Academy of Sciences.

Dimitri Krainc, MD, PhD, chair and Aaron Montgomery Ward Professor of Neurology, was the senior author of the study, which demonstrated a link between defective synaptic vesicle endocytosis and accumulation of toxic oxidized dopamine.

When it accumulates in the brain, oxidized dopamine has been shown to mediate the death of dopamine-containing neurons, causing the common motor symptoms observed in Parkinson’s disease (PD) patients, according to previous research conducted by Krainc and published in Science. While people naturally lose dopamine neurons as they age, patients with PD lose a much larger number of these neurons and the remaining cells are no longer able to compensate for the loss of brain function, leading to disease.

“In our prior work, we found that oxidized dopamine is toxic to neurons,” said Krainc, who is also director of the Center for Neurogenetics. “In this paper, we further explain how such oxidized dopamine is formed in synaptic terminals of neurons from patients with Parkinson’s disease.”

The process begins when a protein called auxilin is dysregulated by another protein, a mutated form of LRRK2. Normally, auxilin regulates the process of synaptic vesicle endocytosis, a mechanism that neurons use to replenish the chemical signals needed to communicate with each other. 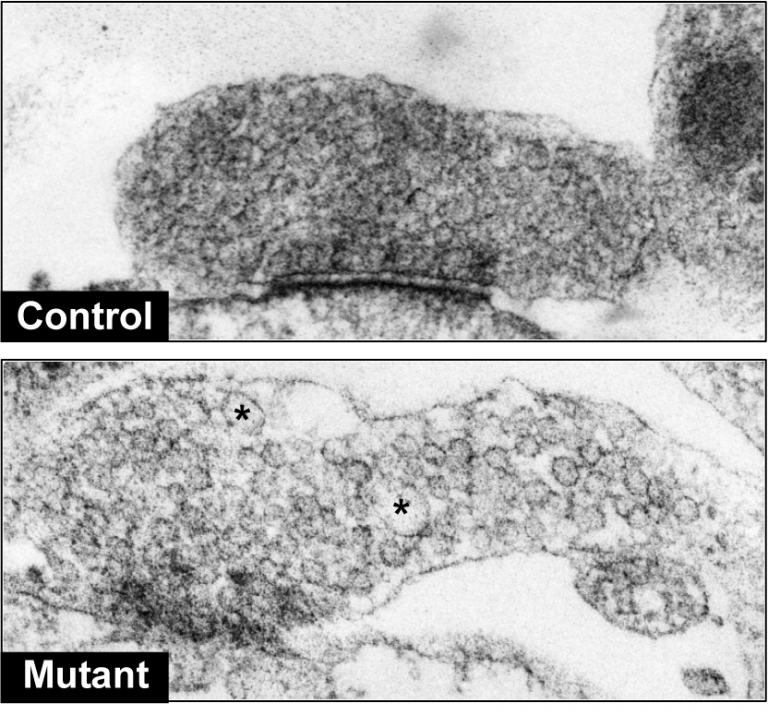 This pool of “extra” dopamine can be rapidly oxidized and become toxic to dopamine neurons, according to the study.

In addition, these studies of genetic forms of Parkinson’s disease help identify converging pathways in the pathogenesis of sporadic and familial PD, highlighting the importance of investigating such cellular mechanisms to identify specific targets for therapy.

“This study is another example of how the emergence of genetic causes of Parkinson’s has helped us understand how disease develops and where to focus to identify key pathways and targets for drug development,” Krainc said.

Maria Nguyen, a fifth-year student in the Northwestern University Interdepartmental Neuroscience Program, was the first author of the study.

Adapted (with modifications) from the Northwestern Medicine News Center, by Will Doss, published on May 23, 2018.