Congratulations to Tolou Shokuhfar, an associate professor with the Richard and Loan Hill Department of Bioengineering at UIC, for winning a Chancellor’s Translational Research Initiative Program award, which supports projects that have promising commercialization potential. Shokuhfar plans to use the award to develop a truly “out-of-the-box” methodology that could be used to fight and prevent bacterial infections. Opposed to using antibiotics, which frequently allow for the development of antimicrobial resistance, Shokuhfar’s method, if works, would NOT involve any drugs at all and would act much quicker, potentially avoiding resistance development. The idea is to synthesize nanomaterials that would be covered with physical ‘spikes’ capable of killing bacteria by puncturing it on contact. (Amazingly, a mechanism like that exists in nature!) If successful, the technique could have extremely broad applications.

Shokuhfar and a postdoc in her lab, Emre Firlar, received a CBC Postdoctoral Research Award (2016) for the project: “Observation of Biomineralization Dynamics in Magnetotactice Bacteria via in situ Transmission Electron Microscopy.” 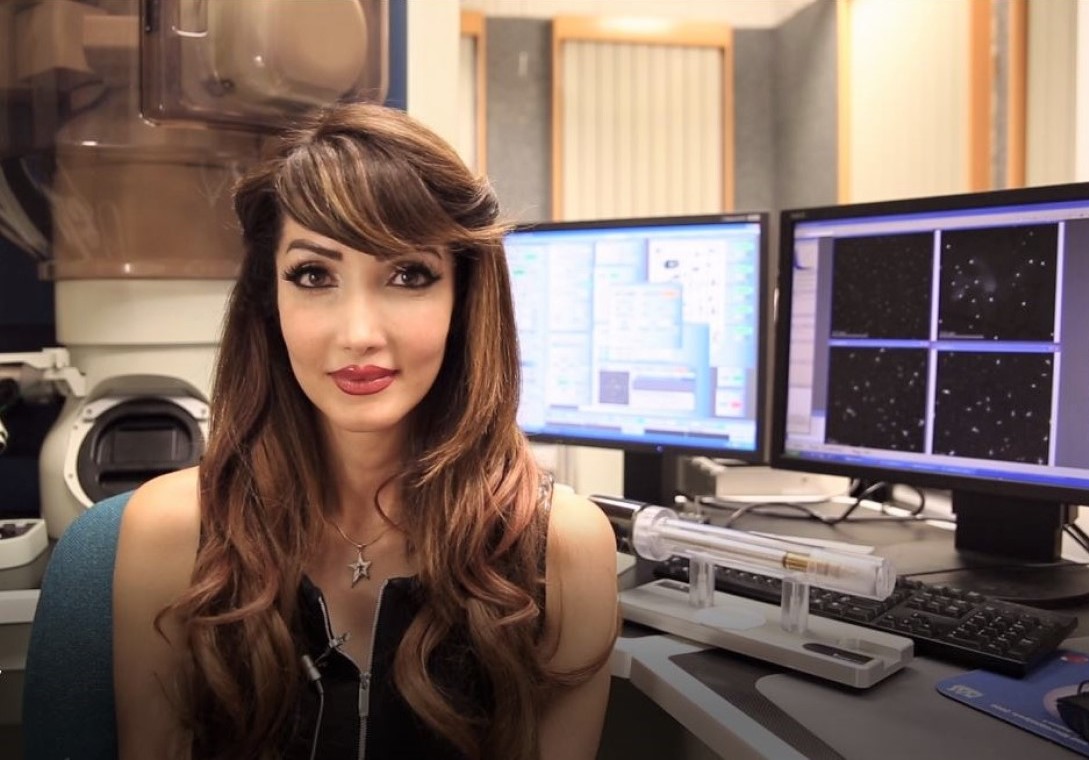 The discoveries of penicillin and other antibiotics rightly were heralded as transformative medical innovations, but their effectiveness has been slowly undercut by the growth of antibiotic-resistant bacteria. New treatments have struggled to keep up with these drug-resistant organisms, threatening lives and worsening health outcomes across the globe.

Tolou Shokuhfar, an associate professor with the Richard and Loan Hill Department of Bioengineering at UIC, is working on a novel way to end the vicious cycle in which humans develop new drugs and bacteria evolve to beat them. Her approach involves removing the drugs altogether.

Shokuhfar explained that the antimicrobial products and drugs currently on the market all use a biochemical method to kill bacteria, which ultimately causes the bacteria to transform.

“Eventually, they impact the protein production, DNA and RNA, which means that eventually, the bacteria will have enough time to mutate and to get around those methods,” she said.

This mutation problem prompted Shokuhfar to start thinking outside of the box, looking for non-biochemical ways to destroy bacteria. Last year she received a $220,000 grant from the National Science Foundation to investigate a mechanical route using engineered nanomaterials, which she christened “touch and kill.”

The idea for this mechanical method came from nature: some insects have wings that kill bacteria that come into contact with their surface. Shokuhfar found a theoretical model of this phenomenon developed by another team of researchers in 2013. Building on this work, she used her lab’s state-of-the-art transmission electron microscope to actually see how nanopillars on the surface of the wings were destroying the bacteria.

“The stress and strain between the pillars cause the membrane of the bacteria to rupture, and it basically pops like a balloon and the bacteria dies,” Shokuhfar said. “This is a fast-acting mechanism, so it does not allow the bacteria to get smart and mutate, as the biofilm will not have time to develop.”

After witnessing the mechanical “touch and kill” in action through her electron microscope, Shokuhfar saw a great opportunity to develop new antimicrobial solutions. She recently received an award from the Chancellor’s Translational Research Initiative Program, which was created to fund UIC projects that have promising commercialization prospects but are before the proof-of-concept stage. The grant will allow Shokuhfar and her team to create nanoengineered materials that have the same pillars to puncture bacteria.

“What makes me so excited about this design is I can apply it everywhere,” Shokuhfar said. “We could put it on a myriad of devices. It could be incorporated in a hospital setting, a clinic setting, or even the home.”

For the first part of the grant, Shokuhfar plans to experiment with incorporating the nanomaterial into material to prevent infections. If her work is successful, she would then seek a partnership with a company already producing an antibacterial product to see if the nanomaterial could be incorporated into its manufacturing process.

“The good thing about engineering nanomaterials, and specifically this nanomaterial that we made, is we have the ability to incorporate it into existing materials out there in the market,” Shokuhfar said. “You can imagine how amazing this could be and how broad of an application it could have.”

Source:
Adapted (with modifications) from UIC today, by David Brazy, published on May 15, 2019.

May 3, 2018
Success Story
▸ Give up something to gain something… and how it applies to a multi-chamber device that may help preserve biological structures against damage by electron microscopy. Spotlight on past CBC awardee, Tolou Shokuhfar, UIC.