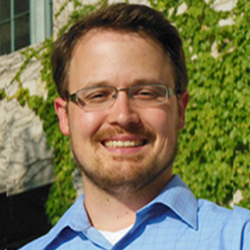 Congratulations to Alex Rosenthal and George Wells, NU, for their contribution to a recent article published in Water Research, titled “Biomass segregation between biofilm and flocs improves the control of nitrite-oxidizing bacteria in mainstream partial nitritation and anammox processes.” In the paper, the authors describe their empirical results, supported by a simple mathematical model, of the interaction between biofilm and flocs in the so-called partial nitritation and anammox (PN/A) processes of waste water purification system.

The paper is partially attributed to a CBC Postdoctoral Award that Alex Rosenthal, back then a postdoc in George Wells’ lab at NU, received in 2015 for the project: “The Influence of Extracellular Glycoconjugates on Biofilm Mechanical Properties.” Congratulations to all scientists involved in the published study.

The control of nitrite-oxidizing bacteria (NOB) challenges the implementation of partial nitritation and anammox (PN/A) processes under mainstream conditions. The aim of the present study was to understand how operating conditions impact microbial competition and the control of NOB in hybrid PN/A systems, where biofilm and flocs coexist. A hybrid PN/A moving-bed biofilm reactor (MBBR; also referred to as integrated fixed film activated sludge or IFAS) was operated at 15 °C on aerobically pre-treated municipal wastewater (23 mgNH4-N L-1). Ammonium-oxidizing bacteria (AOB) and NOB were enriched primarily in the flocs, and anammox bacteria (AMX) in the biofilm. After decreasing the dissolved oxygen concentration (DO) from 1.2 to 0.17 mgO2 L-1 – with all other operating conditions unchanged – washout of NOB from the flocs was observed. The activity of the minor NOB fraction remaining in the biofilm was suppressed at low DO. As a result, low effluent NO3– concentrations (0.5 mgN L-1) were consistently achieved at aerobic nitrogen removal rates (80 mgN L-1 d-1) comparable to those of conventional treatment plants. A simple dynamic mathematical model, assuming perfect biomass segregation with AOB and NOB in the flocs and AMX in the biofilm, was able to qualitatively reproduce the selective washout of NOB from the flocs in response to the decrease in DO-setpoint. Similarly, numerical simulations indicated that flocs removal is an effective operational strategy to achieve the selective washout of NOB. The direct competition for NO2– between NOB and AMX – the latter retained in the biofilm and acting as a “NO2-sink” – was identified by the model as key mechanism leading to a difference in the actual growth rates of AOB and NOB (i.e., μNOB < μAOB in flocs) and allowing for the selective NOB washout over a broad range of simulated sludge retention times (SRT = 6.8-24.5 d). Experimental results and model predictions demonstrate the increased operational flexibility, in terms of variables that can be easily controlled by operators, offered by hybrid systems as compared to solely biofilm systems for the control of NOB in mainstream PN/A applications.

Reported by George Wells, NU, during the CBC annual data collection (Dec. 2018) as partially funded by a CBC Postdoctoral Research Award (2015; see below).