The National Institute of Environmental Health Sciences grant will support UIC scientists, including CBC community member, Dr. Brian Layden, in their effort to decipher the mechanisms of arsenic-induced diabetes

Congratulations to the UIC scientists for securing a multi-institutional grant from the National Institute of Environmental Health Sciences to study the mechanisms of diabetes development due to exposure to environmental pollutants such as arsenic. Long-term exposure to arsenic, which occurs primarily from drinking water — contaminated by mining and agriculture — has been linked to many medical conditions besides diabetes, including skin changes, gastrointestinal and cardiovascular diseases, and cancer. Hence, understanding of arsenic action at the cellular and organ level may help develop strategies to better protect vulnerable populations. Among the Principal Investigators on the grant is Dr. Brian Layden, UIC, who has recently joined the CBC Accelerator Review Board. The CBC Accelerator Award program is a CBC Phase 2 initiative that aims to support biomedical research projects with translational potential. Congratulations, Brian!

Researchers investigate the role of arsenic in the development of diabetes 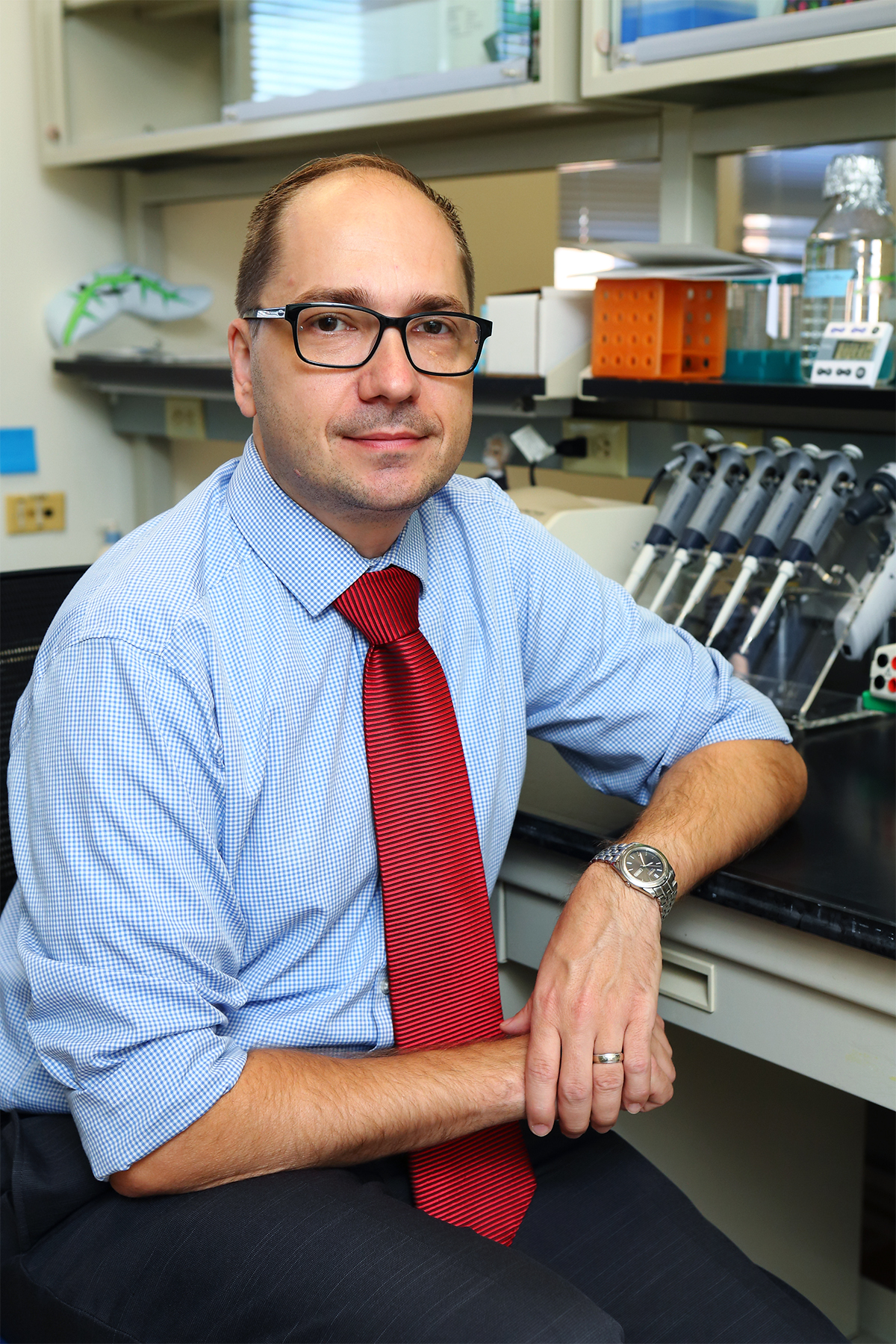 A five-year, $2.7 million grant from the National Institute of Environmental Health Sciences will help researchers at the University of Illinois at Chicago answer basic questions about the role of arsenic in the development of diabetes and examine the mechanisms by which selenoproteins – found in the human body in 25 different forms – counter the effects of arsenic.

Diabetes is a metabolic disease characterized by either a lack of adequate insulin or insulin resistance, which can cause dangerous spikes in blood sugar levels, as well as long-term complications such as blindness, kidney failure, amputations and cardiovascular disease. It is projected that diabetes will affect more than 693 million people globally by 2045.

Recent evidence has implicated environmental pollutants, including arsenic, in the development of diabetes, but little is known about how arsenic exerts this effect.

Arsenic currently contaminates drinking water sources used by more than 100 million people globally. More groundwater sources are expected to be affected by arsenic due to fracking, which produces arsenic-tainted wastewater that can seep into underground aquifers, explained Dr. Robert Sargis, assistant professor in the division of endocrinology, diabetes and metabolism in the UIC College of Medicine and principal investigator on the grant.

“We really need to know how arsenic affects the cells that produce insulin in the pancreas and identify factors that might counteract arsenic, such as selenoproteins, which we know have a protective effect, but what we don’t know is exactly how they do this,” he said. 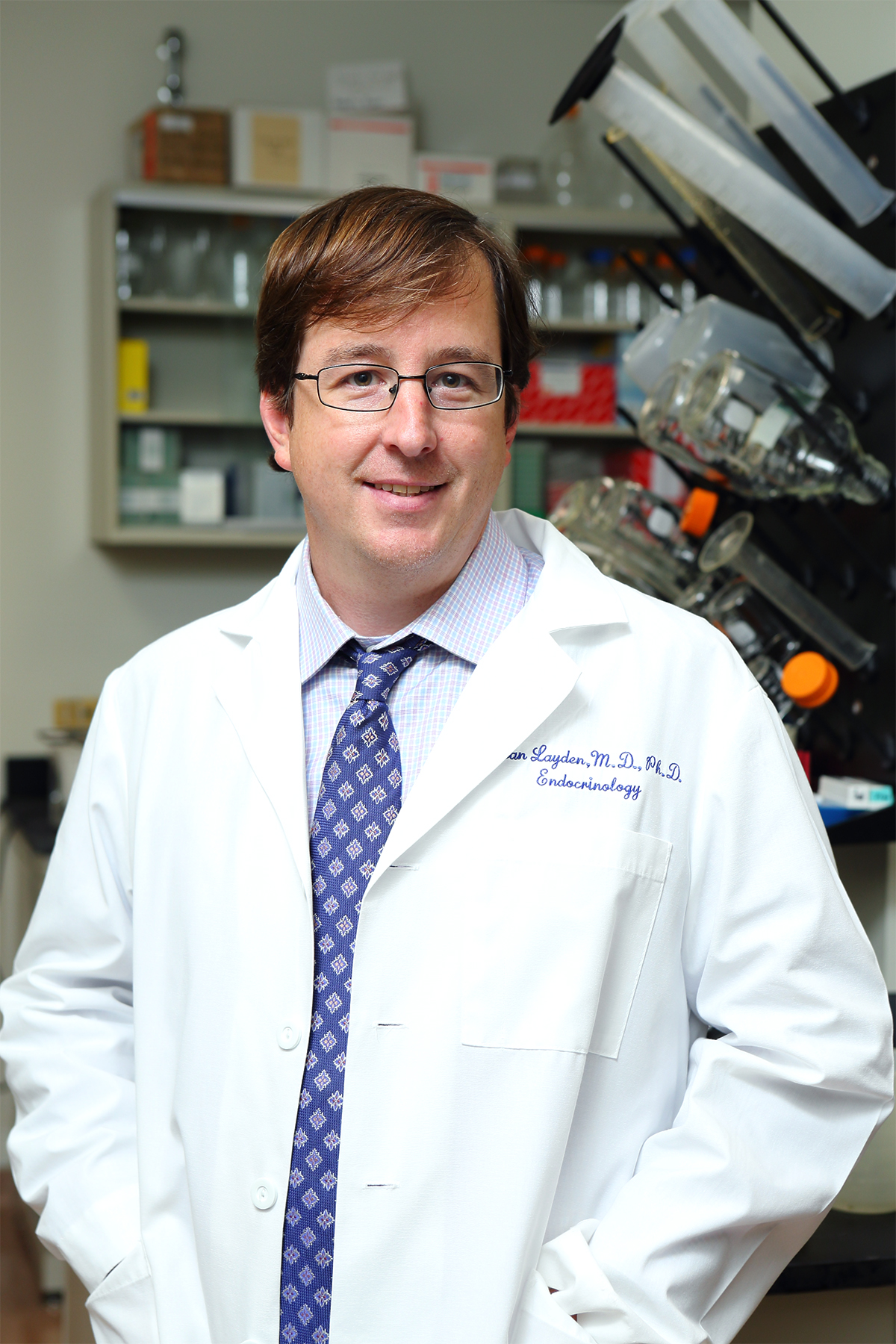 Sargis and colleagues will use the grant to examine how arsenic behaves in pancreatic beta cells – the cells that produce insulin. They will also look at how arsenic exposure affects mice that selectively lack selenoproteins in their beta cells. Using synchrotron X-ray fluorescence microscopy, they will map the locations of arsenic and selenium in beta cells.

“By looking at the locations of these two players in beta cells at very high resolution, we should be able to learn more about how arsenic poisons beta cells and how selenoproteins protect or mitigate the damage caused by arsenic in these cells,” Sargis said.

The researchers will also examine the function of a specific selenoprotein implicated in an increased risk for diabetes – glutathione peroxidase – to determine how it impacts arsenic-induced beta cell dysfunction.

Finally, they will examine whether selenoprotein polymorphisms – differences in the DNA that code for these proteins – might alter the impact of arsenic on beta cells and overall metabolism in mice.

Other investigators on the grant include Alan Diamond, Dr. Brian Layden and Barton Wicksteed of the University of Illinois at Chicago; Marcelo Bonini of the Medical College of Wisconsin; Dr. Alexandra Dumitrescu and Manami Hara of the University of Chicago, and Kenneth Kemner of Argonne National Laboratory.

Adapted (with modifications) from UIC today, by Sharon Parmet, posted on March 9, 2018.