On nanowires helping neurons do their job — featuring the Tian lab, UChicago

In the article “Could wires help re-wire brain’s neuronal circuits? A new technique to modulate neuronal conductivity developed in the Tian lab, UChicago,” published on the CBC website on March 5, 2018, CBC congratulated the Tian lab, UChicago, for their recent publication in Nature Nanotechnology. The work described how tiny nanowires positioned in close proximity can influence the electrical activity of cultured neurons, when stimulated with light. Senior author on the paper, Bozhi Tian, UChicago, is a past CBC Postdoctoral Research Award (2014) co-recipient. A co-author on the paper, John Zimmerman, was a graduate student at the Tian lab (now at Harvard) and a CBC Scholar, Class of 2014. Today, we present a second article on the same advance, as it offers some additional insights and perspective. Once again, congratulations to the entire team! 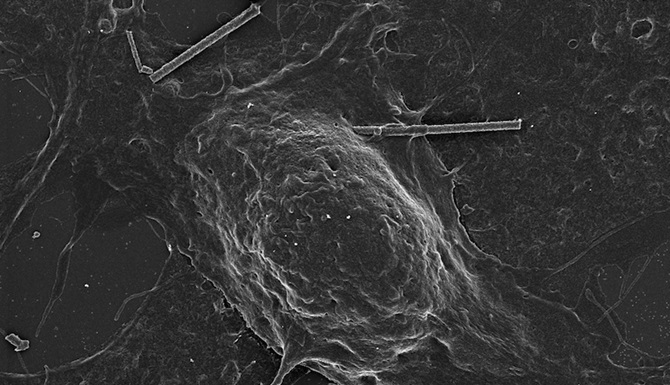 Scanning electron microscope image of silicon nanowires next to a neuron.

Nanotechnology realizes the promise of precision medicine by using specially engineered, microscopic particles to deliver medication to specific cells or to flag molecules for imaging and diagnosis. Now, researchers at the University of Chicago are working with silicon nanowires, microscopic snippets of the same material used for computer chips, to activate nerve cells with pulses of light.

One of the most exciting advances in neuroscience over the past few decades is optogenetics, a technique that allows scientists to control neural activity with light. It involves genetically engineering neurons to express a protein that responds to light, so that a flash of light can activate or deactivate the cell. This lets scientists control the activity of individual neurons without damaging the cells, but since the process involves genetic manipulation, its use is still pretty limited to experiments with a few model organisms.

In 2015, Francisco Bezanilla, PhD, Lillian Eichelberger Cannon Professor of Biochemistry and Molecular Biology at the University of Chicago, published a study using spherical nanoparticles made of gold that could activate normal, non-genetically modified neurons by generating heat absorbed from light. In a new study, Ramya Parameswaran, an MD/PhD student working in the lab of Bozhi Tian, PhD, assistant professor of chemistry, collaborated with Bezanilla to take a similar approach to activating unmodified neurons, but with silicon nanowires. These tiny pieces of wire, about 250 nanometers in diameter, are made of a core-shell silicon structure, which is based on a concept Tian developed during graduate school for use in solar cells. These nanowires are lined with a layer of atomic gold that traps electrons on the surface of the wire, generating an electrochemical current when exposed to light.

The current generated by a single nanowire can excite a target neuron, making the neuron produce electrical signals that it uses to communicate with other cells. The neuron and nanowire just need to be close enough to one another. One of the nice things about this technique is that the nanowires can be administered easily, either added to a solution with the cells, or—one can imagine—someday injected like a drug.

“Because this is a light-based technique, it is non-invasive,” Parameswaran said. “We don’t have to physically poke electrodes into a cell in order to excite it, so that’s definitely an advantage.” 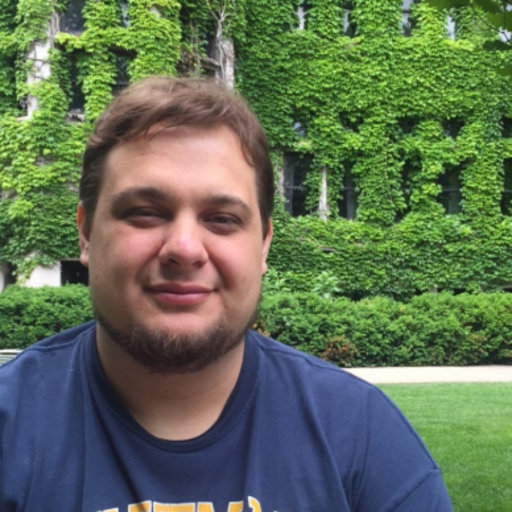 John Zimmerman, PhD
John, a co-author on the publication, was a graduate student at the Tian lab (now at Harvard) and a CBC Scholar, class of 2014

Silicon can absorb a large range of light wavelengths. In the experiments, the researchers used green laser light, but it can also work with infrared light that can penetrate tissue. This could make the nanowires useful for a variety of applications inside the body. For example, diabetic peripheral neuropathy causes painful damage to nerves in the feet and legs. One possible use of light-activated nanowires could be to inject them near the nerves and use them to correct misfiring cells.

Parameswaran is also researching other cell types that could be controlled with light-activated nanowires, such as heart cells and immune cells. The benefit of these new technologies, she says, is finding less-invasive ways to treat diseases that are caused by problems with electrical signaling in the body.

“Some of the methods for treating these disorders, like deep brain stimulation for Parkinson’s, are effective but they involve implanting bulky electrodes into a patient’s brain,” she said. “So, our goal as a lab is to think about how we can use nanomaterials to develop less invasive treatments for these diseases.”

Adapted (with modifications) from UChicago Medicine, The Forefront, by Matt Wood, posted on March 6, 2018.

Tian’s and Zimmerman’s ties to CBC: