Give up something to gain something… and how it applies to a multi-chamber device that may help preserve biological structures against damage by electron microscopy. Spotlight on past CBC awardee, Tolou Shokuhfar, UIC.

Preserving native structure of biological specimens for and during microscopic image acquisition is key to proper data interpretation. However, the microscopes, like the transmission electron microscope, that allow for the best (nanometers) spacial resolution, rely on high-intensity electron beams that are potentially harmful to the integrity of biological structures and pose a danger of creating artifacts. A clever device to minimize such undesirable damage, frequently due to the time-consuming process of properly locating and focusing on the sample, has been recently described in the journal Science Advances. The device is a multi-chamber specimen holder which locates several experimental samples in adjacent chambers. One of the chambers becomes “sacrificed” in order to optimize the field of view and focus, before moving on to the next chamber where the actual image acquisition takes place. Tolou Shokuhfar, UIC, is corresponding author on the publication. Shokuhfar, together with a postdoc in her lab, Emre Firlar, received a CBC Postdoctoral Research Award (2016) for the project: “Observation of Biomineralization Dynamics in Magnetotactice Bacteria via in situ Transmission Electron Microscopy.” Congratulations!

Getting a better look at living cells 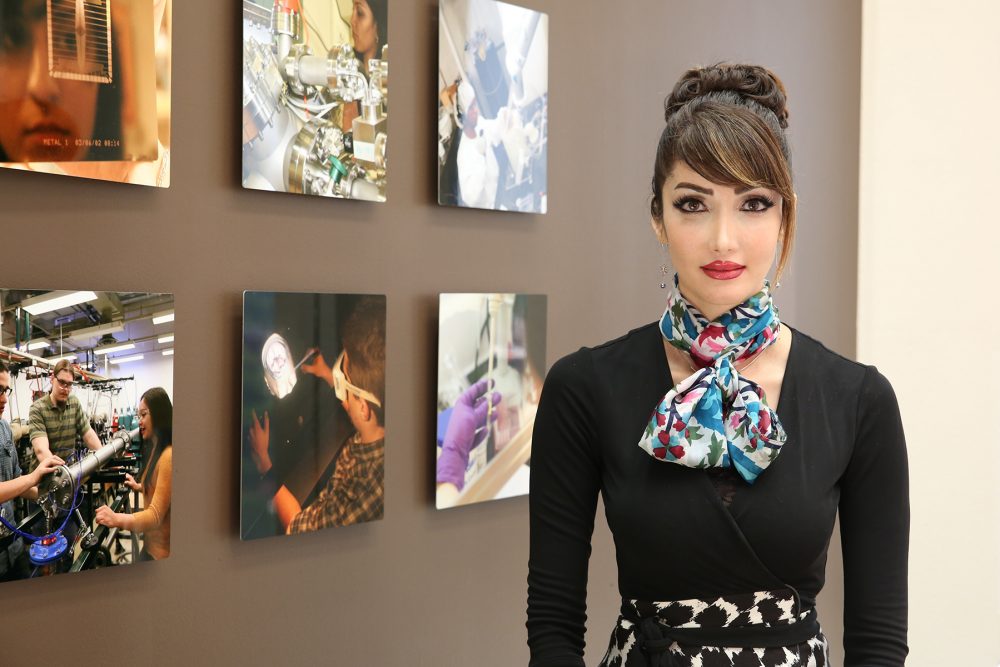 Tolou Shokuhfar, associate professor of bioengineering at the University of Illinois at Chicago College of Engineering.

Nanoscale-level imaging of living cells has become a reality in the past few years using transmission electron microscopy and sealed sample holders that keep cells alive in a liquid environment. But do the high-resolution images obtained using these tools truly reflect the structures and functions of cells, or do they show cells damaged by the high-intensity electron beam used in transmission electron microscopy?

“We really have had no way of knowing if what we see in images obtained through liquid cell transmission electron microscopy show the natural state of cells, or if the morphological changes we see are actually the result of radiation damage,” said Tolou Shokuhfar, associate professor of bioengineering at the University of Illinois at Chicago College of Engineering.

The new field of liquid cell transmission electron microscopy emerged in recent years enabling scientists to study biological, chemical and materials science samples in their near-native environments. This is achieved by placing the sample in liquid inside a tiny sealed chamber that protects it from the high vacuum environment to allow dynamic imaging.

However, currently-available devices that hold samples only allow for a single chamber to be placed under the microscope at a time. “Because you place just one sample at a time under the microscope, you need to perform your pre-imaging focus and setting adjustment on that one sample,” said Trevor Moser, a graduate student at Pacific Northwest National Laboratory in Richland, Washington and a co-author on the paper. “By the time you are ready to take pictures, the sample has already been exposed to significant amounts of radiation, so you just never know if the pictures you get show the unaltered cell, or if what you see on the pictures is because of damage from the electron beam,” continued Moser, who has previously worked in Shokuhfar’s lab. 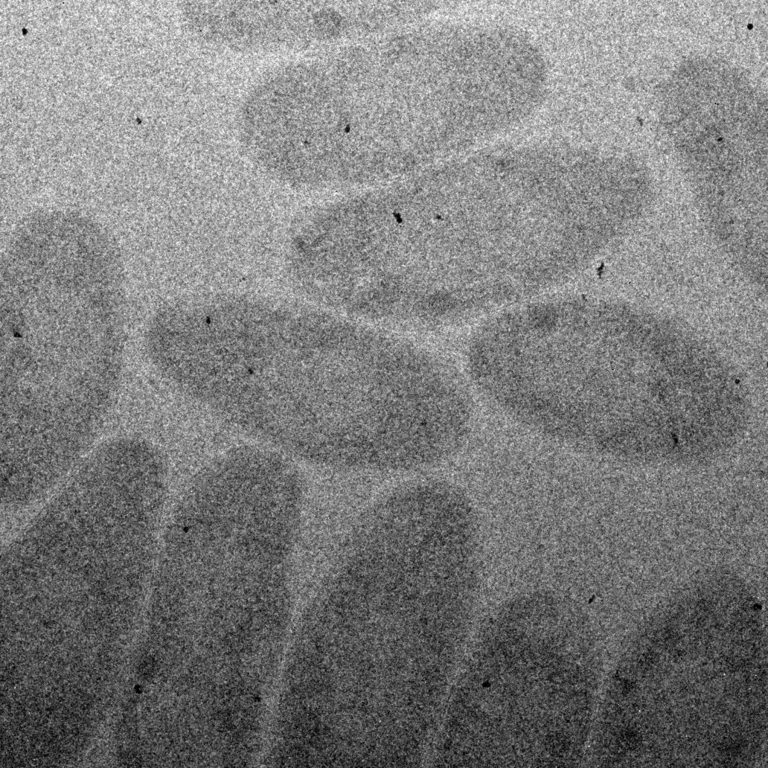 The research team solved this problem by developing a device with 25 transparent windows rather than the single window sample holders currently provide. With more windows, the researchers expose samples to less radiation by getting closer to the settings and focus they need using one of the windows and then switching to another window where cells haven’t yet been exposed to the radiation from the microscope’s electron beam. Researchers still need to focus on samples in the ‘fresh’ window, but they don’t have as many adjustments to make, significantly limiting total exposure to the electron beam before images are taken.

Next, the researchers proved that their device could prevent alteration of samples caused by overexposure to electron radiation. They imaged a bacterium called Cupriavidus metallidurans, a small single-celled organism that produces solid gold nanoparticles from aqueous gold tetrachloride, a potent heavy metal toxin to most organisms.

First, they imaged the bacteria by exposing it to increasing levels of radiation over the course of focusing and adjusting their settings before taking pictures. Then, they imaged a second batch of bacteria using their novel 25-window device. The images they produced showed significant differences.

“The images of cells exposed to higher levels of radiation were clearly different from cells imaged with no previous radiation exposure,” said James Evans, a senior scientist at Pacific Northwest National Laboratory and a co-author on the paper. “This proves that damage caused by being in the electron beam too long can cause artifacts that can yield false information. We saw much more pristine, undamaged cells using our multi-chamber device.”

Shokuhfar, a corresponding author on the paper, said the new device will also enable higher-fidelity imaging of nanoparticles using transmission electron microscopy. “Nanoparticles are also susceptible to damage from radiation, so this device will let us observe more accurately, how nanoparticles grow and change under different conditions, which has application in areas of new materials, nanoparticle interactions and medicine,” she said.

Hardeep Mehta and Ryan Kelly, from the Environmental Molecular Sciences Laboratory; and Chiwoo Park of Florida State University, are also co-authors on the paper.

Adapted (with modifications) from UIC today, by Sharon Parmet, published on April 24, 2018.