In a recent paper from the Hay lab, UIC, published in the journal eLife, the authors propose to take an advantage of a prostate cancer cell-specific hyper-metabolism as a novel therapeutic strategy to selectively target and eliminate this cancer. Specifically, the PTEN-Akt pathway, up-regulated in a PTEN-deficient prostate cancer, is shown to be sensitive to such manipulations. In a mouse model, up-regulation of the pathway downstream byproducts results in effective reduction of both the tumor growth and reoccurrence. Nissim Hay, UIC, is senior author on the paper. He has several ties to CBC: he received two CBC awards — a Catalyst (2007) and a Spark (2011). More recently, Hay also presented his research at the CBC Tech Day (2014). The current publication was partially supported by Hay’s Catalyst Award. Congratulations!

Do prostate cancer cells have an Achilles’ heel? 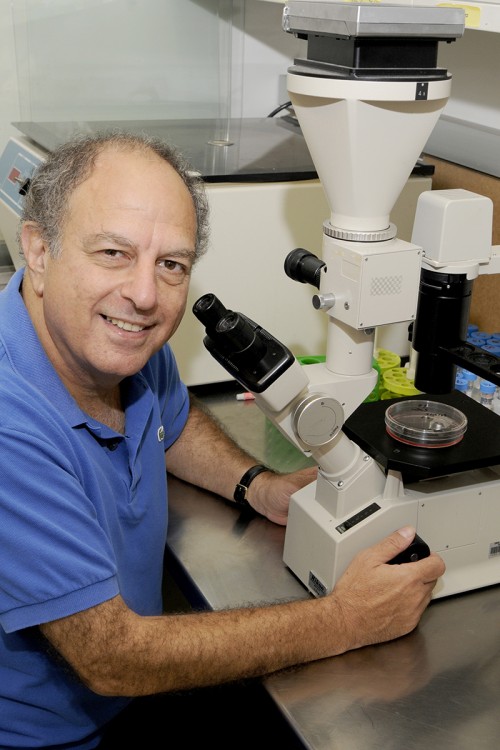 Researchers at the University of Illinois at Chicago describe new ways to selectively kill prostate cancer cells by exploiting the cells’ revved-up metabolism. They report their findings in the online journal, eLife.

In prostate cancer, the loss of a tumor suppressor gene called PTEN is very common. Without a functional copy of this gene, cancer is much more likely to develop. One of the downstream effects of the loss of PTEN is increased activation of an enzyme called protein kinase B, also known as Akt. Akt has multiple roles in the cell, including driving metabolism and cell proliferation — both of which are amped up in cancer cells, contributing to their out-of-control growth and spread. Hyperactivation of Akt can also make cancer cells resistant to chemotherapy, but efforts to develop drugs to suppress Akt in cancer cells have fallen short due to toxicity.

The activation of Akt also produces elevated levels of reactive oxygen species, or ROS. These are byproducts of metabolism that can cause damage to cellular structures, including DNA.

Nissim Hay, professor of biochemistry and molecular genetics in the UIC College of Medicine, believes that these elevated ROS levels can be exploited to kill cancer cells.

“ROS levels are high in cancer cells, which normally helps them grow and proliferate,” said Hay, who is a corresponding author on the paper together with UIC research assistant professor of biochemistry and molecular genetics Veronique Nogueira. “But, we have shown that by pushing ROS levels up above a certain threshold, they become toxic, and we can selectively kill off the cancer cells while leaving normal cells unharmed.”

“The increased metabolism of cancer cells presents a sort of Achilles’ heel that we have several ways to exploit in order to very selectively kill these cells while normal cells are left alone,” Hay said. More research is needed to determine how best to develop these findings into treatments, Hay explained.

Krushna Patra is a co-author on the paper.

Adapted (with modifications) from UIC today, by Sharon Parmet, published on April 24, 2018.