Congratulations to Chad Mirkin and Shad Thaxton (NU) who are featured in Crain’s Business Chicago! Mirkin and Thaxton are co-founders of a Northwestern University biotech spinout company, Exicure, that has just received a huge boost of over $11 million from a Chinese pharmaceutical company, bringing their total fundraising to $31.5 million in the past two months. Both researchers have received CBC support in the past: Chad is a co-recipient of a CBC Lever Award (2010) and Shad and his postdoc, Linda Foit, received a CBC Postdoctoral Research Award (2014). Mirkin and Thaxton are great examples of the translational potential in the Chicago community. With the CBC Phase 2 mission focused on such translation, it is rewarding to see the progress of companies like Exicure.

Northwestern spinout gets another $11 million 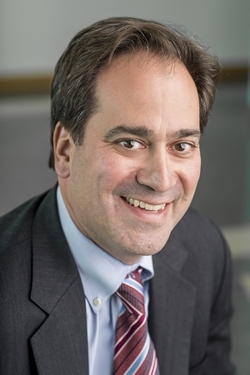 A Northwestern University biotech spinout got another boost, raising $11.2 million, led by a Chinese pharmaceutical company.

Exicure, which is developing gene-regulating therapies for inflammation, cancer and other diseases, has raised $31.5 million in the past two months. The company raised $20 million from private investors in September. The most recent investment was led by Luye Pharma Group, a Chinese drugmaker.

The company employs about 25 people. CEO David Giljohann says Exicure will use the funding to continue clinical development of its treatments.

Adapted (with modifications) from Crain’s Chicago Business, posted by John Pletz on November 8, 2017.