Tempus Labs Inc., a healthcare company in Chicago that aims to improve personalized medical treatment for cancer, has been in the spotlight this year as one of the most successful startups in the Midwest. Tempus’ President, Kevin White, was recruited by the University of Chicago in 2006 and retains an appointment there as Professor at the Department of Human Genetics and Medicine. A CBC Recruitment Resources Award was instrumental in attracting Kevin to Chicago and he later became the first CBC Senior Investigator. Subsequently, Kevin and his team members won the first CBC Lever Award (2008) which he used to help establish the Chicago Center for Systems Biology. CBC is proud to have supported Kevin’s research over the years and pleased to see his entrepreneurship setting the example for the region’s biotech. 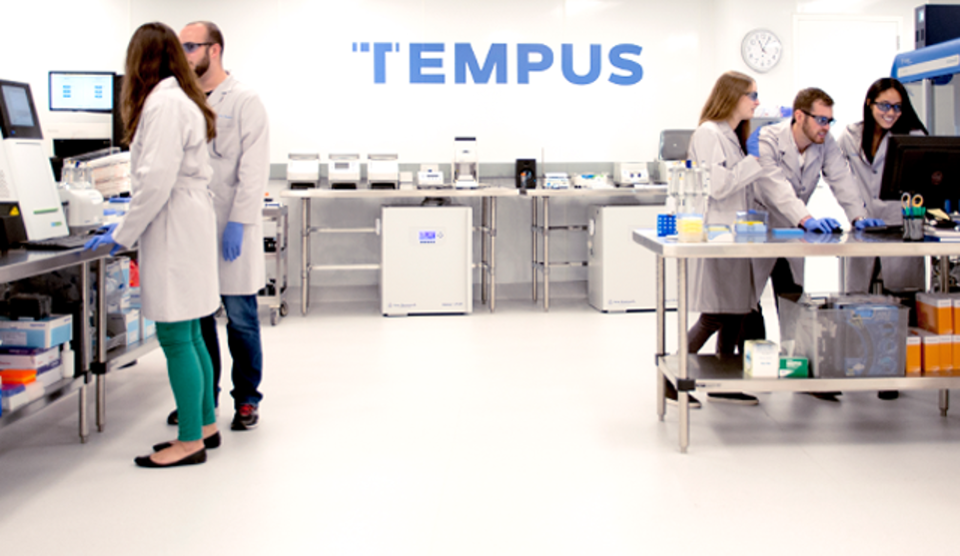 In 2017, four out of five of the Midwest’s largest deals were Healthcare Tech companies, including Chicago-based Tempus.

In the first three quarters of 2017, four of the Midwest’s five largest deals involved healthcare tech companies. Together, these four deals brought in $870M in investment and amounted to a collective valuation of $7.1B.

Cincinnati-based PatientPoint, Minneapolis-based Bright Health and Chicago-based Outcome Health and Tempus not only represented a disproportionate influx of dollars into the region, but also managed to bring in diverse sources of capital. Both Midwestern VC firms like Arch Venture Partners, Baird Venture Capital, and Sandbox Industries and Coastal firms like NEA, Greycroft, Bessemer Venture Partners, and Revolution Ventures contributed to their fundraises. Regionally and nationally, healthcare tech investing is markedly outpacing investing in other hot industries.

Why are VCs across the country banking on healthcare tech?

The answer is multi-faceted. The healthcare market faces broad-sweeping challenges that affect virtually all its stakeholders from patients and customers to providers, administrators, and institutions. Every challenge presents an opportunity for an innovative solution, which draws unique thinkers and leaders from other industry areas. For example, healthcare tech is increasingly powered by artificial intelligence and data science, leading to the advent of companies like Tempus. Finally, healthcare technology truly touches every life. There is real opportunity to uniquely change the world by building new technologies and creating new solutions that materially impact health, longevity, quality of life, and more.

With so much opportunity to produce better diagnoses, better treatments, and better management – and such huge returns to be reaped from positive advancements – founders and investors alike view the overarching healthcare space as a fruitful market for disruption and impact.

In the Midwest, healthcare companies are proliferating and succeeding across the device, drug, and technology categories. According to Hyde Park Angels’ own research drawn from Pitchbook, Mattermark, and internal data sources, 89% of Minnesota’s exits in 2017 were in the healthcare space, as well as 55% of its rounds. Minnesota also saw strong deal flow in the life sciences and healthcare tech. Similarly, 58% of Ohio’s deals were in healthcare, with Columbus growing its healthcare tech vertical by investing in eight Series A and Series B rounds this year so far.

The overwhelming investment activity in healthcare, and specifically healthcare tech, points to an overall trend in the Midwest. Illinois, Minnesota, and Ohio are becoming hubs for healthcare tech innovation and attracting capital from various sources, fostering a positive cycle of investment and returns that fuel further growth. And in this case, this growth means positive change for people everywhere.

Adapted (with modifications) from Forbes, posted by Peter Wilkins on November 7, 2017.