Obesity-associated cancers are on a rise, warns Dr. Ernst Lengyel, UChicago, a CBC awardee and an expert in the diagnosis and treatment of gynecologic malignancies

At the recent opening of the UChicago Medicine Family Birth Center, Dr. Ernst Lengyel discussed the less known but dramatic effects of obesity on cancer risk and progression, especially observed in women. He also emphasized the shocking lack of awareness among the population of this association between excess body fat and cancer. As the Arthur L. and Lee G. Herbst Professor of Obstetrics/Gynecology and Chairman of the Department of Obstetrics/Gynecology at UChicago Medicine, Dr. Lengyel has many links to the CBC. In 2013 he was a co-organizer and a speaker at the CBC Ovarian Cancer Workshop. He is also a recipient of a CBC HTS Award (2013) and a CBC Postdoctoral Award (2014), the renewed for 2015.

Obesity and cancer: It keeps getting worse 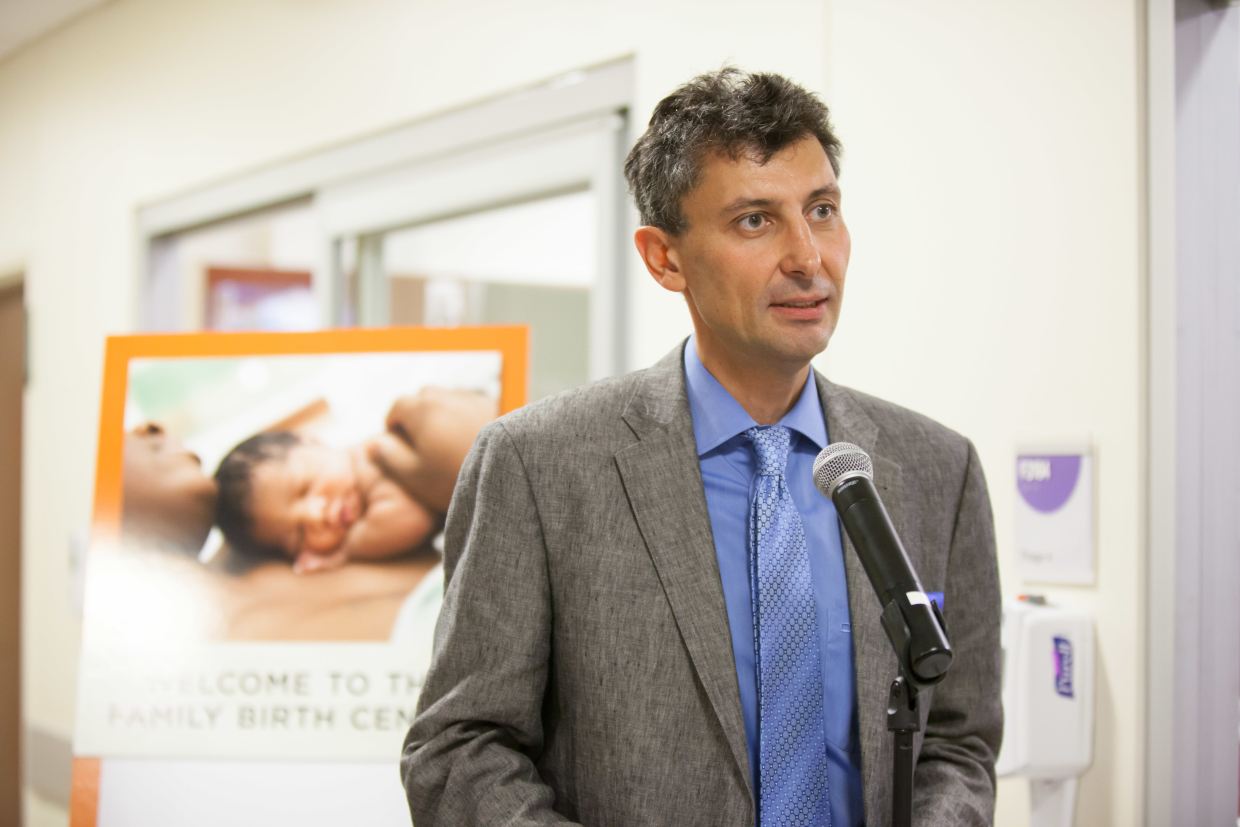 In the United States, one third of all adults are overweight (BMI 25-29.9 kg/m2) and one third are obese (≥BMI 30kg/m2). While most physicians are aware of the association of obesity with diabetes and cardiovascular disease, the dramatic effects of obesity on cancer risk and progression are less well known. The mechanisms through which obesity promotes cancer are not completely understood, but we do know that metabolic changes in proliferative and hypertrophic adipose tissue cause a state of chronic inflammation which involves the release of growth factors, adipokines, and hormones that act as tumor promoters. Together with the inherited, genetic changes occurring in every cancer, the inflamed adipose tissue accelerates the development of cancer and its growth.

The US Centers for Disease Control (CDC) and Prevention has now published a very concerning report in the journal MMWR that shows that cancers associated with obesity are dramatically rising. This landmark study by Steele and colleagues compared data from 2005 through 2014 and reports that cancers associated with overweight and obesity now constitute 40% of all cancers diagnosed in the United States. In absolute numbers, 631,000 of 1.6 million cancers were associated with obesity in 2014. Geographically, the increases in these cancers is highest in the southeastern states, which also have the highest rates of obesity.

Surprisingly, 55% of all cancers diagnosed in women are associated with overweight/obesity while “only” 24% of all cancers in men show this association, indicating that the burden of obesity-associated cancers is primarily carried by women. This difference between the sexes is predominantly caused by the very significant association of endometrial and postmenopausal breast cancer with obesity. In these two cancers, aromatase in the adipose tissue converts androstenedione into estrogen, which promotes tumor cell proliferation.

While patients with obesity have a 2.5 higher risk of developing endometrial cancer than patients of “normal” weight, patients with extreme obesity have a seven-fold higher risk, showing a clear association between cancer and the degree of obesity. When women lose weight, their risk of breast and endometrial cancer goes down. Moreover, obesity affects cancer prognosis as well as incidence of affected cancers. In breast cancer, an increase in BMI is associated with impaired survival. It is also a concern that surgery in patients with obesity is difficult, often prone to complications, and requires significant surgical experience.

Another extremely concerning fact is that over half of the U.S. population is not aware that excess body fat is associated with cancer. Patients must be educated on all the risks produced by obesity and encouraged to engage in rational weight reduction strategies. Behavioral change is essential for losing weight; limiting the number of meals/day, avoiding unscheduled eating, and reducing portion size. These changes should be paired with a diet that is rich in fruits and vegetables and low in sugar-sweetened beverages, processed meat, refined cereals, and sugar-rich deserts. A hypocaloric, low carbohydrate “ketogenic” diet combined with sufficient physical activity is the best way to lose weight.

Metformin and other antidiabetic drugs may also help to reduce the contribution of obesity and diabetes on cancer incidence and progression, but these medications require careful monitoring and are not without side effects.

Reducing excess calorie intake is, of course, challenging, because the development of obesity is multifactorial, involving socio-economic factors, psycho-dynamic elements (depression, anxiety), family dynamics, and the interests of the food industry, which are evident in advertising and the easy availability of foods that trigger overeating. Health care professionals, the media and politicians must come together if we are to reverse the obesity epidemic and improve the overall health of our society and the positive trend of declining cancer incidence in non-obesity related cancer.

Adapted (with modifications) from The University of Chicago ScienceLife, posted by Science Life Administrator on November 20, 2017.