Congratulations to Bob Grossman, UChicago, who recently received a co-appointment as Professor of Computer Science at the UChicago Department of Computer Science. Bob joins three new faculty hires with three additional faculty also committed to join the department in 2018. Grossman is the Frederick H. Rawson Professor of Medicine and Jim and Karen Frank Director of the Center for Data Intensive Science at UChicago. He also leads the National Cancer Institute’s Genomic Data Commons. Bob’s ties to CBC are long-standing—he is a co-recipient of a CBC Lever Award (2008), for the project: “Chicago Center for Systems Biology.” 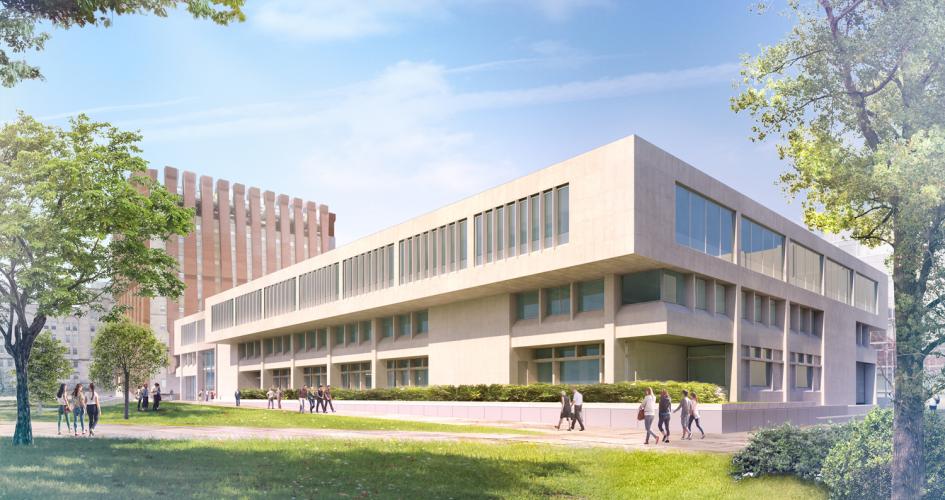 The John Crerar Library building will provide a vibrant new home for the Department of Computer Science and the Computation Institute. Illustration by Jennifer Fifield.

With expertise on security breaches and fake accounts on social media, user-centered elements of password security and internet tracking, and the development of new mobile networking technologies, Blase Ur, Ben Zhao and Heather Zheng expand the CS department in important new directions. Along with the new co-appointment of current UChicago Medicine faculty and ACM Fellow Robert Grossman as professor of computer science, the hires also open up fertile opportunities for collaboration across UChicago’s many departments and professional schools.

“As computation and data science become increasingly central to research and teaching at the University of Chicago, we’re thrilled to bring in new faculty with expertise in these areas and an enthusiasm to form partnerships across and beyond campus,” said Michael Franklin, the Liew Family Chair of Computer Science at UChicago. “Ben, Heather, Blase and Bob reinforce the existing strengths of the Computer Science Department while opening up fresh territory for teaching and research in cybersecurity, networks, genomics and more.”

Two of the new faculty members received newly established named positions as part of the $10.5 million gift to the University in 2016 from Joseph Neubauer, MBA’65, chairman of the University’s Board of Trustees, and his wife, Jeanette Lerman-Neubauer.

Zhao and Zheng, both Neubauer Professors of Computer Science, come from the University of California at Santa Barbara, where they cofounded the Systems, Algorithms, Networks and Data Laboratory (SAND Lab). The research group, which has moved with them to UChicago, achieved high-profile research results in several important subject areas.

In 2016, they received widespread media attention for finding an alarming vulnerability in the popular crowd-sourced navigation app Waze, a software flaw that allowed the creation of fake “ghost riders” that could be used to unsuspectingly track a user’s location and movements. The research led to a collaboration with Waze and its owner Google to repair the security flaw, one of many industry partnerships that the group has formed.

“We try to work on problems that have direct applicability to a large slice of the population, understanding the security and privacy implications of real live systems,” Zhao said. “We work quite a bit with existing companies, and it’s largely been mutually beneficial. In many cases, we find problems and work together with the company to fix them, and the company in turn helps us by assisting our research, so we can answer questions that would be otherwise impossible.”

A major factor in their decision to move to UChicago, they said, was the opportunity to further expand that focus and collaborate with faculty experts in business, law and medicine.

“Both Ben and I realized that data science is one of the key future research directions that integrates many different discipline areas and enables collaboration,” Zheng said. “UChicago has a lot of attraction in that regard, possessing outstanding institutes across domains. UChicago is also devoting new resources to computing research and the computer science department is growing, and we wanted to be part of that.”

The human element of cybersecurity

Similar sentiments brought Blase Ur, Neubauer Family Assistant Professor in Computer Science, to UChicago after graduating from Carnegie Mellon University, where he completed his PhD at the intersection of human-computer interaction and computer security. At Carnegie Mellon, Ur became interested in why password systems often fail when used by the general public, and the strategies malicious attackers exploit to crack security measures.

His research led to the development of a new password analysis tool that doesn’t merely tell the user whether their chosen password is “strong” or “weak,” but provides concrete tips to improve security. The work, which won best paper at the recent CHI 2017 conference, blended data science and machine learning with user-survey methods and field research into the strategies used by real hackers to crack passwords.

“We basically immersed ourselves in the world of adversarial hacking,” Ur said. “Hackers are, in some ways, the best data scientists. We asked what can we learn from people outside of our immediate community, and how that changes the way we’re thinking about this problem.”

Since joining the University in January, Ur has formed the SUPERgroup—the Security, Usability, & Privacy Education & Research group. Already working with more than a dozen UChicago undergraduates and multiple graduate students, he has expanded his research focus, launching the Tracking Transparency project to examine online data tracking and its implications for privacy and behavior. Currently, his team is building a browser extension that tells users what information websites collect about their browsing and what inferences can be drawn from that data for targeted advertising and other types of online personalization.

“This kind of user-centered approach to security and privacy is what’s really interesting to me,” Ur said. “I think that’s where most of the impact is going to happen in the coming years.”

Expanding the data commons across campus 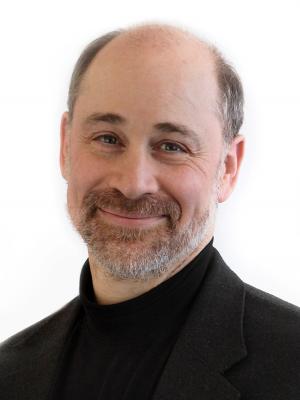 A fourth addition to the computer science department is already an established presence on campus: Robert L. Grossman, the Frederick H. Rawson Professor of Medicine who joined the Biological Sciences Division at the University of Chicago in 2010. Among many other projects, Grossman leads the National Cancer Institute’s Genomic Data Commons, an integrated data repository for the cancer research community containing genomic and clinical data from many of the large-scale cancer genomics research projects.

With a new co-appointment as professor of computer science, Grossman hopes to expand data science partnerships between the biological sciences and clinical departments and other disciplines on campus.

“The expanding use of data, informatics and machine learning in practically every scientific area not only opens fresh opportunities for discovery, but new possibilities for collaboration as well,” said Grossman, who is also the Jim and Karen Frank Director of the Center for Data Intensive Science at the University of Chicago. “I look forward to working more closely with my colleagues in computer science on the technologies, analytic tools and computational approaches that empower these promising activities.”

The computer science department will continue to grow in 2018, with the arrival of three additional faculty who have already committed to joining UChicago. David Cash, an expert in cryptography and cybersecurity, will join the department as an associate professor in January. Junchen Jiang, who works in large-scale networking, and complexity theorist Aaron Potechin will arrive on campus in July, after completing postdoctoral appointments at Microsoft Research and the KTH Royal Institute of Technology in Stockholm, respectively.

“We are building a world-class department that leverages the great tradition of computing at the University of Chicago and the unique culture of cross-disciplinary, highly engaged scholarship of the university as a whole.” Franklin said. “These hires are the first step in transforming the department into the nexus of computationally-driven research and education at UChicago.”

Adapted (with modifications) from UChicago News, posted by Rob Mitchum on November 21, 2017.