Targeting RAS mutations found in nearly 30 percent of all cancers

In 2012, the team of John O’Bryan (UIC) and Shohei Koide (NYU; at UChicago at the time of the award) received a CBC Catalyst Award for the project: “Development of novel affinity reagents to monitor different activation states of Ras GTPases in cells.” The findings from their research can be found in a recent report published in Nature Chemical Biology, “Inhibition of RAS function through targeting an allosteric regulatory site.” The article describes a highly specific inhibition of the oncogenic protein RAS by using a synthetic binding protein created by monobody technology, a type of protein-engineering technology. This allowed the identification of regions of RAS that are critical for its function. These findings provide insight into how RAS proteins function in cells and also forge new pathways that could revolutionize therapeutic approaches to treating cancer. 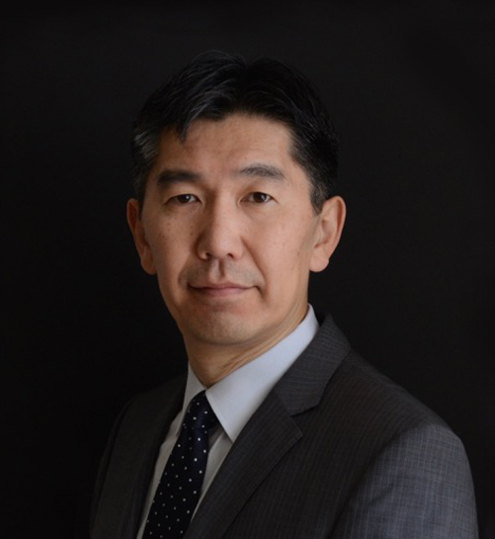 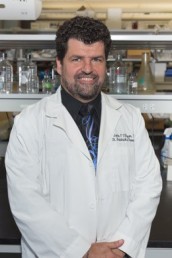 John O’Bryan, Associate Professor of Pharmacology in the UIC College of Medicine.

Researchers at the University of Illinois at Chicago have identified a new way to block the action of genetic mutations found in nearly 30 percent of all cancers.

Mutations in genes for the RAS family of proteins are present in nearly 90 percent of pancreatic cancers and are also highly prevalent in colon cancer, lung cancer and melanoma, the most dangerous kind of skin cancer.

The group of proteins include three members, K-RAS, H-RAS and N-RAS.

The prevalence of RAS mutations in human cancers and the dependence of tumors on RAS for survival has made a RAS a prime target for cancer research and drug discovery. Scientists and drug developers have long studied RAS oncogenes hoping to find a new treatment for cancer, but they have not yet been able to identify drugs that safely inhibit the oncogene’s activity.

John O’Bryan, associate professor of pharmacology in the UIC College of Medicine, led a team of researchers that took a different approach to studying RAS, and discovered that a synthetic binding protein they call “NS1 monobody,” which they created in the lab, can block the activity of the RAS proteins.

“We did not look for a drug or specifically for an inhibitor,” said O’Bryan, who is also a member of the University of Illinois Cancer Center and holds an appointment at the Jesse Brown VA Medical Center in Chicago. “We used monobody technology, a type of protein-engineering technology, to identify regions of RAS that are critical for its function.”

Unlike conventional antibodies, monobodies are not dependent on their environment and can be readily used as genetically encoded inhibitors, O’Bryan said.

“The beauty of the technology is that when a monobody binds a protein, it usually works as an inhibitor of that protein,” he said.

Monobodies were developed by Shohei Koide, a co-author on the study who is professor of biochemistry and molecular pharmacology at New York University. They have been used to target a diverse array of proteins that include enzymes and receptors.

The researchers found that the NS1 monobody binds to an area of the RAS protein molecule that was not previously known to be important for its oncogenic activity. NS1 strongly inhibits oncogenic K-RAS and H-RAS function by blocking the ability of the protein to interact with an identical one to form a molecular pair. NS1 does not affect N-RAS.

O’Bryan says the findings, published in the journal Nature Chemical Biology, provide important insight into long-standing questions about how RAS proteins function in cells. These insights may help guide the development of new therapeutic approaches to treating cancer by interfering with mutant RAS function in cancer cells.

“Development of effective RAS inhibitors represents a ‘holy grail’ in cancer biology,” O’Bryan said. “We now have a powerful tool we can use to further probe RAS function. While future studies and trials are needed before these findings can be leveraged outside the lab, this study provides new insight into how we can potentially inhibit RAS to slow tumor growth.”

This study was supported in part by a Catalyst award from the Chicago Biomedical Consortium with support from the Searle Funds at the Chicago Community Trust to O’Bryan and Koide, with additional funding from the Department of Veterans Affairs and the National Institutes of Health.