Congratulations to Jun Huang, UChicago, who recently won a prestigious NIH Director’s New Innovator Award. Two other UChicago researchers were also recognized with the NIH Director’s New Innovator Award: Drs. Nicolas Chevrier and Mark Sheffield. Huang and his group plan to use the funds to study the immune system and its role in treating cancer. Huang is also a twice CBC awardee: in 2017, he received a CBC Catalyst Award and in 2016, together with a postdoc in his lab, he received a CBC Postdoctoral Research Award. CBC is proud to have supported Huang in the past in his research.

Awards to allow for study of immune system, formation of memories

Three University of Chicago scientists each have been awarded $1.5 million grants over five years from the National Institutes of Health in support of their innovative, high-impact biomedical research.

Asst. Profs. Nicolas Chevrier and Jun Huang of UChicago’s Institute for Molecular Engineering and Asst. Prof. Mark Sheffield of the Department of Neurobiology have received NIH Director’s New Innovator Awards. Given to exceptionally creative scientists at early stages of their careers, these awards support unconventional approaches to major challenges in biomedical and behavioral research. 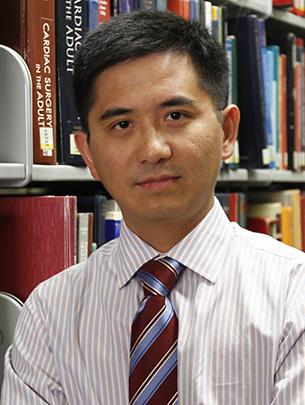 Huang and his group will use funds from the grant to develop novel tools and techniques to further study the complex NK cells.

“NK cells play a key role in fighting a broad range of diseases, and they are one of the prime candidates for cancer immunotherapy,” Huang said. “Our lab has unique technological advantages in revealing the molecular mechanisms of NK cell recognition, providing the basis for future treatments and therapies of infectious diseases and cancer.”

Adapted (with modifications) from the UChicago News by Devon McPhee, published on October 9, 2018.