Two UIC scientists with links to CBC, Joanna Burdette and Laura Sanchez, collaborate to decipher the origin and the mechanism of spread of ovarian cancer

Congratulations to Joanna Burdette and Laura Sanchez, UIC for a recent publication in the open source journal ACS Central Science, ‘Imaging Mass Spectrometry Reveals Crosstalk between the Fallopian Tube and the Ovary that Drives Primary Metastasis of Ovarian Cancer.’ Using novel imaging mass spectrometry the team shows how ovarian cells, in response to the fallopian-tube derived cancer cells, release signals that attract the cells to invade the ovary leading to ovarian cancer development. The novel methodology employed in the published study may prove successful in studying other cancer types interactions with surrounding tissues, especially in the process of metastasis. Both, Burdette and Sanchez, are past CBC awardees. In 2014, Burdette and her postdoc, Georgette Moyle-Heyrman, received a CBC Postdoctoral Research Award. In 2016, Sanchez received a CBC Catalyst Award. CBC funding is acknowledged in the article.

Crosstalk between fallopian tube, ovary may drive the spread of ovarian cancer 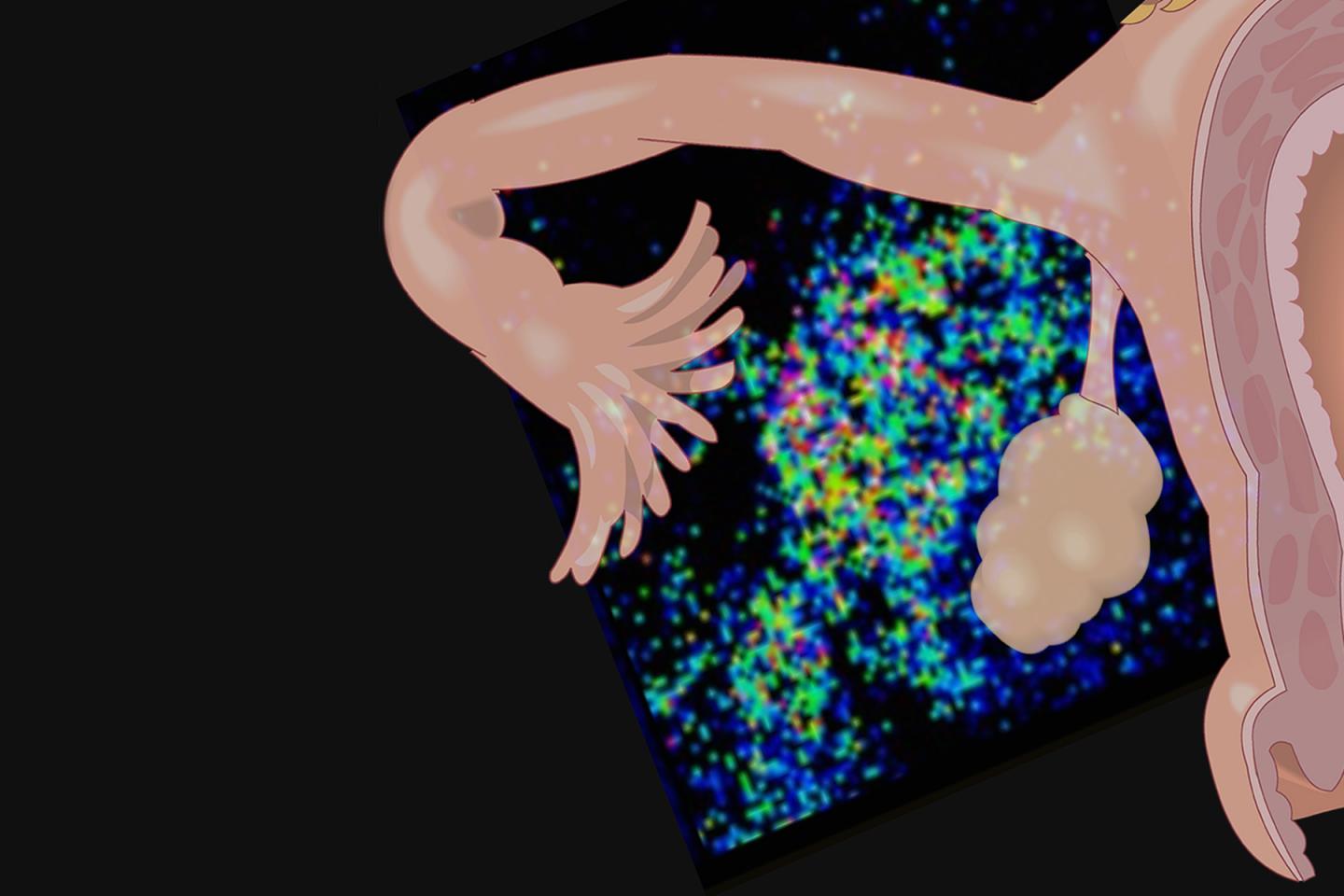 New research from the University of Illinois at Chicago shows that cancer cells in the fallopian tube affect normal chemical signaling between reproductive tissues and stimulate the release of norepinephrine, a small molecule hormone, from the ovary.

Reported in ACS Central Science, an open-access journal published by the American Chemical Society, the study suggests that cancer cells take over the communication between the fallopian tube and the ovary to create an environment that is more hospitable to its growth, and that the increased norepinephrine levels cause cancer cells to migrate from the fallopian tube to the ovary.

UIC’s Joanna Burdette, a co-author on the study, said it is a common misconception that ovarian cancer cells are formed in the ovary.

“Over the last several years we have come to learn that ovarian cancer cells, specifically high-grade serous ovarian cancer cells, originate in the fallopian tube and migrate to the ovary where they become established as ovarian cancer, the fifth leading cause of cancer death among women,” said Burdette, professor of medicinal chemistry and pharmacognosy at the UIC College of Pharmacy.

They found that the concentration of norepinephrine was significantly increased and centrally located around the ovary only when cancer cells derived from the fallopian tube were present.

“This tells us that the communication between the fallopian tube and the ovary changes as normal fallopian tube cells evolve to become aggressive, particularly when they are in proximity to the ovary,” Burdette said. 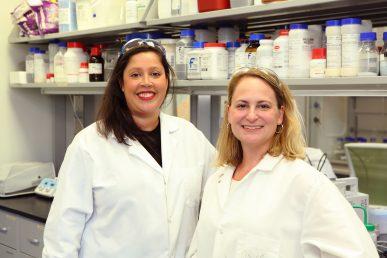 Laura Sanchez, the corresponding author of the study, said the findings demonstrate the important role of chemistry and chemical signaling in the development of ovarian cancer.

“When it comes to cancer research, chemistry has often been overlooked in favor of studying the impact of various proteins on cell signaling, but here we show that cancer essentially hijacks the whole chemical signaling process between normal tissues to its benefit,” said Sanchez, assistant professor of medicinal chemistry and pharmacognosy at the UIC College of Pharmacy.

“Using this novel mass spectrometry platform, we’ve been able to unlock one half of a complex puzzle. We now know that in the presence of cancer, the crosstalk between the fallopian tube and the ovary changes.” Sanchez said. “We don’t know yet what the fallopian tube signals to the ovary, but we know that it causes the ovary to release norepinephrine, which signals cancer cells to migrate.”

“The findings from this study shed light on new avenues researchers can explore in the search for better treatment protocols and, perhaps, even prevention opportunities,” said Burdette. “Any advance we can make to better understand ovarian cancer has the potential to improve outcomes, which tend to be worse in high-grade serous ovarian cancer than in many others.”

The American Cancer Society estimates that 22,240 women in the U.S. will be diagnosed with ovarian cancer in 2018 and that the majority (85 percent) will be diagnosed after the cancer has spread, making it more difficult to treat.

Sanchez said that the study results also highlight the utility of imaging mass spectrometry to study chemical communication between many different tissues and cells.

“This approach has the potential to be applied to a vast range of cell and tissue types to address many conditions,” she said.

Additional co-authors on the study are UIC’s Katherine Zink and Matthew Dean.

Adapted (with modifications) from the EureakAlert!, published on October 9, 2018.