Congratulations to Cathryn Nagler, PhD, Bunning Food Allergy Professor at UChicago. Her biotech company—ClostraBio—was recently highlighted in the Crain’s Chicago Business (see below). Nagler’s work focuses on new therapeutics that could halt the development of increasingly common food allergies. Prior work published in 2015 in The ISME Journal, “Lactobacillus rhamnosus GG-supplemented formula expands butyrate-producing bacterial strains in food allergic infants,” was partially supported by the CCSB/CBC Fellowship, awarded to Aly Azeem Khan—a postdoctoral fellow in her lab and co-author on the paper. This Fellows program was financed by the first CBC Lever Award (2008) to the Chicago Center for Systems Biology (CCSB).

This U of C startup thinks it can end food allergies 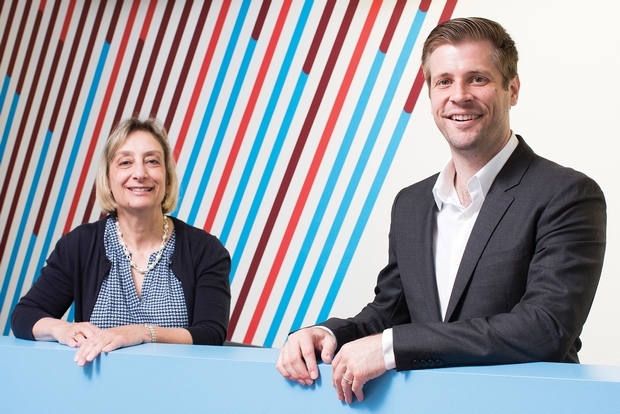 Experimenting in her University of Chicago laboratory, Cathryn Nagler says she’s on to a way to prevent allergic reactions to foods like peanuts by mimicking the behavior of certain bacteria that live inside us. But how does a professor of food allergies and pathology transform lab results into an actual drug that people can buy at pharmacies?

“Many companies were interested in our model, but they weren’t offering a lot of money,” Nagler recalls. So she turned to the university’s Polsky Center for Entrepreneurship & Innovation incubator for working space and backing. In June 2016 she co-founded ClostraBio as its president. Since then, her startup—the name derives from Latin for “barrier” —raised more than $1 million, including $200,000 from Polsky’s innovation fund.

Nagler, 60, dreamed of becoming an artist when she was growing up in Brooklyn, but she became fascinated with biology when she was a high school freshman. “I saw it as something creative, like art is creative,” she says. She graduated with honors from Barnard College, earned a doctorate at New York University’s School of Medicine and did a postdoctoral fellowship at MIT. She joined the U of C faculty in 2009 after 19 years of teaching at Harvard Medical School.

Nagler suggests that food allergies have become more common in recent years as a result of antibiotics killing off some of the bacteria that live inside every human body. “The microbes that populate all of us outnumber our body cells by 10 to 1,” she says. “So you’re mostly microbial.” And many of those microbes serve useful purposes. “They have co-evolved with our species over millennia. They eat what we eat. And we have taken many interventions that have changed their composition. The biggest offender is antibiotic use.”

While other scientists are seeking ways to put useful bacteria back into our bodies, ClostraBio is pursuing a different approach: synthesizing a metabolite—a chemical that comes out of those bacteria. ClostraBio co-founder Jeffrey Hubbell, 57, a professor at U of C’s Institute of Molecular Engineering who has started several other businesses, is constructing the drug, attaching the metabolite to a synthetic polymer.

The team has tested an early version of its drug on mice. “When we give our drug, they don’t develop the allergy,” says John Colson, 30, the company’s director of operations (and its only full-time employee). “When you don’t give the drug, they do develop the allergy.” It would take eight to 10 years of everything going right, however, to bring the drug to market, he says.

ClostraBio’s “approach is innovative and bypasses many regulatory hurdles associated with producing a live biotherapeutic,” Rob Knight, director of the Center for Microbiome Innovation at the University of California at San Diego, says via email. “Whether it works or not will remain to be seen in human clinical trials, but the idea is promising.”