Ever wondered why butterflies, seemingly identical in shape, come in different colors? In a recent Current Biology paper from the Kronforst group at UChicago, the researchers show that a single gene is responsible for a color of spots on wings of the butterfly species Heliconius cydno. The gene acts a suppressor of the ancestral yellow pigment, making the spots turn white. This same region of the genome appears also linked to the butterfly color mating preferences. Three CBC affiliates, Erica Westerman, Markus Kronforst and Stephanie Palmer, UChicago, are co-authors on the paper. Westerman—first author, and Kronforst—senior author are recipients of a CBC Postdoctoral Award (2014) that partially funded the published work. Palmer is a recipient of a CBC Catalyst Award (2015) and since 2017 has served on the CBC Catalyst Review Board. Congratulations to all authors involved in the study!

Heliconius butterflies are a diverse and colorful group of species that live throughout tropical regions of Central and South America. Many of them have wing patterns and colors that mimic other species to protect themselves from predators, and new research by scientists from the University of Chicago shows that in one species, Heliconius cydno, just one gene controls whether the butterfly has white or yellow spots on its wings.

To conduct the study, which was published Oct. 25 in Current Biology, the researchers developed a genetic map using white and yellow H. cydno butterflies. They then studied genome sequences to identify a single gene called aristaless1 (al1) that acted as a switch for yellow and white coloration.

Most Heliconius species closely related to H. cydno have yellow spots on their wings; H. cydno has subspecies that are either yellow or white. The researchers saw that the butterflies with white spots have elevated expression of al1 (i.e. it’s switched “on”), meaning that it may play a role in repressing yellow pigmentation from being produced. Using CRISPR/Cas9 gene editing tools, the scientists confirmed this function of al1. When they knocked it out (or switched it off) in embryos of butterflies that should be white, those butterflies developed yellow spots instead. 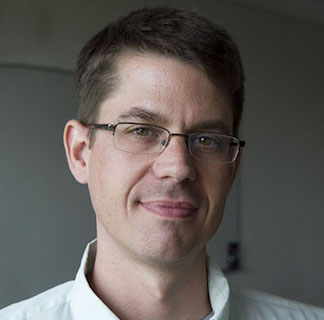 “For decades people have been cross-breeding these butterflies and they knew that this white vs. yellow switch was in one spot in the genome. They just weren’t able to trace it to the actions of a single gene,” said Marcus Kronforst, PhD, associate professor of ecology and evolution and senior author of the study.

“Now with CRISPR we can knock the gene out and see what happens. It turns out the evolutionary innovation here is not one species gaining a pigment, but instead turning on a gene to repress an ancestrally present pigment,” he said.

Kronforst and his team also traced the evolutionary history this color patterning by comparing genetic differences in the H. cydno version of al1 to those of other, closely-related Heliconius species. The white version of the gene appears to be a relatively new development. While H. cydno was the first species to develop white forms, there are signs of cross-breeding that introduced the white color into other species at a later time.

There is also evidence that the same gene may be linked to mating preferences for color. White H. cydno males prefer females with white spots; yellow males likewise prefer yellow females. Scientists have long known that genes for both color patterning and mate preference in H. cydno are located in the same area of the genome.

“Now that we know the molecular basis of the color, we can start asking how preference is linked to it,” Kronforst said. “Are they two genes near one another or is it somehow the same gene doing both jobs?”

While Kronforst and his team don’t yet know if mate preference is controlled by al1 or another gene nearby, the close proximity could account for the diversity of Heliconius species.

“Whether it was natural selection driving it or it was just chance that these two things are linked, that might be part of the reason why we have such a diverse group of butterflies,” he said. “When the color and preference for the color are linked together, it causes these things to evolve together very rapidly.”

Adapted (with modifications) from the UChicago Medicine, At the Forefront by Matt Wood, published on October 25, 2018.

November 10, 2017
▸ A counterintuitive “cost” of mimicry
A study co-authored by three UChicago evolutionary biologists with links to CBC