Congratulations to Teresa Woodruff and her team at NU for their hard work to achieve legislation covering insurance coverage for oncofertility treatment for cancer patients. The bill was signed on August 27, 2018, by Illinois Governor Bruce Rauner. Moving forward, each cancer patient will be guaranteed insurance coverage to seek fertility treatment. This is a milestone achievement for patients and their families as both cancer and fertility treatments are expensive. Woodruff is affiliated with the CBC via active participation in research developments resulting from two CBC Awards: 2015 CBC Lever and 2009 CBC Spark.

Illinois cancer patients no longer have to choose between costly life-saving treatments and preserving their ability to one day have their own biological children, thanks to a fertility preservation bill signed Aug. 27 by Gov. Bruce Rauner at Northwestern Medicine Prentice Women’s Hospital.

HB 02617, based in part on research and advocacy at Northwestern University, amends the Illinois insurance code to require oncofertility coverage.

“This is not just a signature on a bill; this is a signature event,” said Teresa Woodruff, ’89 PhD, director of the Oncofertility Consortium at Northwestern University and the Thomas J. Watkins Memorial Professor of Obstetrics and Gynecology. 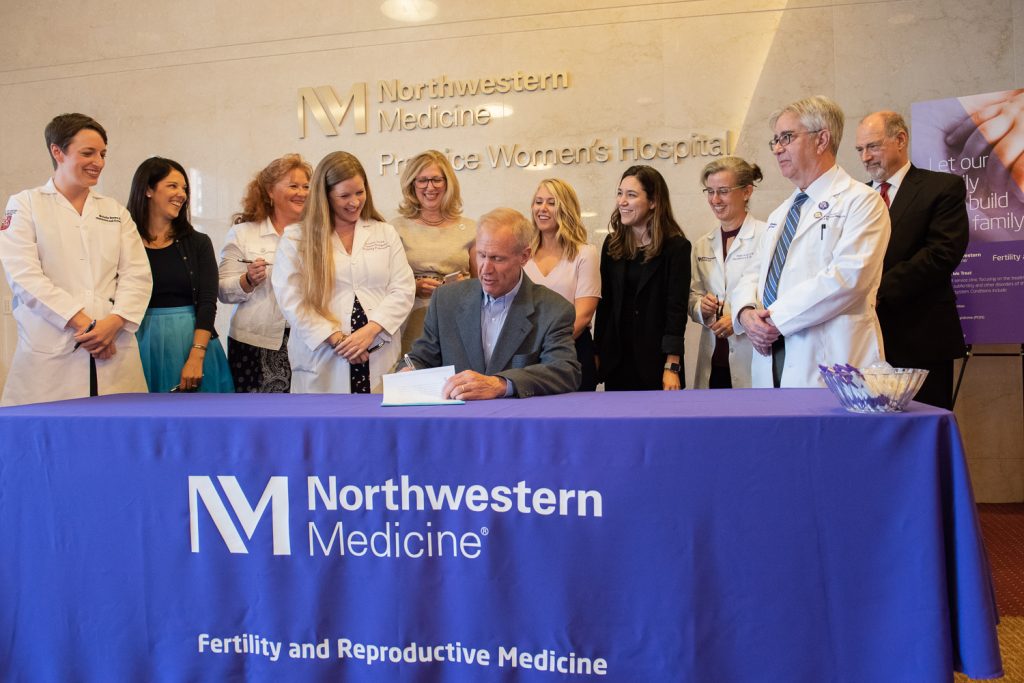 The interdisciplinary team of biomedical and social science experts from across the country was one of many healthcare providers that supported the legislation.

“This is a legacy moment when research, medicine and legislative decisions meet the needs of patients, families, citizens and Illinoisans,” said Woodruff, who is also Northwestern’s associate provost for Graduate Education and Dean of The Graduate School.

“Today we take a major step forward in protecting the fertility and the reproductive health of men and women who are challenged by cancer and cancer treatment,” Rauner said. “We want to make sure that every person who wants to be a parent at some point in their life has that opportunity. And today, we make Illinois a national leader in making sure that that’s the opportunity.”

In her role at Northwestern Medicine Fertility and Reproductive Medicine, which is the hub for the Oncofertility Consortium at Northwestern, Smith consults with all young, newly diagnosed oncology patients at the Lurie Cancer Center to help each patient understand the fertility risk associated with treatment as well as options for fertility preservation.

Among her patients was Megan Connolly, who spoke about her experience with oncofertility at the bill signing.

“Being diagnosed with a life-threatening illness like cancer at such a young age is absolutely devastating. But to also have to accept that your life-saving treatment may also leave you infertile and unable to have the option to have a biological child is overwhelmingly heartbreaking,” Connolly said. “At a time when patients should be focusing on getting better, one thing they should not have to worry about is coming up with the financial means to pay for fertility preservation.”

After consulting with Smith, Connolly made the decision to pursue egg harvesting prior to beginning cancer treatments. Smith helped Connolly secure funds to cover the medical costs associated with fertility preservation, which she could not have afforded otherwise. 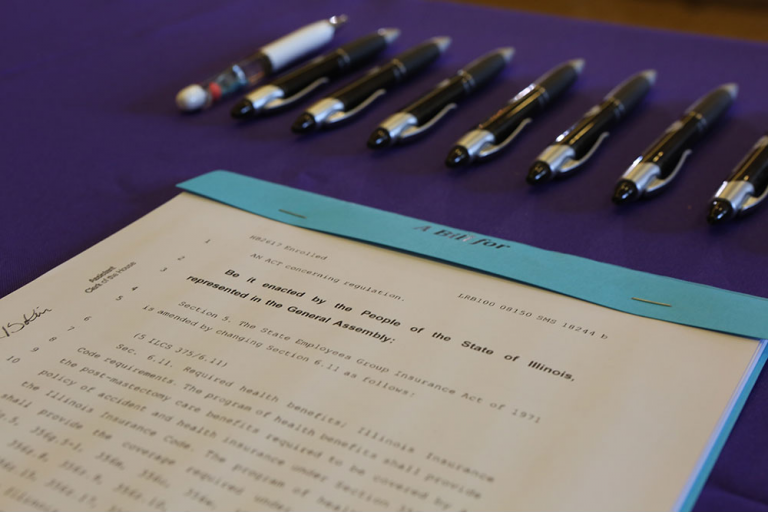 “This bill will give young patients excitement for their future, knowing that because insurance was able to cover the cost of fertility preservation, their dreams of one day having a family of their own will not be taken away by cancer,” Connolly said. “I am thrilled that patients now will not have to worry about the financial burden of fertility preservation and can look forward to hopes and dreams just like mine.”

“As you know, cancer has no economic boundaries, no socioeconomic boundaries — racial, ethnic, everything. It crosses all walks of life,” said State Rep. Laura Murphy, who sponsored the bill. “This bill is going to help more people seek the care that they need.”

Woodruff coined the term oncofertility in 2006 to describe the merging of two fields: oncology and fertility. Northwestern Medicine physician-scientists pioneered many of the techniques for fertility preservation and are internationally recognized specialists.

“Today, the State of Illinois recognized that preserving fertility in the cancer setting is a medical need and that insurance should be provided to ensure young adults don’t have to choose between life-preserving treatments and fertility interventions,” Woodruff said.

“This is a win for science and more importantly, this is a win for families. This legislation will help young people and families make crucial decisions and afford the treatments,” she wrote in remarks before the bill signing.

Adapted (with modifications) from the Northwestern Medicine News by Kayla Stoner, published on August 28, 2018.