A 2009 CBC Spark Award to Anthony Kossiakoff (UChicago) and Vladimir Gelfand (NU) allowed the development of a high-throughput technology platform to efficiently produce customized, engineered, “synthetic antibodies.” Advances made with Spark funding allowed Kossiakoff and colleagues to win a $12 million center grant from the NIH, which was matched with a $2.3 million Lever Award from the CBC in 2012. In July 2015, the pharma company Celgene committed to a 3 year, $25 million partnership to use the technology to develop next-generation cancer drugs based on synthetic antibodies. CBC investigators can access customized affinity reagents via the Chicago Synthetic Antibody Pipeline (CSAP). 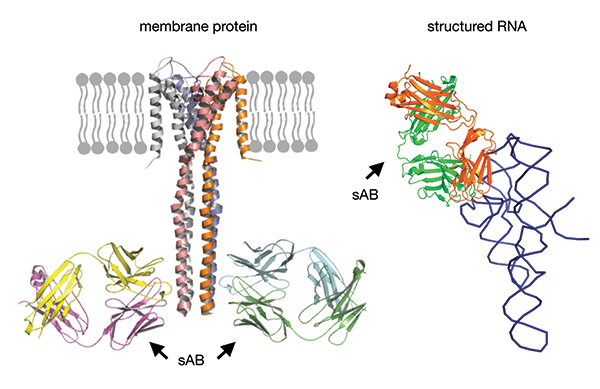